The Honest Company Wiki: Everything about Jessica Alba Company

What is the Honest Company and the valuation of the company

Have you heard about The Honest Company? What is it? What does it do? The Honest Company is a consumer goods company based in the United States. They are positioned as a provider of eco-friendly and natural baby products and home goods.
The Honest Company was born in 2012: Actress Jessica Alba is the founder and she had very good reasons to start this adventure. She was inspired by the birth of her first child Honor. and her search for safe, eco-friendly and affordable child-care products.
She was frustrated that she couldn’t find what she was looking for so she started researching and learning more about that kind of industry. She even tried to make her own cleaning products out of baking soda, vinegar, and essential oils, but she wasn’t successful there.
That is when she met Christopher Gavigan, he has led for seven years a nonprofit called Healthy Child Healthy World. Jessica asked him what to buy, and that was the start of The Honest Company. They started cooking up business plans and buying up Web domains with the word Honest.

Through her husband, she met Brian Lee, a serial entrepreneur notable for his startup success, he wasn’t on board from the beginning. That didn’t discourage her, she kept on researching the consumer goods market and eventually ended up in Washington, DC lobbying to update the legislation so the 1976 Toxic Substance Control Act could be reformed.
With all her research and new knowledge of legislation and markets, she went back to Brian Lee. He has had an incident with a product that compelled him to change his mind. This time he got on board and brought in fourth co-founder Sean Kane. Jessica and Brian put together $6 million of their own money to get the company off the ground and they started the process of going after additional funding.
The Honest Company experience an amazing growth in their first year, they hit $12 million in revenue in 2012. By 2014 they grew, even more, hitting $150 million. The company’s valuation by 2015 was over $1billion. Pretty impressive huh? Just a couple of years after launching, The Honest Company was a unicorn company.

The Honest Company funding over time

The reasons for this meteoric growth was due to two things: Several big rounds of funding over the years and a relentless focus on brand-building and social media reach. They build the business with a message. With all the funding they received, it was possible to grow the company´s team and the products they offered.
Instead of offering their products in physical stores they tapped into the eCommerce market. Their main focus at the beginning was building a subscription service for their #1 product: diapers. Jessica used her significant social media followers to promote the brand. She had been an advocate for natural and ethical child products for some time, so it was easy for her to connect with her 5 million followers and speak about that topic with authority.

As the company got more successful, they decided to grow the product offering (new lifestyle and home markets), this was not a good decision. By 2017 The Honest Company hit several difficulties concerning their products: the had to voluntarily recall their baby-wipes; the issue of an ingredient-labeling report; and a class-action lawsuit over the ingredients used in some products.
With all this trouble the company’s image was hurt and it cost them a lot of money, so the valuation of the company went down.

So after the storm, they had to make several changes; they had to change the company’s business model and they had to change leadership. They hired a new CEO, replace Brian Lee who previous, was the CEO. They acknowledged their mistakes by bringing research and development and quality insurance, all this in-house. They also decided to focus specifically on their best-sellers: the baby and beauty line of products.
The Honest Company made a comeback by refocussing on their mission, in what they believe:

We’re a wellness brand with values rooted in consciousness, community, transparency, and design. And we’re on a mission to empower people to live happy, healthy lives. Every day and in every way, we hold ourselves to an Honest standard. Because we believe that what you put on, in and around your body matters. A lot.

The Honest Company was born with the purpose to create safe and effective products for families. To make that intention a reality they have the Honest Standard, which is a set of guiding principles, a way they apply their values to innovation and development.
In the past 6 years, they have learned a lot, what works, what doesn’t and why and all of those learnings are compiled in this Honest Standard.

Who is Jessica Alba?

Apart from being the founder of the Honest Company, Jessica Alba is an actress that since the beginning of her career has played a variety of roles from light comedy to gritty drama. She was born on April 28, 1981, in Pomona, California. Her father’s name is Mark Alba and he served in the US Air Force. Her mother’s name is Catherine Jensen. She knew she wanted to be an actress at a very young age (5 years), so when she was 12 she took her first acting class.
Jessica is married to Cash Warren, since May 19, 2008. they met during the filming of Fantastic Four. They have 3 kids – 2 girls and a boy. The girl’s names are Honor, she’s 9 years old and Heaven is 6. They welcome their baby boy on December 31st of last year, they named him Hayes. Looks like the letter H is a favorite among the  Alba-Warren family.

Her acting debut was in 1993 in a comedy called Camp Nowhere. She was cast not in a principal role, but the actress who was dropped out, so Jessica stepped in and earned herself the first credit.
After that, she went on doing national TV commercials for Nintendo and JC Penneys, which lead her to roles in independent films. In 1994 she started doing TV shows, she had a recurring role in a Nickelodeon popular comedy series called The Secret World of Alex Mack.
What gain her worldwide recognition was her starring role in the sci-fi TV series Dark Angel. For this starring role, she received a Golden Globe nomination.

Do you remember a movie called Honey? Have you seen it? It was Jessica’s first major starring role, since then she has made all kinds of movies, from independent ones to blockbusters. In 2005 she starred in Sin City directed by Robert Rodriguez. It was an all-star cast, including Bruce Willis. It was a critically acclaimed movie and Jessica won several awards for this role.
She was part of the cast in The Fantastic Four (2005) as Sue Storm the “Invisible Girl”, this blockbuster was a worldwide box-office success with over $300m in revenue. Not bad.

Jessica Alba has her plate full, being a wife a mom of three, an active actress and a successful entrepreneur.

Diapers reviews of The Honest Company

The Honest diaper has some nice features and materials that make it eco-friendly and healthier for baby with TFC production and no perfumes or latex. However, it isn’t the best at locking away liquids or at preventing leaks, two critical components of a diaper. Because it has difficulty doing the main job of a diaper it is not a diaper we recommend.

What to Expect  also did a review on The Honest Company diapers, and this is what they said:

If the look of your baby’s diapers matters just as much as function, reach for these diapers. The cute designs just can be beaten, but even though the brand´s monthly bundle subscription option lowers the price a little bit, you still pay a premium for the designs. There’s no wetness indicator, but because the super-thin diapers expand when they get wet, you’ll be able to tell right away when your baby is ready for a change.

We have one more review, this one appears on Babble and was written by Katie Loeb. She started the post with this sentence: “This post is not sponsored by anyone except my bank account. Pinky swear.”

…the lack of chemical area huge pro to me, especially in light of the fact that nearly 6-month long contact rash has completely vanished.
… since making the switch we haven’t had any damp clothes of any kind.
Absolutely zero poop leaks after a month of daily leaks in our old diapers.
The lack of chemicals means they smell slightly more of pee than big name diapers.
They are slightly more expensive, per diaper, than what we’ve been using.

Sunscreen reviews of The Honest Company

Around 2015 The Honest Company started to receive negative reviews about their SPF’30 Sunscreen Lotion. Several sites including Amazon.com received reviews of angry parents saying that their kids were getting pretty bad sunburns after using the SPF’30 Sunscreen Lotion, even though they have followed the instructions on the tubes.

I wish I had read the reviews before I bought two tubes for spring break in Mexico. My kids got burned despite frequent application, but I told myself that it must be my fault b/c I wasn’t reapplying enough or they were in the water too much, etc. But today I wore this on my face during a regular Saturday in the city and I got serious color bordering on a burn. More like SPF’2 than SPF’30.

This product had been reformulated at the beginning of 2015, reducing the zinc oxide concentration from 20% to 9.3% claiming that it didn’t leave a white residue anymore. Past complaints about the white residue were the reason the company decided to reformulate. The Honest Company’s co-founders released a message to the customers in their Honest Blog to address this issue and to offer solutions.
Recent reviews of The Honest Company Sunscreen are a mix of good and bad reviews. We’ll leave a few of them so you think about it next time you have to buy a sunscreen.

In love with this sunscreen! My daughter stays protected throughout the summer with this. She’s been using it since she was under a year old. It never made her skin break out or become irritated. It lasts a long time and it waterproof. I’ll continue to use this as long as is available.

Very thick and leaves a white cast. Little to no smell. It was affordable, but I didn’t purchase again. It did prevent me from getting a sunburn, however, which is the most important thing. Couldn’t stand to use it on my face, so I used it on my body.

The natural side of this product by far a plus in my household because my 3-year-old has eczema so I always appreciate an all natural product. My only problem with this product is that is it extremely thick and leaves my daughter feeling like she’s covered in lotion. It’s overly priced but it is a good investment overall.

“I founded The Honest Company because I wanted safe, effective products that perform. After all, you shouldn’t have to choose between what works and what’s good for you.” -Jessica Alba
Even though they’re price products, they have a very good purpose, so maybe you should try them. 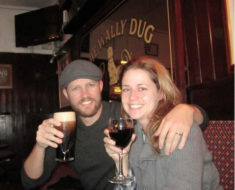 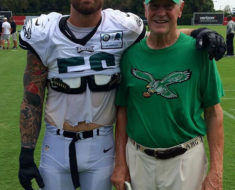 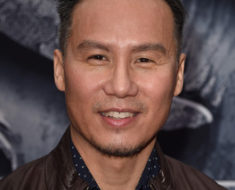 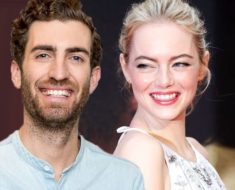