Red Marlow is a strong contender in The Voice. Here are a few fact about the singer, his life, his work, his belief and his journey in The Voice.

The singer from The Voice is of the age 40 and hails from Dickson, TN. That’s Red Marlow for you. He has taken the stage with his performance of the song Swingin in the blind audition. Blake Shelton and Miley Cyrus, both turned their chairs willing him to be on their team. While Miley Cyrus promised him that he will not be lost in her team of mostly women, he chose Blake.

A Little About Red Marlow

Red Marlow is the owner of construction company named Mr. Fix All. His age is 40. He is from Rogersville, Alabama and currently lives in Dickson, Tennessee. Red Marlow is a country music singer and has been performing around Nashville. His first performance was at the age of 6. By the age of 9, Red Marlow was regularly performing in church, mostly Bluegrass and southern gospel. Father of Red Marlow was a preacher. At 22, he decided to move to Nashville for boosting his singing career and ended becoming a demo singer. For fifteen years he earned his living by singing songs for songwriters. But recently he backed off from music for supporting his parents.

Songs And Albums Of Red Marlow

Until now, Red Marlow has three albums to his name When The Sun Shines Too, Fire It Up and Red Marlow. All the three albums came out in 2014. The album The Sun Shines Too has songs like If Colours Could Talk, New Life Or Bust, I Want Some More Of That, Pretty Face and the title track. Fire It Up has the title track, When I Get Back On My Feet Again, She Looks Good On Me, Crazy Exes and It Won’t Be Long Now. From Red Marlow you can hear Feel One Comin’ On, Whatcha Think About That, Man Like Me, Like Waylon and Driving Like Hell. Whatcha Think About That is also a song from Pussycat Dolls. You can view his songs like New Life Or Bust, When The Sun Shines Too, and other songs on YouTube. His net worth can be measured in songs.

In an interview after the blind audition, Red Marlow said in an interview that the song Swingin came out when he was in the kindergarten. He remembers one of the high schoolers singing that song in a concert held in the gym of the school. He was just a kid then. Red Marlow doesn’t remember the real name of the singer at the concert but he remembers that song pretty well. He always felt that the song was, as he says, hillbilly, just like him. He felt the song is a perfect fit for him so he selected the song for the blind auditions in The Voice. It is a country song and he loves country songs, in fact, he loves anything that’s country. Blake was always the first choice of Red Marlow for the mentor. According to him, he had met Blake several times through the year although he is pretty sure Blake doesn’t remember. For a few moments, he felt torn between Blake and Miley Cyrus. Her promises to let him be him and do the country music almost had him. Red Marlow was confused and it was then he looked at his wife mouthing Blake’s name, insisting him to join Blake. Although he had Blake in mind since the start but Miley was convincing as well.

In the episode of The Voice that aired on November 8th, Red Marlow demonstrated the understanding of his own style of music. The way he sang “Outskirts of Heaven” was simply beautiful. He took the advice of Blake and his advisor Kelly Clarkson given during the rehearsals and brought out the emotions of Campbell’s story. It was just a beautiful moment of storytelling. Following week on November 13, Red Marlow continued his journey in The Voice with a cover of Vern Gosdin’s “Chiseled In Stone”. He also spoke about the importance of family and God to him. And in the words of Blake, he has heard more in the singing of Red Marlow than ever before. And Jennifer Hudson said that his presence is so strong that you can’t help knowing that Red Marlow is here. Miley Cyrus wishes he was on her team because she could see he has a great chance of winning.

Everyone loves the voice of Red Marlow and the magic that he creates through his singing. He is as country as it gets and that’s his net worth for everyone. Adam Levine is his fan and his fans are drooling all over him. People want to be his friend and appreciate him for bringing forward the old time country music. The Voice has won four Emmys for Outstanding Reality-Competition Program and this season it has come with the strongest vocalist from across the country. It will be fun to see if Red Marlow beats them all and becomes the one or someone else proves to be better than him. 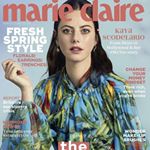 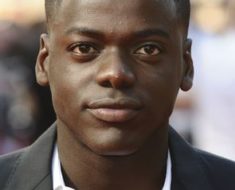 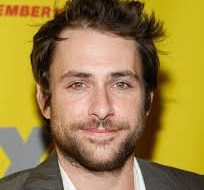 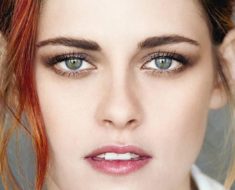