Get to know more about the movie actor, Michael Fassbender. Below are facts about him that you probably didn’t know, including his net worth.

#MeToo has been here for a while, and some women who are either celebrities or were involved with other stars have come out to speak about being victims of sexual assault. Ever since Harvey Weinstein was smoked out as an abuser, it has been a usual thing someone coming out and saying that a certain celebrity abused them. One of those celebs accused is Michael Fassbender, who, according to Daily Mail, abused his ex-girlfriend, Sunawin Andrews. Fassbender is currently trending for being the husband of Alicia Vikander. Michael Fassbender is a German-born and he is from Ireland. The movie actor is known for his role as a “Spartan” warrior and also in “The Band of Brothers miniseries that aired on HBO in 2001. But do you really know all about Michael Fassbender? 40-year-old Fassbender was born in Heidelberg, Germany. His mother is known as Adel, and she is Irish while his father Josef Fassbender is German. When Fassbender turned two, his parents moved with him to an Irish town known as Killarney, County Kerry. Fassbender’s father secured a job as a chef at West End House restaurant where they also lived. The reason why his parents moved to Kerry was that they wanted them to grow up in a countryside instead of an industrious town. Fassbender grew up a Roman Catholic and even served as an altar boy at the church where he and his family used to back in the days. The movie actor has an older sister, Catherine, who is a neuropsychologist. Michael Fassbender and his sister used to spend summer holidays in Germany, and he is a fluent German speaker even though he stated that before filming “Inglourious Basterds” that he needed to brush up a little bit on his spoken German because he felt it was a bit rusty. The movie actor attended Fossa National School and shortly after he graduated, he joined the St. Brendan’s College. But he never thought of being an actor until when he turned 17 when he landed a role courtesy of Donal Courtney. Fassbender then moved to London when he was 19 where he studied at the Drama Centre London which is a constituent school of Central Saint Martins. Probably because he had to make some money and pay his bills, Fassbender dropped out of the Drama Center in 1999 and started touring with the Oxford Stage Company and together they performed the play “Three Sisters.” Before becoming an active actor, Fassbender worked as a bartender and a postman. He even worked as a market researcher for the Royal Mail and also worked for Dell computers.

The rise to stardom

Fassbender’s debut screen role was in the TV miniseries, “Band of Brothers” on 2001 before he got other roles in “hex” and “Sky One.” Fassbender was also the main character in The Cooper Temple Clause’s “Blind Pilots” song where he plays the main role of a man who changes into a goat juts because he is wearing a cowbell necklace. He landed several roles later and has appeared on tens of movies and TV shows including “Kung Fury”, “X-Men: Dark Phoenix”, “300”, “Assassin’s Creed”, “12 Years a Slave”, Inglourious Basterds”, and “Prometheus.” The movie actor has made quite a decent net worth from the roles. The film “X-Men: Dark Phoenix” is expected to premiere this year and Fassbender has a production company that he co-owns with Ronan Bennett who is a Hollywood screenwriter. The company is known as Finn McCool films, and together they are working on a documentary known about a hero known as Cu Chulainn who is an Irish mythological legend. It seems that Fassbender is passionate about entertainment and the movie actor has bigger plans for his fans.

Michael Fassbender is out of the market!

Michael Fassbender has a pretty wife known as Alicia Vikander. Alicia spoke about her husband and how the met, and it an exciting story. She revealed that she never spoke to her Fassbender the first time they met and the following times they met. They would just hold and dance instead of talking about their chemistry. The actor and actress who starred on “The Light Between Oceans” said that they first bumped into each other in Toronto International Film Festival back in 2014 and again at the BAFTA months later. The “Kung Fury”, “X-Men: Dark Phoenix”, “300”, “Assassin’s Creed”, “12 Years a Slave”, Inglourious Basterds”, and “Prometheus” actor married Alicia last year on October after dating for three years. The couple then moved to Lisbon together and Alicia was quoted saying that Brexit played a massive role in influencing their decision to move from London. She said that when she met Fassbender, he mentioned to her that he once stayed in Lisbon and she knew friends who were moving to the city, so it was convenient for her to live there too. She also said that there was a time when she felt at home when living in London but after Brexit, she thought she would want to stay in Europe, so she had no other options but to take memories of London with her. The world inclusive of Fassbender can’t wait to watch the “Tomb Raider” reboot which will be at the Cinemas on March 14.

The #MeToo campaign is up and many women are coming out. One of them is ex-model, Sunawin Andrews. The incident happened almost a decade ago and the domestic abuse claims by Andrews against Michael Fassbender. Andrews. 44, asked for a protective order from the court against the actor in March 2010 and alleged two instances when Fassbender caused some severe injuries on her according to Daily Mail which obtained some Los Angeles court papers linked to the case. The model claimed that the “Kung Fury”, “X-Men: Dark Phoenix”, “300”, “Assassin’s Creed”, “12 Years a Slave”, Inglourious Basterds”, and “Prometheus” actor threw her over a chair that she broke her nose in 2009 just because she woke him up. Fassbender was drunk at the time. The same year, according to the documents, the enraged Fassbender allegedly dragged Andrews with his car because her former boyfriend said hey to her while they were having dinner. The incident left her with vaginal bleeding, blown out kneecap, a twisted ankle, and a ruptured ovarian cyst. She had to pay up to $24,000 in medical bills. Despite the allegations, Fassbender looks unshaken and his reputation is still unscathed. Fassbender even went ahead to marry Alicia in a secret wedding in October probably to show the world that he had swept it all under the carpet. Daily Mail tried to reach Fassbender, but he was not available. The former model filed the petition in at the L.A. Superior Court in March 2010, but the last incident of the alleged abuse happened on November 18, 2009. It’s hard to understand why she filed the protective orders some months after the last incident but she explained that she was seeking the orders when the Fassbender was shooting films outside the US. The model also stated that she was living alone with her two children who were 18 and three back then and added that she feared for her safety and requested the court to order Fassbender to stay at least 100 yards away from her family. Narrating the incident that happened when she was having dinner with Fassbender, Andrews said that the movie actor became enraged because Andrew’s ex-approached the table and said hello. Fassbender started drinking and became angrier. Her friends became so concerned about her that they followed Fassbender’s car until they reached their home. She added that Fassbender was driving so fast and screaming at her and she asked him to stop the car because she feared for her children who were asleep and also an accident. When they reached home, Fassbender dragged her with the car. It wasn’t sexual assault like what happened to Weinstein’s victims, but regardless, women shouldn’t undergo any form of abuse. They don’t deserve it.

Facts about the movie actor and his net worth

Michael Fassbender was promoting “12 Years a Slave” in Toronto when he discovered a luxury of infrared saunas. Since then, it has become a luxury that he loves. He said that he usually follows that with a swim and that the infrared sauna is not as hot as a normal sauna. He felt it heating him from the inside out. So since then, he has loved ‘lazy man’s workout,’ as he described it and he hits the steam room or sauna before starting off his day. He described the feeling as relaxing and amazing stating that when one’s body is relaxed, it becomes more efficient.

Fassbender said he was willing to cross to the dark side

Fassbender played the role of the slave owner, Edwin Epps in the movie “12 Years a Slave” and his performance was considered one of his best. He said that he felt a huge responsibility to show the character and his effect on the world. Fassbender then got a role in “The Counselor,” and he depicts a criminal who is arrogant, greedy and drives a Bentley he can barely afford. He enjoyed playing that role to shew a common thing in the Western society.

There were rumors that he had broken up with Alicia

Fassbender and his wife Alicia Vikander have managed to keep their relationship away from the spotlight, but something would still come out. There were rumors in March last year that they had broken up and a magazine stated that Fassbender was nowhere to be seen as his wife won an Oscar in the 88th Academy Awards. However, Gossip Cop later said that the rumors were not actually true as a source close to them had confirmed that they were together and happy as usual.

According to Celebrity Net Worth, Fassbender has a net worth of $30 million. The movie actor has made most of his net worth from roles in “Kung Fury”, “X-Men: Dark Phoenix”, “300”, “Assassin’s Creed”, “12 Years a Slave”, Inglourious Basterds”, and “Prometheus.” He also has a production company that is adding something to his net worth.

Sometimes it is good to let the past go and have a happy life, but Fassbender should at least apologize to Andrews if she abused her. Apart from that, the world wishes him all the luck in his marriage. 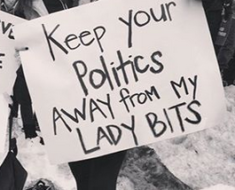 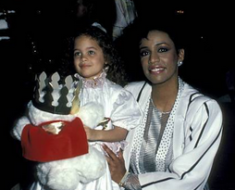 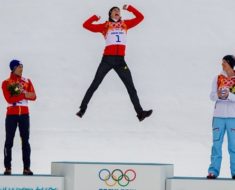 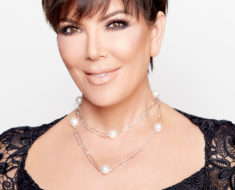 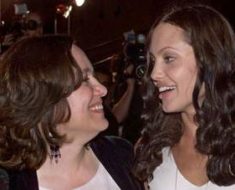