Get to know more about Neri Oxman, who is a super-talented architect. Below are facts to know about her. Oxman’s net worth is not clear though

We all love Brad Pitt. The guy has been entertaining us with his movies since the 90s and he still does it so well. It’s not only his talent that makes us want to hold his hand, but also his look and demeanor. Girls want to see him shirtless, guys want to be like him, and every actress wants him in her bed! Brad Pitt is a phenomenon, such that big and small publications are covering his stories day in day out. Now, Pitt is rumored to date Neri Oxman, a sassy and sexy girl who is a designer, architect, and professor at the MIT Media Lab. Pitt’s story with Oxman is not much, but his past with Jennifer Aniston and Angelina Jolie is raising eyebrows on how he managed to switch so fast. It’s fascinating, however, how Brad Pitt’s manages to play with the minds of beautiful women who have more than beauty to offer and hard to get. An architect, designer and professor? The 42-year-old Neri Oxman was born and raised in Haifa, Israel, and is the child of Robert and Rivka Oxman who were also architects. Oxman was raised up between nature and culture, according to her and she spent time at her grandma’s garden and also her parents’ architectural studio. In 1997, Oxman moved to Jerusalem to join Hebrew University’s Hadassah Medical School. Two years later, she switched to studying architecture at the Technion-Israel Institute of Technology and then transferred to London Architectural Association School of Architecture where she graduated in 2004. In 2005, she moved. In 2005, the architect, designer and professor moved to Boston to take the architecture Ph.D. program at MIR, under William J. Mitchell, an adviser in the institution. Her thesis was on material-aware design. In 2010, Oxman was announced an associate professor at MIT.

You can see the work by Neri Oxman displayed in national and private buildings and she even has pieces in the permanent collections of the Museum of Modern Art, Centre Georges Pompidou, Cooper Hewitt Design Museum, Vienna’s Museum of Applied Arts, SFMOMA, and Boston’s Museum of Fine Arts and also the Museum of Science. Her exhibits have been shown to the world at the Smithsonian and also the Beijing International Art Biennale. Oxman is so smart in what she does that she published papers on parametric and contextual design and went ahead to develop some engineering techniques to realize the designs in different materials. Currently, she is an architect, designer and professor at the MIT Media Lab where she is the leader of Mediated Matter research group. What makes Oxman stand out is her art and architecture that is a combination of design, computing, biology and materials engineering. Her kind of job embodies environmental design and digital morphogenesis and she comes up with shapes and properties determined by their context. Neri Oxman was previously married to Osvaldo Golijov and they are now divorced. She is a recipient Vilcek Prize and The Earth Award.

Kim Jon-Ung still has the missile button in his office, Donald Trump is trying to make Stormy Daniels shut up and The First Lady is just okay with what probably happened. But should we always take things seriously and stick to the serious stuff? Now here is the joy, Brad Pitt has a girlfriend. Can we hear some pop sounds? The last we heard, our beloved hunk man, Brad Pitt was heartbroken and was sleeping on a friend’s floor. Some girls were just crying over that, literally. I mean, why would Pitt sleep on the floor and yet there were a million beds in the world he could put his weight on and share memories with lonely lasses? It’s been a year and a half since he broke up with Angelina Jolie and it’s apparent that the 54-year-old actor is smitten with Neri Oxman. She works thousands of miles from Hollywood, but that hasn’t prevented Brad Pitt from falling for the genius. According to Page Six, Neri Oxman was seen spending some time with Brad Pitt after they met through an architecture project at MIT. A source revealed that Oxman and Pitt hit off from day one because they share the same passion for architecture, design, and art. It looked a professional friendship but hold your horses, there is something more than what met the eye. Before Pitt came to the picture, Oxman was dating the billionaire, Bill Ackman, but they stayed together for only seven months. Ackman’s team didn’t comment on the issue. The billionaire is the founder of hedge fund, Pershing Square Capital, and was one time called the next Warren Buffett. What Pitt didn’t realize at first was the fact that he was dating an ex-military. Yes! Neri Oxman was in the Israel Army because the constitution of the country states that very youth should join the army before proceeding with college.

There were fake rumors that Jennifer Aniston is worried

There is a new tabloid in the World Wide Web which some of its debit stories is the story about Jennifer Aniston being worried about her relationship with Brad Pitt. The actress was worried that Pitt will dump her for MIT Media Lab professor and the winner of The Earth Award, Neri Oxman. Oxman has designed buildings and who knows if she will be designing her own “building” with Pitt? The gutter press knows. The story about Brad Pitt being with Neri Oxman is true, but he with Aniston is ridiculous and untrue. The ex-spouses have no sign of coming together once again and how can you be worried about someone you are not dating? It’s possible, but Aniston has said countless times that she moved on from Brad Pitt. Rep from Pitt and Aniston told Gossip Cop on different occasions that there is no chance of them uniting. New Idea magazine, however, insists that the exes are back and reported that Anniston felt threatened by Pitt’s closeness with Oxma whom he came across when he was at the MIT Media Lab last year. The magazine also reported that it had a source who told them that Brad Pitt was responding to Aniston that they were just good friends and nothing was going on between them, but Jennifer still went on being suspicious and hope that Pitt would live Oxman. The source said that Jenn was jealous of Oxman. The outlet went on to fabricate that Aniston felt like she wasn’t in the same league with Oxman and she felt inferior to herself. They also insinuated that Jenn wanted her relationship with Brad Pitt which they had given it a second chance to work out and she didn’t want to be dumped by the actor for the second time. The gutter magazine even stated that Jenn feared that Pitt would destroy her for life and at the time when Oxman came to the picture, Jenn and Pitt were planning a wedding. Aniston couldn’t stop being jealous and feeling betrayed, but it’s all lies and fabricated. Brad Pitt is not going back there, most probably.

According to Daily Mail, Brad Pitt probably wants to forget all about his ex-wife and the mother of his kids, Angelina Jolie. But there are some outfits that Neri Oxman wears that might remind him of Angelina. The designer, architect, and professor at MIT media lab wore a head-to-toe black which is one of Jolie’s signature styles. Oxman who received The Earth Award was seen arriving at her home in Cambridge, Massachusetts. The black-haired gorgeous opted for skinny jeans and a fitted long-sleeve top with cute booties and a turban-style hat, all black. The over-sized shades Oxman rocked gave a perfect celebrity look.

Facts to know about the architect and her net worth

In 2014, Oxman designed prototypes for a clothing collection known as Wanderers. Wearable avant-garde pieces were made to hold microbes that could help the wearer to survive in hostile environments. Oxman and her team at MIT Media Lab, later on, created some death masks series, with a collaboration with 3D-printing company known as Stratasys that integrate data and it included a map of one’s facial features, a heat map for their last breath, and the path the breath follows across their face and created some visually stunning designs.

One of her distinct works involved silkworms

Oxman is the founder and heads the Mediated Matter group with the MIT Media Lab which focusses on nature-inspired designs as well as design-inspired nature. One instance of such is “The Silk Pavillion” which is a geodesic dome created by a high-tech 3D printer and then reinforced by the threads of 6.650 silkworms. She said that they managed to motion-track the silkworm’s movements as it was building its cocoon. She added that they aimed to translate the motion-capture data onto a 3D printer connected to a robotic arm so that they could study the biological structure in bigger scales.

She likes to keep her clothing simple

Neri Oxman’s job is so complex that she likes to keep her clothing just simple. The architect, designer, professor who is also the winner of The Earth Award, told Globe back in 2012, that her job is complex and multifaceted and she loves to simplify it in her way of dressing. Most of the time she wears simple clothes. She appreciates Celine and Jill Sander in particular.

Oxman has spoken about Pitt before

Last year, Oxman was asked if the field of architecture was unique in having more males, and she cited Brad Pitt and George Clooney. She said that for the same reason the industry had Brad Pitts and George Clooneys, it was part of human nature to idolize stereotypes.

Neri Oxman’s net worth is still under the carpet, according, but of course, she has some net worth. She has made a net worth from doing what she loves, designing buildings, architecture, and also being a professor in an institution that she attended, the MIT Media Lab.

Oxman’s success in her career is a blessing and she is an inspiration to many girls and a challenge to men in the architecture. She received The Earth Award because she’s a big deal. 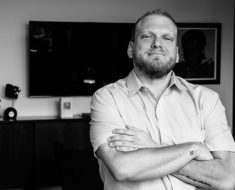 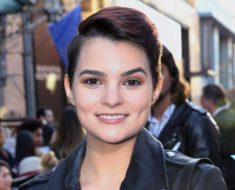 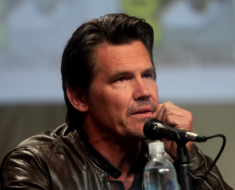 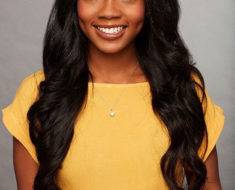 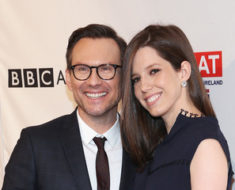