Kimberly Anne Scott and how she started and ended with Eminem.

Who is Kimberly Anne Scott

Most notably known as Eminem’s ex-wife and high school sweetheart, Kimberly Anne Scott (or Kim) had been in a turbulent on-again-off-again relationship with the rap star. Not only was she having trouble in her married life, but she also got involved in a few legal issues which earned her countless news mentions and controversial headlines. Her life went through serious public defamation back in 2007, but she has since successfully stayed away from the public eye. Both, her and Eminem share the legal custody of their only child, Hailie Scott.

Kim was born in Warren Michigan, on 9th January, 1975. She hasn’t publicized her background all that much, but researchers have dug deep to find out that she was born to Kathleen Sluck. She and her mother lived with Kim’s step-dad before they fled away upon finding out that he was an abusive alcoholic. As messed up as that past is, Kim hasn’t ever publicly disclosed that to gain sympathy or to build a heroic representation of girl power. All of this has always been kept pretty private.

How Her Relationship with Eminem Started

The duo, Kim and Eminem, started dating distinctively back in 1987. Sources do say that Eminem’s mother, Debbie Mather, didn’t necessarily have a positive take on their relationship. That was termed to be one of the reasons why the couple had to eventually move out of the neighborhood later on. Things just got worse from these though, but that’s a whole another story. Kim said the following about the ‘hood’ they lived in;

“The neighborhoods we lived in fucking sucked. I went through four TVs and five VCRs in two years.”

Throughout the time they both were together, the love didn’t run out. They were always affectionate towards each other, but the relationship had its fair share of animosity too.

One statement from Proof, Eminem’s closest friend, explains this complex state about their bond; “One time, we came home and Kim had thrown all his clothes on the lawn… and Em’s like; I’m leaving her, I’m never going back. The next day, he’s back with her. The love they got is so genuine, it’s ridiculous. He gonna end up marrying her. But there’s always gonna be a conflict there.”

Well, as the future rolled out, it turns out Proofread the couple perfectly and was pretty spot on in his prediction about them. Every fanboy knows the ‘Slim Shady’ persona of Eminem, and many believe his complicated married life to be the reason behind Slim Shady’s existence.

The Birth of Hailie Scott

Hailie Scott, the angelic-looking brunette that we’ve all seen by now, was born on 25th December of 1995. Christmas Eve brought the biggest gift this couple could have asked for, and many of their statements confirm how much Hailie means to them. Eminem was publicly heard saying adorable things like ‘She’s the biggest gift I could ask for. I love her a lot’. Every hardcore fan knows what she means to this superstar. The protective father doesn’t allow the slightest bit of disrespect to be thrown towards her from anybody.

Back in the day, when it wasn’t so easy to feed his family, he used to reportedly work 60 hours a week inside a restaurant. This commitment almost brought a sad end to his all-time dream of scoring it big in the hip-hop genre.

Mazur, one of his former bosses, has stated to a magazine, “He didn’t want his daughter to grow up like he did, living from day to day and moving from week to week.”

Working 60 hours a day didn’t stop this legendary public figure to pursue his rap career. He kept recording demos in the basement of the same restaurant on his off time. The world gives him well-deserved props for what he is now, and how he got there on his own two feet.

How Her Relationship with Eminem Ended

It had been 12 years since they first started dating in 1999. That’s when the couple decided to finally tie the knot. But, only a couple of years after, they decided to end the marriage in 2001. The main reason behind this split was drafted out to be Eminem’s song “Kim”, where he raps about murdering her. He went on to play this song in his “Up in Smoke Tour” which reportedly further enraged her, boiling even more apprehension in the already-troubled relationship. Kim followed this up with a surprising attempt at suicide when she slashed her own wrists and was immediately rushed to emergency.

Following this suicide attempt, Eminem decided to file for divorce. Kim, in retrospect, ended up suing her ex-husband for public defamation in the controversial song ‘Kim’.

At the innocent age of 13, Kim came across a downcast boy, named Marshal Bruce Mathers. They ran away in 1987 together and were later brought back home by Eminem’s mom. They had first locked eyes with each other at a house party where Marshal sand ‘I’m Bad’, one of his favorite songs, standing on a table half-nude. Later, he brought Kim home after asking her mom for permission to let her stay at his place. So began the love life that would last over sixteen long years, filled with love, romance, complication, rage, marriage, and divorce.

2. She Also Had a Twin Sister

Kim had a twin sister named Dawn. They had both run away together, fleeing from their abusive alcoholic step-dad who reportedly sexually harassed the sisters. They settled in a shelter just outside Detroit city at a pretty young age. Unfortunately, Dawn died in 2016 due to a suspected drug overdose. She was found dead in Macomb County, Michigan, according to witnesses. Kimberly posted a heartfelt message as a tribute to her late twin sister, saying “Dawn was my sweet, beautiful sister who lost her way. I kept a light lit for her hoping she’d find her way back to me. I miss her and love her more than anything I could ever say. I wish she was here so I could hug her and tell her I love her.”

The couple got married twice and divorced twice. After their first divorce in 2001, the couple got back together in 2006. Even though Eminem stated in 2002, after his first divorce, “I would rather have a baby through my penis than get married again.”

However, that marriage also turned out to be a bad decision. In the same year of marriage, the couple parted ways and got divorced in late 2006.

In 2003, Kim was pulled over driving unsafely with a license that was suspended. She was found with drug possession and was consequently charged with a felony. She had also been arrested and charged with cocaine possession previously in 2001, according to Rolling Stone – but she had not been convicted.

She pleaded innocent against the charges from such arrest and was sentenced to a month in jail.

She Admitted to Attempting Another Suicide in 2015

Kim also admitted that in October 2015, what had gone down as a ‘drunk driving incident’ was actually a suicide attempt made by her. She drank before getting behind the steering wheel of her black Escalade, with the pure intention of crashing it. The crash occurred in Macomb County, and Kim luckily survived it – marking her second unsuccessful suicide attempt.

As she’s the ex-wife of a world-famous legendary rapper, her net worth stands around $2 million according to recent estimates. Her ex-husband has unbelievably huge net worth figures that remain around $220 million. For the divorce settlement back in 2001, Eminem was ordered by the court to pay $52,000 annually to Kim for child custody and spousal support.

Things aren’t too tense between the departed couple anymore. They both share the custody of their beloved daughter and still see each other occasionally. Kim has cleaned up her life quite a lot, in spite of the supposed problematic influence, Eminem seems to have had on her. Hailie has had a normal upbringing, with a conscious attempt to not let her get affected by the rocky relationship of her parents. Having written over a dozen children’s books, Kim is an American mercenary illustrator and an author and makes a good living.

The world-famous rap star that we all know, Eminem, wasn’t just in the news for his controversial art work. Many times his name was thrown into headlines due to his volatile relationship with his ex-wife; Kimberly Anne-Scott. Recently, the internet went super crazy over emergence of a series of sensational Instagram posts uploaded by Hailie Scott, their only daughter. She’s the girl over whom Eminem has dissed (and pretty much ended the careers of) famous rappers like MGK, JA Rule, and Benzino. These posts of Hailie made people wonder more about her mother – Kimberly Anne Scott. Some posts gave the credit of Hailie’s beauty to her mom, and that stirs up curiosity about who this woman was. If you were wondering about her as well, then this article was written for you. Hopefully, all your questions have been answered in this deep dive into her past and present. 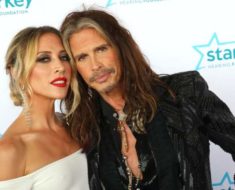 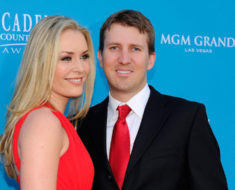 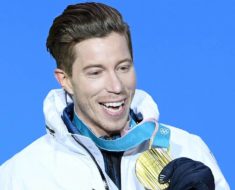 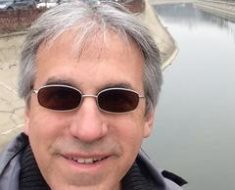 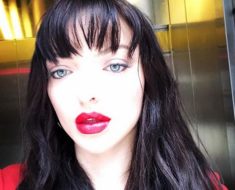