Get to know more about Nelson Agholor’s girlfriend, Viviana Volpicelli. Below are facts about the sexy Italian model and beauty blogger.

If you a Philadelphia Eagle’s fan, you must be know something about Wide Receiver Nelson Agholor. His first two years in the team were disastrous but in 2017 everything changed for the better. Agholor has a hot girlfriend by the name of Viviana Volpicelli who also just happens to be a model and a beauty blogger. She is very active on Instagram and if you want too, you can feast your eyes on her amazing photos. Volpicelli is Italian and she seems to enjoy the finer things in life including the fact that she happens to be dating one of the top football players in the NFL. At just 24 and 22 years of age, this young couple looks pretty amazing together but who exactly is Viviana Volpicelli? Viviana Volpicelli was born in Southern California in an Italian family. She attended the University of Southern California and graduated with a Science degree. Volpicelli also studied at the USC’s Sol Price School of Public Policy where he majored in real estate development. She graduated from the institution in 2017. One of the questions people ask about her is whether she went under the knife to have procedures done on her. But unlike several stars, Volpicelli didn’t have any surgical procedures done on her to enhance her backside, hips and lips. There are no photos anywhere including her Instagram showing that she underwent surgery. Nelson Agholor’s girlfriend is all natural.

Agholor and Volpicelli have been dating since the middle of 2017. She first gained attention when Volpicelli posted a photo of them together on his Instagram handle in October 2017. As a sign of support during Super Bowl LII, Volpicelli showed up at the game to cheer on her man. After winning, the lovely celebrated in style, but one thing is sure, Agholor has an excellent package hanging on his arm because Volpicelli is super hot.

Volpicelli and Agholor met in college

Agholor and Volpicelli met at the University of Southern California where both of them were while Agholor was played football for the USC Trojans. He played for the Trojans between 2012 and 2014. Later on, during his junior year at USC, Agholor left the team to enter the NFL Draft The Eagles drafted Agholor as the NFL Draft’s 20th pick in 2015 and he’s been playing for the team ever since. He posted a photo of the two of them on Instagram last month and wrote on the caption that he was walking into 2018 with his best friend and the love of his life. He then went on to thank her for dealing with during the time they have shared together.

According to Volpicelli’s Facebook profile, she is a California native. Before attending the University of Southern California, she graduated from Palos Verdes High School. Volpicelli’s father is Dr. Anton Volpicelli, a physician workng in occupational medicine as managing physician of the U.S. Healthworks Medical Center located in El Segundo, California. Volpicelli’s mother, Diana Volpicelli works at the real estate as a manager.

As mentioned above, Volpicelli has her own website, vivianavolpicelli.com where she writes and shares advice on makeup, skincare, fashion and other topics as wells She also recommends products, beauty techniques, and clothes that she uses that happen to be her favorites. Volpicelli also uses photos of herself to go hand in hand with her blog posts. She advocates the use of natural products and advises women not to turn to tanning. Instead of the traditional perfume, Volpicelli said that wears an essential oil fragrance to avoid the toxic chemicals that are present in some regular perfumes. She also asked her followers to go to her blog and learn about the hidden dangers of perfumes. She enjoys using natural products in order to smell amazing. Volpicelli has over 34,000 followers on Instagram and she also reviews trending products like KKW beauty products. Most of her photos promote products like Adidas, Gucci, Barney’s New York, Chanel, Louis Vuitton and Kim Kardashian West.

In January the Eagles beat the Minnesota Vikings and of course the win called for a celebration. Nelson Agholor celebrated with his team after winning the NFC championship with his girlfriend by his side. He gave her a shoutout on Instagram stating that she was his soulmate and a wonderful girlfriend and that he appreciated her for her support and sacrifice. At the time, Volpicelli was traveling back and forth between California and Philadelphia to have time with her boyfriend. She is undoubtedly very special to him.

Volpicelli began studying at the University of Southern California and it’s the place where she met her football player boyfriend. She also went to Sol Price School of Public Policy.

Her Overall Net Worth

Volpicelli’s net worth is not known, but her boyfriend, Agholor has a net worth of $24 million most of it made from his $3 million dollar a year football salary.

It’s an excellent year for Volpicelli as she is on the verge of becoming eve more famous. She might be in the next “The Real Housewives of Footballers” if it ever comes to happen and she gets married to her boyfriend. Bottom line, the model and beauty blogger is reaping big. 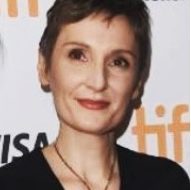 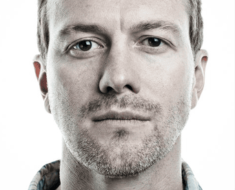