Here are the top facts to know about Gina Torres, wife of actor Laurence Fishburne, including details of their recent separation.

Gina Torres is an American television and film actress and the wife of actor Laurence Fishburne, although the pair have recently separated. Gina Torres was born on April 25, 1969 at the Flower Fifth Avenue Hospital in Manhattan, New York. Her age is 48 years old. Gina is the youngest of three children. She and her family lived in Washington Heights, New York before moving to The Bronx. Her mother is named Rebecca and her father is named Richard. Both her parents are of multiracial Cuban descent. Gina speaks Spanish fluently thanks to that. Gina’s father held a career as a typesetter for La Prensa and The New York Daily News. Gina attended school at Fiorello H. LaGuardia High School of Music and Art in New York City. She is a singer and has actually begun singing at a very early age. She has also been trained in opera singing and jazz and regularly participated in the gospel choir. It has always been her dream to be an entertainer. She has made a successful career so far as an actress, as she is well known for her role on the popular television show Suits as well as for her role in the movie Serenity.

Above is the beautiful Gina Torres. Gina and her husband Laurence Fishburne have recently separated and filed for divorce after 14 years of marriage.

Gina Torres has appeared in many television series, including Hercules: The Legendary Journeys as the character Nebula, Xena: Warrior Princess as the character Cleopatra, Firefly as the character Zoe Washburne, 24 as the character Julia Miliken, Suits as character Jessica Pearson, The Shield as character Sadie Kavanaugh, and Westworld as the character Lauren. Gina has also starred in and had roles in several films. She held a leading role along with famous actor and comedian Chris Rock in the film I Think I Love My Wife, in which she played the wife of Chris Rock’s character. Gina has also appeared as the character Carla in the independent film South of Pico. Gina was also featured in the film Serenity, the sequel to the television series Firefly in which she held a role when it was on air. Perhaps the role she is most famous for is the main role on the USA Network Series Suits, which has been on air since 2011. On Suits, she plays the character of Jessica Pearson. Gina Torres has won the ALMA Award for Outstanding Lead Actress in a Syndicated Drama Series for her role in Cleopatra 2525 in 2001. She has also been nominated for the International Press Academy’s Golden Satellite Award for Best Performance by an Actress in a Supporting Role in a Series, for her role as Jasmine in Angel. Her other film and television appearances include The Matrix Reloaded and The Matrix Revolutions, a seven episode stint on the third season on 24 as Julia Milliken, and the voice of character Vixen in several episodes of the animated series Justice League Unlimited. Gina Torres has also appeared on the comedic skit show Key and Peele. She played the role of Mrs. Luther during a skit for Key and Peele. The net worth of Gina Torres is reported to be about $7 million. The net worth of her separated husband Laurence Fishburne is report to be $20 million.

Gina Torres and Laurence Fishburne have been married since 2002. They are currently separated, with Laurence recently filing for divorce. The two first became engaged in February of 2001. Their marriage occurred on September 22, 2002 at The Cloisters museum in New York City. Gina and Laurence have one daughter together named Delilah, who was born in 2007. Gina Torres also plays the role of stepmother to Fishburne’s other two children from his previous marriage to actress Hajna Moss. Those children are named Langston and Montana. Gina and Laurence have worked together on The Matrix films and in Hannibal. So what caused the separation? According to the couple, there is no horrible dramatic ending to report. They just do not feel the same way about each other as they did when they were first married fourteen years ago. The two agree to split amicably and will continue to raise their daughter together with joint custody. It’s a shame it did not work out between them, but sometimes that’s just how the cards fall.

Pictured above are soon to be divorced couple Gina Torres and Laurence Fishburne. Both are successful actors.

Gina Torres is an excellent example of a woman who went after her dreams and achieved success even without a higher education. She has had a long and wonderful career so far and is a loving mother to her daughter Delilah and two stepchildren. Although her marriage to actor Laurence Fishburne didn’t work out, the two should be respected for ending things as friends and agreeing to raise their daughter together. 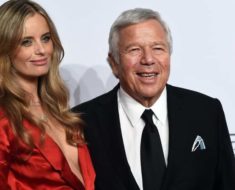 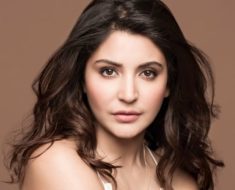 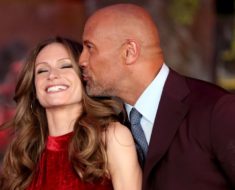 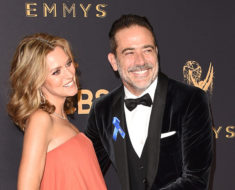