You probably love Austin Mahone so much. He is the ex boyfriend of Camila Cabello. Here are facts about the singer, including his net worth.

If you ever heard “Dirty Work,” “All I Ever Need,” “What About Love,” or all of the three songs, then you definitely know Austin Mahone. I mean, who listens to a song and doesn’t find out its singer. Mahone is a successful singer and songwriter. Mahone dated Camila Cabello back in the days when the lady singer was in the all-girl group, Fifth Harmony. If you only know about his dressing, dating life and music, well, you need to know more. The 21-year-old Mahone was born in San Antonio, Texas. Mahone’s mother is called Michele Lee, and his late father was known as Charles Edgar Mahone. He passed on when Mahone was barely two years old. The singer has a mixture of ancestries which are Slovakian, German, French and English. Mahone attended a school in San Antonio, but for reasons only known to the family, Cabello’s ex boyfriend left the school after his finished his freshman year and went to be homeschooled at her grandmother’s place.

The couple was one of the most admired ones before they broke up in 2014. It was said that Mahone and Cabello were going through some difficult moments. Mahone and Cabello had tried to keep their relationship matters away from the media and the attention of their fans, but it reached a point when Cabello went public and revealed that they had gone separate ways. From that point, it became worse for both Mahone and Cabello. What shocked people more is the fact that Cabello had confirmed that she was in a relationship with Mahone on a TV show less than a month to their break up. Camila Cabello’s announcement that she was dating Austin Mahone also complicated their relationship and facilitated their split. According to a source close to Cabello and Mahone, Cabello got mad after Mahone told her that she announced that she was dating him to sell more albums. From that point, Cabello was ready to call it quits the next minute. Unfortunately, at the time, Fifth Harmony was on the same tour with Mahone, and so, Cabello waited for the tour to end and then dropped the bombshell that she and Mahone were no longer an item.

Some people love to hit the gym every day like it’s a day job, but others don’t. One of those who don’t like heading to the gym each day is Mahone. Mahone revealed in an interview that he doesn’t like going to the gym and he works out on and off. The reason he hates working out is that he doesn’t want that to be the reason for him waking up. He added that it sucked living his bed to go and lift the weight. Nobody wishes to lift weight though, but circumstances false people to because it’s exercise. Mahone prefers to swim instead of heading to the gym.

He loves going on tours

When Mahone broke up with Cabello, they had just been on tour together. Mahone has gone on more tours that aren’t mentioned. In 2013, Mahone was part of Taylor Swift’s Red Tour. He was the opening act in the tour. Mahone has also gone on a tour with his best friend and fellow singer, Becky G.

The singer has mastered taking selfies with a cat

You can’t tell what is in the cat’s mind, and neither can you predict when the cat takes out its claws. For Mahone, he knows just how to prepare and the exact time to take a picture. It can be hard most of the times. Mahone said that he is always selfie-ready all the time when he wants to take a selfie with his cat. When it’s hard to capture one classy photo, Mahone takes multiple photos when the cat is doing something cute. From there, Mahone selects the best photo from the multiple selfies.

Austin Mahone began his music career by posting videos on YouTube back in 2010. Some of Mahone’s videos went viral, and by 2011, he had built a considerable following. Mahone then posted a song cover for Justin Bieber’s “Mistletoe.” The cover got a good number of views and it inspired Mahone to release his first single, “11:11” followed by “Say Something.” Mahone was now famous and Lil Wayne signed him in his cloth line Trukfit as a Teen Ambassador. His most popular songs to date are “What About Love,” “Dirty Work,” and “All I Ever Need.”

The dresses celebrities wear on red carpets these days are sometimes questionable, but Mahone loves them. According to him, Mahone likes love to see a girl wearing a nice-fitting dress. When he is at home with a girl chilling, he would like to see a girl in some comfortable sweatpants and a t-shirt.

Mahone thinks that Chris Brown is very talented and loves his music. Mahone also hopes that he can collaborate with Chris Brown someday and have Chris make his dance moves in his video.

Mahone is not even past 25 and so he has so much time to achieve his dreams. Maybe this is the year that Mahone will get a call from Chris Brown or who knows, perhaps Nicki Minaj. Mahone has a direct connection with Lil Wayne, and he can ask him to reach out to Brizzy. Nevertheless, let’s wait and see how the year will be for him. 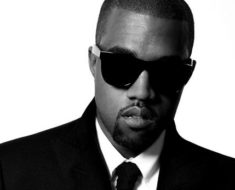 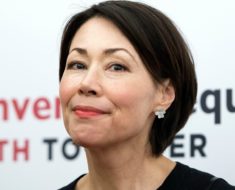 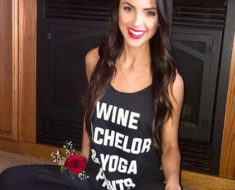 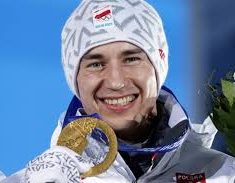