Cara Buono is an American actress born to Italian parents. Apart from acting, Cara is also a movie producer and script writer. Find out more about her here.

Cara Buono (age 43) is an actress who was born in the year 1974 in New York. Her parents Antony Buono and Rosemary Buono are both Italians. Buono has two brothers and one sister. She attended LaGuardia High School before joining the University of Columbia where she graduated in 1995.

1. Cara Buono is smart and hard-working

Buono is a very smart woman. She developed the spirit of working hard and standing up for herself at a very young age. She graduated in the year 1995 with a double degree in political science and an English major from Columbia University. What is more interesting is the fact that she managed to acquire the degree in just 3 years instead of 4 years, as is usually the case. This shows how bright and smart Cara Buono is.

2. Cara Buono is a veteran actress

Buono admits to falling in love with acting when she was 12-years-old. She got inspiration to act when her sister took her to watch ‘Burn This’. Cara admits that she was very intrigued when she saw Malkovich portray a completely different personality from the movie when he was being interviewed. Buono started her acting career in the film industry in the year 1992. From then she has featured in many films, which include: • Third Watch
• Hulk
• The Sopranos
• A Gifted Man
• Person Of Interest
• The Blacklist Redemption Cara Buono has also been featured in ‘Mad Men’, which is a drama series. ‘Mad Men’, which premiered in 2010, is about a 1960s advertising agency in New York. The show depicts Donald Draper as the most talented and mysterious advert executive. Buono was nominated for her role of Dr. Faye Miller in ‘Mad Men’ by the Emmy Awards in 2011. Cara Buono is also known for her role in ‘Stranger Things’, which is an American fictional horror series. In ‘Stranger Things’, which premiered in 2016, Buono plays the character of Karen Wheeler. Karen Wheeler is depicted as a mother who stays at home preparing dinner and ensuring that her family stays together. Despite the huge age difference with her husband Ted, Karen Wheeler does not mind; what matters to her is the family she has. The role of Karen Wheeler has been made possible through the tenacious nature of Cara Buono as an actress. She won the SAG Awards 2017 for her outstanding performance in the series ‘Stranger Things’.

3. Cara Buono is a movie producer and scriptwriter

Buono’s ability and talent goes beyond mere acting. She has also been able to write scripts and even direct and produce. Buono has had a hand in the production of a number of films, which include: • ‘The Two Ninas’ which was produced in 1999
• ‘Baggage’ which was produced in 1997 Buono also wrote the screenplay for the movie ‘When the Cat’s Away’ in collaboration with Brad Anderson.

Peter Thum is an American businessman and entrepreneur. He is a graduate of the University of Northwestern. Peter Thum met his wife Cara on a plane as they were traveling from Los Angeles in 2007. They started dating in 2008 until they got married. The couple has enjoyed a very good relationship and as a result, they have been rewarded with a very beautiful daughter whom they really treasure. There are no scandals/ extra-marital affairs that have been reported about this couple. This shows the commitment and love they have for each other and their family. Peter Thum is known for his humanitarian work across the globe. He is the founding father of Ethos Water Company whose main mission is to deliver clean water to children. In 2005, he sold the company to Starbucks. He also founded a non-profit organization known as Giving Water in 2008. This organization ensures that there is adequate hygiene and sanitation for needy children. In Kenya, the organization has been able to fund over 6000 school-going children through their programs. Notably, Peter Thum and his wife have been able to uplift the wellbeing of many children not only in the United States but also across the globe – especially in Asia and Africa. The couple has also ventured into one of the best organizations that deal with gun control. The organization that goes by the name Fonderie 47 buys guns from areas that have been torn apart by war in Africa. What they do with these guns is so amazing! Fonderie 47, in collaboration with Cross Company, collects the AK-47 guns and smelts them to make jewelry, pens, and other artifacts. By doing so, Peter Thum and the organization have been able to fund the destruction of assault rifles that have claimed very many lives in Africa. Bono’s husband Peter Thum has a net worth of $6 million despite the fact that he gives money to philanthropy.

Cara Buono’s net worth as of 2017 is estimated to be close to $2 million. She is reported to have a salary of $400,000 that she gets from acting. As seen above Cara Buono is not only a successful actress but also someone who has ventured into organizations that help those in need. Indeed, Buono is a phenomenal woman and she has managed to touch the world in a positive way. 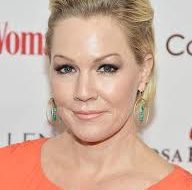 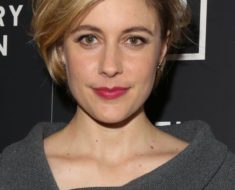 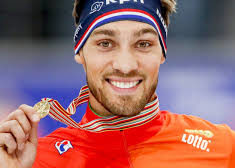 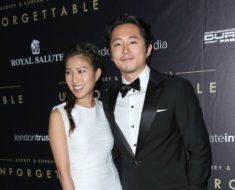