Bryce Dallas Howard is a multi-talented actor, director and writer. She is also the daughter of actor/director Ron Howard. Read all about her movies, her overall net worth and other facts you need to know about her.

Who is Bryce Dallas Howard?

Bryce Dallas Howard was born on March 2nd, 1981. She is a popular american actress, director and producer who just so happens to be following in the footsteps of her actor/director father Ron Howard. The multi-talented Howard is also a model and a writer who studied at New York University’s Tisch School of the Arts, but she left school midway before graduation to take on roles on Broadway. Her breakout film was the psychological thriller, ‘The Village’ released in 2004 and since then there has been no looking back. The actress was then cast in the fantasy thriller ‘Lady in the Water’ in 2006. Her amazing acting in Kenneth Branagh’s film adaptation of ‘As You Like It’ (2006) won her a Golden Globe Award nomination. In 2006 Howard co-wrote and directed the short film ‘Orchids’ which received rave reviews. Howard also starred as Gwen Stacy in Sam Raimi’s ‘Spider-Man 3’ in 2007. Howard became more familiar to the audiences as the vampire Victoria from the movie, ‘The Twilight Saga: Eclipse’ in 2010. In 2011, she played supporting roles in the movies, ’50/50′ and ‘The Help’. She also played the lead role of Claire Dearing, in the science fiction adventure film ‘Jurassic World’ in 2015. ‘Jurassic World’ was the fourth installment in the Jurassic Park film series and her most financially successful film to date. She recently signed on to reprise her role in the upcoming, ‘Jurassic World: Fallen Kingdom’ and another untitled film in the franchise. Born in Los Angeles, California, to writer mother Cheryl Howard Crew and actor-director father, Ron Howard, she had an upbringing just like other normal children. Her parents kept all their children away from the television and television industry while growing up. She has two younger sisters, twins Jocelyn and Paige, and a younger brother named Reed. They were raised in Westchester County, New York, and on a farm in Greenwich, Connecticut. Howard met actor Seth Gabel at New York University and the two dated for five years before eventually marrying on June 17, 2006. Howard gave birth to their first child, a son, Theodore, nicknamed Theo, in 2007. She gave birth to the couple’s second child, daughter Beatrice, in 2012.

Career in movies including ‘Pete’s Dragon,’ ‘The Help,’ and ‘Black Mirror’

The career path of Bryce Dallas Howard can be divided into two phases: 2002–2006 Howard appeared in several New York plays including, ‘House & Garden’ which was a 2002 Alan Ayckbourn production held at the Manhattan Theater Club. She portrayed a disdainful, flirtatious teen. She later performed as Rosalind in the critically acclaimed 2003 William Shakespeare comedy production ‘As You Like It’ at The Public Theater. While performing this play, director M. Night Shamylan was hugely impressed by her performance. He cast her in his fantasy thriller ‘The Village’ in 2004 two weeks later without having her audition. Its story is about a “turn-of-the-20th-century” village whose residents live in fear of the creatures inhabiting the woods beyond it. After that, Howard was cast to replace Nicole Kidman as Grace Mulligan in ‘Manderlay’ which was the 2005 sequel to ‘Dogville’ released in 2003. Howard later reunited with Shamylan for the movie, ‘Lady in the Water’. Next, she once again played Rosalind in Kenneth Branagh’s 2006 film version of Shakespeare’s ‘As You Like It’. It was played in theaters in Europe before going directly to cable in the United States, premiering on HBO. Howard was nominated for a Golden Globe Award at the 2008 ceremony. That same year, she wrote and directed a short film,’ Orchids’, as part of Glamour magazine’s “Reel Moments” series funded by Cartier and Film Aid International. 2007–present In 2007, Howard was featured in her first blockbuster film, ‘Spider-Man 3’ as Peter Parker’s classmate Gwen Stacy. ‘Terminator Salvation’ was her next project and in June 2008, she replaced Claire Danes as Kate Connor in the movie. It grossed a total of $370 million dollars, but it was not well received by critics. Howard starred as the lead character in ‘The Loss of a Teardrop Diamond’ in 2009. She next played the role of Victoria, a vampire seeking revenge, in the Twilight series’ third installment ‘The Twilight Saga: Eclipse’. In December 2009, Howard was cast in Clint Eastwood’s ‘Hereafter’ and in 2010, she was cast as a burgeoning love interest for Matt Damon’s character. In early January 2011, Howard became the first celebrity ambassador for purse designer Kate Spade. Her first film of 2011 was ‘The Help’. It was the movie adaptation of Kathryn Stockett’s 2009 best-selling novel of the same name. She received critical acclaim for her performance in the film and was also nominated for many Best Supporting Actress Awards, along with winning awards shared with the rest of the cast. Howard then produced Gus Van Sant’s ‘Restless’, a dark coming of age movie about a teenage boy and girl who are engrossed with death. She next had a supporting role opposite Joseph Gordon-Levitt in the cancer dramedy ’50/50,’ a film that was based on a true story. “It’s viewing that experience through a very truthful lens of humour”, she stated of 50/50’s take on its heavy subject matter. Howard directed the short film ‘When You Find Me’ which was a social film developed through a collaboration with Canon. In 2015, Howard appeared in the lead role, alongside Chris Pratt, in ‘Jurassic World’ as the park’s operations manager Claire Dearing. In 2016, she starred in the remake of the 1977 film ‘Pete’s Dragon’. ‘Pete’s Dragon’ was a 2016 American fantasy comedy-drama adventure film directed by David Lowery. She also appeared in the drama ‘Gold’ with Matthew McConaughey. In 2016, she appeared in “Nosedive”, an episode of the anthology series ‘Black Mirror’. ‘Black Mirror’ is a British science fiction anthology television series created by Charlie Brooker. In 2017, she started production of the follow up to Jurassic World, currently titled ‘Jurassic World: Fallen Kingdom’.

Bryce Dallas Howard has accumulated a net worth of $15 million dollars. 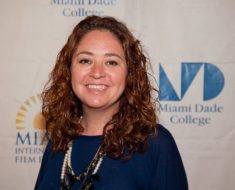 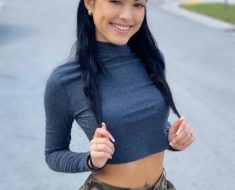 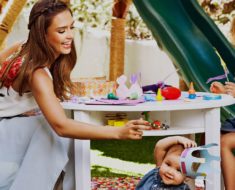 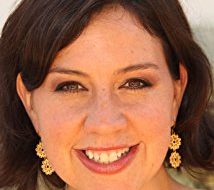 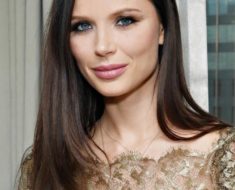