Home
Entertainment
Diane Warren Wiki: 5 Facts To Know About The ‘Where My Heart Will Take Me’ Songwriter

Songwriter Diane Warren has written the beautiful song ‘Where My Heart Will Take Me’. Find out five interesting facts about her, including her net worth.

Who is Diane Warren?

Diane Eve Warren was born in 1956. She is an American songwriter who rose to prominence in 1983 with her songs and has ever since written and co-written songs with many singers for several films. Warren has so far managed to have 9 songs which have shot to number one and some 32 top 10 songs on the Billboard Hot 100 chart. She has seen a rise in her career in the late 80s after she joined hands with the UK music company EMI. At that time, Warren became the first songwriter in the history of Billboard to have seven hits, all of them by different artists, on the singles chart at the same time. This led the UK’s former Chairman of EMI Music Publishing, Peter Reichard to credit her as “the most important songwriter in the world”. She has been since rated the third most successful female artist in the UK. Diane Warren has won an Emmy Award, a Grammy award, a Golden Globe award and three consecutive Billboard Music Awards for Best Songwriter of the year. She has also been nominated for nine Academy Awards. Warren has been inducted into the Songwriters Hall of Fame and has received a star on the Hollywood Walk of Fame. Warren owns a publishing company named Realsongs. She has never married and does not consider herself as a person of commitment. She had had a relationship with producer/songwriter Guy Roche which ended in 1992. She claims that she has not had any other relationship since then. Although she is quite cynical towards romance, she has never let that affect her songwriting. Warren once said in an interview that she had never let go of music even after experiencing poverty, depression and rejections. In 1994, her house was damaged by the Northridge earthquake which left her homeless and miserable and forcing her to travel from hotel to rented houses. It was at that time, that therapy helped her with songwriting. She is a workaholic who likes to work 12-16 hours a day and always travels with her keyboard in tow. Warren had revealed quite a bit about her lifestyle once in an interview and said that she never allows anyone to enter her Hollywood Hills office. She says the place is cluttered and airless and she is quite superstitious about it. She prefers to think of that room as her ‘secret world’. Diane Warren was born to parents David and Flora Warren. Her father was an insurance salesman and she was the youngest of three daughters. As a child, she often felt alienated and misunderstood as a Jewish child growing up. Her surname was initially ‘Wolfber’ but her father changed it to Warren because it sounded to Jewish. Warren was a rebellious child. She loved listening to the radio and used to dream of working in the radio herself. Everyone used to play music in her family and she herself began writing music at the age of 11. Although her mother disapproved of her interest in music as a career, her father believed in her and bought her a 12 string guitar.

Career of the songwriter

Warren wrote Celine Dion’s song, ‘Because You Loved Me’ as a tribute to her father for his encouragement. Warren attended college at Los Angeles Pierce College and California State University but dropped out because she considered it a waste. Warren’s first hit was “Solitaire”, which Laura Branigan took to No. 7 in the US pop charts in 1983. Warren’s publishing company, ‘Realsongs’ was originally named ‘Warren Piece’ because ‘War and Peace’ was already taken. In 1998, Realsongs and its international partner, EMI Music Publishing, distributed A Passion For Music, a six-CD box set that showcased her music. As of 2011, Warren’s music has appeared in the soundtracks of over sixty films. The Diane Warren Foundation, in amalgamation with the ASCAP foundation and the VH1 Save the Music Foundation together created a joint initiative in the year 2000 called ‘Music in the Schools’. This initiative was responsible for providing band arrangements, folios, sheet music and method books to each of the schools that already receive musical instruments from the VH1 Save the Music Foundation. In 2004, Warren released a compilation album of love songs, named Diane Warren Presents Love Songs, which has several of her award-winning hits. Warren continues to write hit songs for and with artists of all mainstream genres, including Whitney Houston, Britney Spears, Marcia Hines, Christina Aguilera, Beyoncé, TLC, Aaliyah, Elton John, Cher, Tina Turner, Bryan Adams, Selena, Air Supply, Olivia Newton-John, Barbra Streisand, Aretha Franklin, Roberta Flack, Roy Orbison, Trisha Yearwood, Patti LaBelle, Michael Bolton, NSYNC, Gloria Estefan, Reba McEntire, Enrique Iglesias, Paloma Faith, Russell Watson, Rod Stewart, RBD, Aerosmith, The Cult, Kiss, Ricky Martin, Faith Hill, Meat Loaf, Celine Dion, Mariah Carey, Toni Braxton, Exposé, Leigh Nash of Sixpence None the Richer, LeAnn Rimes, Kierra Sheard, Lady Gaga and so on, producing some of the songs as well. In 2010, Warren partnered with Avon Products as a celebrity judge for Avon Voices which was Avon’s first ever global online singing talent search for women and songwriting competition for men and women. For the competition, Warren wrote a special anthem. Diane Warren had written the famous song, ‘From the Heart’ for the film ‘Notting Hill’ in 1999. Notting Hill was a British romantic comedy film set in Notting Hill, London and was about a British bookseller who meets a high-profile American actress. They grow fond of each other and eventually fall in love. Warren also co-wrote the theme, ‘Feels like Forever’ for the film ‘The Cutting Edge’.’The Cutting Edge’ was a 1992 romantic comedy film directed by Paul Michael Glaser. Warren wrote the song, ‘Prayers for this World’ for the documentary ‘Cries from Syria’. ‘Cries from Syria’ is a searing, comprehensive account of a brutal five-year conflict from the inside out, drawing on hundreds of hours of war footage from Syrian activists and citizens. It was released in 2017.

Net worth of Diane Warren 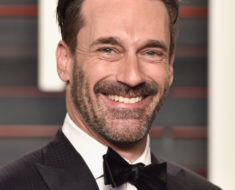 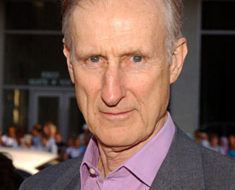 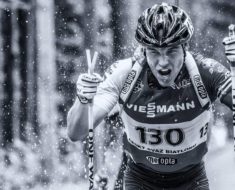