Discover the secrets of Christopher Plummer’s career, his age, an extensive list of Emmy’s he has won for his movie performances and his net worth.

Arthur Christopher Orme Plummer was born in Senneville, Quebec, on December 13, 1929. He is a native Canadian actor who is known for his astounding work in theatre, film, and television. Christopher Plummer is the only child of Isabella and John Plummer and the great-grandson of the Canadian Prime Minister Sir John Abbott. Growing up he learnt to speak both English and French fluently. Christopher Plummer studied piano as a child, which helped cultivate his love for theatre and lead him performing in his local high school plays. Christopher Plummer has been married three times throughout his life. His first wife, Tammy Grimes gave him his only child, Amanda Plummer. They were married for four years before separating. Christopher Plummer has said that he and his ex-wife were merely too immature to have the responsibility of raising a child and continuing a marriage. So they parted ways. Christopher Plummer and his second wife, Patricia Lewis, who was a journalist, were married for five years before divorcing. There is not much said on this second marriage, or why it ended. In the late ’60s, Christopher Plummer met his third wife, Elaine Taylor. She was a dancer in Britain and they were married in 1970. The two are still happily married to this day. Plummer and his wife had lived in a 100-year old farm house out in Weston, Connecticut up until 2015. The pair then sold the house for a net worth of $11.2 million dollars. Plummer’s current net worth is $20 million dollars

Christopher Plummer had a great love from theatre starting at an early age. In 1946, he played the part of Mr. Darcy in his high school’s production of Pride and Prejudice. The theatre critic, Herbert Whittaker took an interest in him and had him cast as Oedipus in the production of La Machine lnfernale at the age of 18. His Broadway debut was not until 1953 when he starred in The Starcross Story, a show that only played once before closing. It was not until 1955 that Christopher Plummer had his first hit Broadway role in The Lark. It was after this performance that Christopher Plummer received his first nomination for an award, a Tony for Best Actor in Play. He continued to work in theatre throughout his life but it was less and less as his career started to pick up more in the movie business.

Christopher Plummer is best known for his role in the Oscar award-winning movie, The Sound of Music. The movie quickly became the top-grossing film of its time. It is the story of a family in Austria that came together in a time where war threatens their homeland. He is not particularly fond of his role in The Sound of Music and does not speak of it much; he found the part boring and many times refused to use the movies true name in conversation. Christopher Plummer’s most recent work in film is in the movie The Exception, which was released in 2017 at the Newport Beach Film Festival. He starred alongside Lily James in a fictional story about the last few days of Kaiser Wilhelm II. The Exception is a love story with a German soldier who goes on a journey to find a Dutch spy but ends up falling in love with a Jewish Dutch woman in the process.

Christopher Plummer’s Bio: In Spite of Myself

In 2008 Christopher Plummer had a bio of himself written and published, called, In Spite of Myself. This bio gives a deeper insight into who Plummer was growing up and throughout his acting career. Christopher Plummer’s storytelling in the book has been described as elegant, deep, thoughtful, and mesmerizing. Plummer gives detailed accounts of his acting, which also leads him to some deep introspection on his own actions. The book gives a little bit of information on his childhood. Plummer explains how he dealt with his parents’ divorce by exploring the world of theatre, jazz, and music. He admits to drinking at an early age, mainly because it was the thing to do. Christopher Plummer talks in depth about his role on The Sound of Music. Plummer describes that at that at time, he was too good for the part. Christopher Plummer had always seen himself as a stage actor and was not one for movie making. Plummer regrets his actions now, wishing he had handled things a little differently. Christopher Plummer also mentions his daughter and their estranged relationship. While she was a child, Plummer had only seen her once, when she was eight years old. Now as an adult they have developed a friendship. Christopher Plummer’s daughter, Amanda Plummer, is also a talented actress like her father. 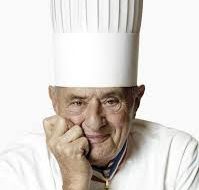 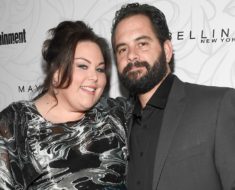 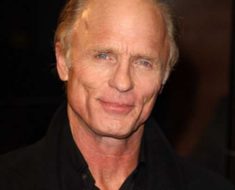