You got to know about Cheryl Flake, the wife of Jeff Flake, who is a politician. Here are facts about Mrs Flake, including her net worth.

If you know Jeff Flake, the junior United States Senator who represents Arizona, then you might be knowing his wife, Cheryl Flake. Cheryl Flake and her husband Jeff Flake are campus sweethearts, who met at Brigham Young University. Jeff Flake is a member of the Republican Party and was elected to the House of Representatives in 2000. You probably should know more about Mrs. Flake who is now popular for her cooking and is known for her support to her husband. The 52-year-old Cheryl Flake was assumed her husband’s name and dropped her maiden name, Lanae. She was born in Arizona. Jeff Flake met her wife in the ‘80s in the campus where they fell for each other and started dating. The Flakes graduated together in 1985 and eventually married months after the graduation. They have five kids together namely Alexis, Austin, Tanner, Ryan, and Dallin.

Her son Tanner has ever posted offensive tweets

After Tanner posted some homophobic, racist and anti-Semitic comments on the web, his father, Jeff Flake had to apologize on his behalf. According to New York Daily News, Buzzfeed discovered some abusive posts on Twitter, and upon tracing the one responsible, it all ended at Mrs. Flake’s home. It was found out that it was Tanner who had posted them. In 2015, Flake’s son posted another offensive tweet challenging someone assumably a Jew to say something hilarious and assured him that he would still say it louder and take all the credit. The tweet was later deleted. ‘ In another message, he threatened the “f****t” who stole his dirt bike from where he had left it that he would beat him up. He also used the N-word on some occasions on Facebook and shared rogue photos on Instagram. In a statement, Flake said that he was sorry about his son’s behavior and revealed that he had spoken to him about it. Tanner also apologized for his posts.

Cheryl’s husband once went with their sons on a journey

During a congressional recess in 2013, Jeff Flake took his sons and left his wife home for a trip to a deserted island. It was during the Memorial Day that Mr. Flake spent four days with his sons to fulfill his lifelong desire to spend a survivalist week alone. According to Jeff Flake’s wife, when he launched his Senate bid in 2011, he told them that he would want to go for a survival trip with his sons. Jeff Flake revealed that they were in Kwajalein Island which was part of Marshall Island before taking a boat to a deserted island known as Biggarenn. They came out smarter and thinner, but they enjoyed the trip. They had also carried a satellite phone because they were in a risky area infested with dangerous sharks.

She and her husband own a home in Mesa

When asked whether he would attend the 2016 Republican National Conventional, Jeff Fisher and his wife said that they wouldn’t participate in the event in Cleveland because they had their own lawns to mow. Well, it got people asking about their home and to their surprise; they found out that they had a massive house in Mesa. According to Phoenix New Times, the Flakes parted with $440,000 to own the home in November 1999. In 2016, the value of the home had appreciated to $664,200 but lowered a little bit in 2017 to $587,000. The house is said to have a garage that can fit four cars.

In 2015, the Flakes through their attorney filed a lawsuit against the sheriff of Maricopa County and his office for $8 million worth of damages. The Flakes accused Arpaio and his department of conspiring against their two sons, Logan and Austin by accusing them of killing 21 dogs. Flake’s children and the owner of the dogs had been accusing of watching the dogs die from heat exhaustion. The charges against the Flake’s sons were eventually dropped after the grand jury ruled out that there some issues with the air-conditioning unit. Flake’s lawyer claimed that the sheriff wanted to harm the reputation of the family stated that Arpaio had made a statement saying that he loved the case and other similar ones because the more he publicised them, the more contributions he got in terms of money. The lawyer also added that Arpaio knew that by ruining Flake’s name, he would gain more publicity. The sheriff was convicted for the act but was pardoned by Trump.

Cherly Flake has been cooking since she had a family and she has her own cookbook. She uses the cookbook to make giant Sunday dinners for all the visiting relatives and friends. Mrs. Flakes cooks with her daughter Alexis and most of the time, they refer to their family cookbook to find nice recipes. Mrs. Flakes also plans her meals a month before and asks for suggestions from her children. Flake also posts some photos of her cuisines on Instagram.

Cheryl Flake’s net worth is not known, but her husband had a net worth of $32,500. What is taking so much of his money is his mortgage liabilities which total to $750,000. Regardless of his net worth, Flake has ensured the future of him and his wife through owning some assets.

Having a supportive wife is every man’s dream, and Cheryl Flake is just one of them. From the days they were in university, she has stood with her husband and seen her daughter grow and get married. 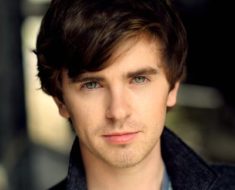 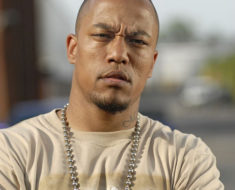 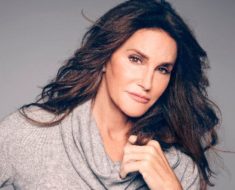