There’s more to Naomi Watts than just being the wife of actor Liev Schreiber. Here are five fun facts about the accomplished actress you need to know.

Naomi Watts is an English actress, best known for her work in “Mulholland Drive” and “King Kong.” The forty-nine-year-old star has appeared in over a dozen television shows and more than fifty films over the course of her career. While her husband Liev Schreiber is winning over audiences on “Ray Donovan”, Watts is putting in some award-winning work of her own. All too often overshadowed by her partner, Watts is an A-list actress in her own right. With a net worth of 30 million dollars and a career that spans over three decades, Watts is a shining success, especially in the movies.

With over fifty films under her belt you’d expect her to have a lot of nominations, but to have over 100 is simply incredible. Her nominations range from the most prominent and well-known awards to lesser-known, but equally impressive, achievements. Watts has been nominated for two Academy Awards in the category of Best Actress. Her first nomination was in 2003’s “21 Grams” then again in 2012 for “The Impossible”. She hasn’t gotten the title of Oscar Winner just yet, but like they say – it’s an honor to be nominated. Watts’ work in “The Impossible” also earned her a Golden Globe nomination. Most of her other nominations come in the form of awards from critics and film associations, who often praise Watts for whichever role she plays. Watts is a tremendous talent who has a tendency to shine in any role she takes on, no matter how big or small. While they may not have gained the attention of the academy, Watts’ role in both “Mulholland Drive” and “King Kong” are often looked at as some of her best work. Watts solidified herself as a major talent when she blew audiences away in “Mulholland Drive” – a movie widely regarded as one of the best of the century. Then Watts impressed everyone by taking on the iconic role of Ann Farrow in “King Kong” and shocked even the harshest of doubters.

After eleven years together, Watts and Schreiber made the decision to separate. It was an amicable break-up and seems like a choice the couple made together. Watts explained that she and Schreiber decided to continue raising their children together, as they still have love and respect for one another, but no longer plan to do so as husband and wife. There was a rumor circulating on tabloid websites stating that Schreiber was unfaithful, which led to his separation from Watts. The story seems to be nothing more than unflattering gossip as neither Watts nor Schreiber has confirmed it. Since the two seem to still be supportive of each other’s careers and there’s no bad blood between them, the so-called cheating scandal looks like a nasty rumor.

Watts is extremely close friends with another A-list actress; Nicole Kidman! The two actresses have known each other since their school days, but it wasn’t until acting together in the 1991 film “Flirting” that the two blondes really formed a bond. They’ve been friends for 26 years, and according to Watts, mutual respect plays a big role in their friendship. They’ve been through countless ups and downs together, and the love and support they have for one another has kept their bond as strong as ever. Watts and Kidman have stood by one another through marriages, heartbreaks, Golden Globe wins, Academy Awards nominations, and failed films and they haven’t left each other’s sides once. This friendship is bound to last a lifetime.

Watts is one of many actresses who uses her platform to help the less fortunate. She takes full advantage of her celebrity and high profile life to call attention to the issues not many are willing to talk about. One of Watts’ biggest charitable acts came in 2006 when she became a goodwill ambassador for the Joint United Nations Programme on HIV/AIDS. Watts took her job as a goodwill ambassador extremely seriously, and was often seen participating in AIDS walks and trying to educate those who are unfamiliar with the disease. In 2009 she gave a heartwarming speech about living with the disease, admitting she’s personally seen strength and hope from people suffering from the illness, and that it shouldn’t be equated with death or seen as something shameful. Watts feels passionate about her work with the program, fighting as hard as she can to break the stigma surrounding HIV and Aids. Over ten years since she was named goodwill ambassador, Watts is still as active as ever with the organization.

Before Watts and Schreiber unfortunately parted ways, they had two sons together. Their first son, Alexander, was born in July of 2007 and their second son, Samuel, was born in December of the following year. She wasn’t only a dedicated wife throughout her relationship, but a mother as well. Now at the ages of nine and ten, Watts has to try a little harder to hide her films from her boys. She isn’t known for doing many kid-friendly movies, but her youngest son is dying to see one of her most popular ones. He’s on a horror movie kick at the moment, and is begging Watts to let him see “The Ring”. She’s been able to talk him out of it so far, but if he sees Schreiber’s work in the “Scream” trilogy, it probably won’t last long. Watts and Schreiber might have to consider doing some family-friendly films soon since neither of them really have anything their kids can watch them in. Watts’ Netflix series “Gypsy” is incredibly racy and Schreiber’s hit “Ray Donovan” is equally adult oriented.

What’s Next for Naomi Watts?

Being Schreiber’s wife was never the only thing Naomi Watts was known for. With an impressive resume, including a long list of awards and endless praise from critics and viewers alike, Watts has always been a proven talent and one of Hollywood’s best. Her new Netflix series “Gypsy” might not have seen much success, but don’t count Watts out just yet. She shone in the 2017 film “The Glass Castle” amongst an ensemble cast, and is currently filming a movie set to release in 2018. In 2018’s “Ophelia”, Watts gets the chance to play a role she is absolutely suited for; the Queen. 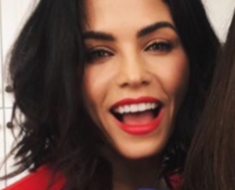