Get to know more about Mike Comrie, who happens to be the former spouse of Hilary Duff. Below are
some facts about the hockey player that you ought to know including his overall net worth.

When you’re a celebrity it’s quite hard to have a private life and sometimes your relationships fail because some people hope for that to happen. Mike Comrie and Hilary Duff’s relationship didn’t have the power to stand the test of time. Comrie is a retired hockey player who used to play in the National Hockey League for teams such as the Philadelphia Flyers and the Edmonton Oilers. After undergoing hip surgery for the third time, Comrie retired from the NHL in 2012. 37-year-old Mike Comrie was born in Edmonton, Alberta in Canada and attended Jasper Place High School. Comrie’s father and his uncles owned ‘The Brick,’ a furniture making company that they sold it in 2012 for a whopping $700 million. Comrie’s mom, Theresa lost her battle with cancer in 1990 leaving behind Comrie and his two older siblings, Cathy Comrie and Paul Comrie. He also has two younger half-brothers from his father’s second marriage and they both play hockey. Comrie was drafted in the third round among the ninety-first overall players in the 1999 NHL Entry Draft while attending the University of Michigan. His hockey career with the NHL began when he played center for the Edmonton Oilers, his home town team. Throughout his career, he received several awards and medals playing hockey and he is known one of the most successful players to have ever played in the NHL.

Mike Comrie is the Former Husband of Actress Hilary Duff

In summer of of 2007, Comrie met Hilary Duff, an actress and a singer. They began dating right away and in 2010, Comrie and Hilary Duff announced their engagement. They married in August 2010 in Santa Barbara, California. Their son, Luca Cruz Comrie was born in March 2012 but their marriage didn’t last. In January 2014, Comrie announced on Twitter and Instagram that he was separating from Duff. In February 2015, Duff officially filed a divorce from Comrie stating that there were irreconcilable differences and that she was seeking primary custody of their son. The divorce was finalized in 2016.

Comrie was Caught in a Wild Night Out

According to the Daily Mail, Comrie was allegedly heard flirting with several women at a Beverly Hills restaurant. TMZ reported later that the alcohol filled night that Comrie was a part of was the last that Hilary Duff would would entertain. Comrie was partying with his friends and lots of women at Mastro’s Steak House and according to eyewitnesses who were also at the restaurant, Comrie spent most of the night drinking, speaking nonsense with his friends and demanding sex from bar patrons and staff. That was perhaps the last nail in the coffin for the couple. Comrie has been accused of cheating on several occasions and even though the couple had been seen together, it was rumored they were no longer living together.

Comrie and Duff were Spotted Kissing After their Divorce

Hilary Duff and Mike Comrie were caught kissing despite being divorced. They were spotted with their son Luca in Beverly Hills looking super friendly, and when it was time for Comrie to leave she got into her car and kissed Comrie before driving off. It was perhaps to prove that there was no bad blood between the two. In an interview with Cosmopolitan, Duff said that despite divorcing her ex husband, Comrie, there was still some much love left between them and she was lucky to have him in her life as the father of their son.

Comrie was Accused of Rape

A woman claimed that Mike Comrie raped her in his Los Angeles home when they had a three-way sex encounter, this according to a report retrieved from police. The woman added that she had met the Comrie at a local bar and then went with him to his condo in West LA. The woman who identity was hidden claimed that Comrie raped her multiple times, but Comrie claimed that the sex was consensual. The alleged victim even went to a local medical center to have a rape kit administered to her.

Duff Paid Comrie a lot of Money after their Divorce

Hilary Duff paid Comrie $2.5 million while trying to buy his half of the mansion they lived in before they divorced. The divorce settlement also declared that Comrie got to keep all the luxurious cars he owned which were bought by Duff. Since Comrie is also rich, he should have considered sparing her the house.

Comrie’s cheating ways cost hims his marriage and if he just taken it slow, he would be somewhere else right now. 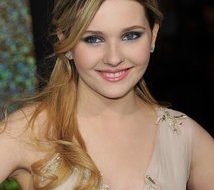 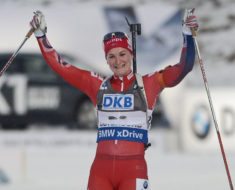 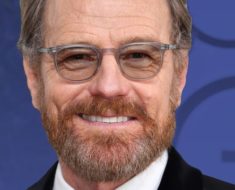 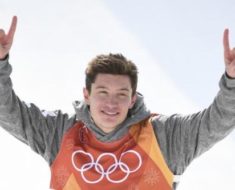