Steven Segal’s ex-wife is more than just his ex-wife. Read below for everything you need to know about the model and actress, Kelly LeBrock.

Kelly LeBrock is an American Actress and Model

Kelly LeBrock started her career when she was only sixteen years old as a model in New York City. A few years later, she managed to get a modeling contract with Christian Dior after she starred in a 24-page spread for the popular magazine Vogue. After that would come more modeling, an acting career, and two marriages. Kelly LeBrock is reported to have a high net worth, close to two million dollars. She has been in many movies, some becoming cult classics, and is also known for being the Pantene model whose popular phrase has become ingrained in pop culture: “Don’t hate me because I’m beautiful.”

Victor Drai was an entrepreneur and a nightclub owner when he met Kelly LeBrock. It was only after the couple flew to Paris and fell in love that he decided he wanted to branch out and try film production. While the couple was in Paris, they rented many movies. One of these movies was Pardon Mon Affaire. A French movie that would soon be remade into an American film by Victor Drai himself. He would call this movie The Woman in Red and this would be the official start of Kelly LeBrock’s acting career. Vicor Drai would cast his future ex-wife, Kelly LeBrock, as the lead in the 1984 hit. The next year, LeBrock was cast in another film which has become a cult classic, Weird Science. In Weird Science, LeBrock played the manifestation of the “Perfect Woman”. While LeBrock’s career was starting to pick up traction, her marriage was ending. The couple would divorce in 1986, after only two years of marriage.

The actress and model would not stay single for much longer though. While she was going through her divorce she met martial artist and actor, Steven Seagal. The two quickly started dating and had a daughter in the spring of 1987. They got married the next year. The newlyweds shared a screen in the 1990 movie, Hard to Kill. The couple appeared happy and had two more kids, the final one being born in 1993. However, Kelly LeBrock filed for divorce in 1994, citing the reason for divorce as “irreconcilable differences”. Even though Kelly LeBrock divorced Steven Seagal, she hesitates to say anything bad about the father of her children. In 2010, she is reported to have said:

I have many shocking things to say about Mr. Seagal which will be known soon when my book comes out. I will refrain from saying anything specific now because of our 3 children.

It’s nice to know that Kelly LeBrock cares enough about her children that she doesn’t want to speak ill of Steven Seagal. Though, if the allegations about Seagal turn out to be true, LeBrock might be doing a little more harm than good. Kelly LeBrock has spoken out since then, saying that Steven Segal had attacked her constantly during their marriage. She herself had said it was hard to speak out about these things since she had children with the man.

As a model, Kelly LeBrock starred in many magazine spreads and was on the cover of magazines almost countless times. She was signed to the modeling agency, Eileen Ford, which looked out for her. When the model suddenly dropped forty-five pounds, the agency called her mother to come out and help her daughter. In her youth, she worked with the Christian Dior fashion label at least thirty days a year, as outlined by the contract she had with the company. Kelly LeBrock would later become the spokeswoman for Pantene which, while it wouldn’t make her name, it would make her image and voice stick. Who in America hasn’t heard the famous line, “Don’t hate me because I’m beautiful”?

Kelly LeBrock was at the height of her fame in the 80’s but has done a few projects since then. Notably, she was the team captain in the show Celebrity Fit Club, a fitness-themed show that ran from 2005 to 2010. Kelly LeBrock was a team captain for only one season of Celebrity Fit Club, but it was perfect for her since she still looks fit and fabulous. LeBrock also made a guest appearance in the 2004 show, Retrosexual: The ’80s. Retrosexual: The ’80s was a throwback show from VH1 which featured many celebrities from the 80s, including the captivating Kelly LeBrock. Other than those two shows, she has been quiet on the television and movie scene. However, she has been on a few talk shows and reality shows and is even rumored to be working on a new movie called Hidden Affairs.

Will We Be Seeing More of Kelly LeBrock?

Kelly LeBrock may have been out of spotlight more and more since the 80s. Her high net worth makes that possible, but her celebrity seems “Hard to Kill” (pardon the pun). Even if it’s been years since the public has seen the Pantene spokeswoman in anything big, all it takes is a whiff of the actress and model for her to be talked about again. In 2017, LeBrock and her daughter made headlines as they walked the red carpet together. Maybe it’s a sign that Kelly LeBrock is ready to come back to the limelight. 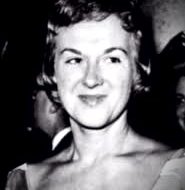 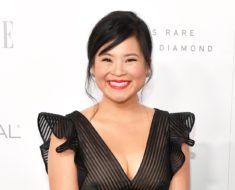