Jakov Fak is a biathlete who recently participated at the 2018 Olympic Winter Games. Read about his net worth and other facts from below.

Who is Jakov Fak?

Croatian athlete Jakov Fak was born in 1988 and even though he was born in Croatia he currently represents Slovenia. He has been a representative of the country since 2010. At first Fak represented the Croatian biathlon team. He won bronze medals at the 2009 World Championships and at the 2010 Olympic Winter games where he was also the Croatian flag bearer at the opening ceremony. In 2010, Fak switched his citizenship and he began competing for Slovenia. Representing the Slovenia National team, Fak won four medals at the World Championships, including two gold medal, and a silver medal at the 2018 Olympic Winter Games. In addition, Fak has eight victories in the World Cup also. His partner is Matea Korenic and together the pair have a daughter, Mila.

Fak’s amazing career can be divided up according to the years of his participation in Olympics and other World circuits: * Initial phase in 2001: Fak started competing in biathlon in 2001 under trainer Robert Petrović. His first international biathlon tournament was at the Junior World Championships in Ridnaun in 2002 where he placed 64th in the Sprint event. Fak improved his performance in 2008, eventually finishing in the top 10 at that year’s Junior World Championships. To jump from the 64th position to the top 10 was a massive accomplishment. * Biathlon World Cups – 2006: Since 2006, Fak has participated in the Biathlon World Cup. In his first race in the World Cup in Hochfilzen, he finished 107th. He finished at the 47th place in an individual race in 2007 in Pokljuka and that was his best performance for a long time. In 2007, he participated in his first Biathlon World Championships, finishing 78th in the Sprint race and 93rd in the Individual. * 2008/2009 season: 2008/2009 proved to be a major breakthrough in Fak’s career. In the opening race of the season Fak placed 47th but in the Individual race, he earned his first World cup points with a 38th position finish. In the third stage of the World cup in Hochfilzen, Fak achieved a 16th-place finish. His performance was improving and so was his confidence. * 2009 World Championships: Fak was slowly improving in the World Cup and had respectable performances but his performance at the biathlon of 2009 World Championships took everyone by surprise. In the opening sprint race, Fak improved his career best performance by two more places by finishing 14th. He couldn’t improve on that performance in the pursuit event falling back to 25th place. Later, in the 20 kilometres individual race, he surprised everyone again by winning the bronze medal. A perfect score in the final range would have brought Fak a gold medal, but he just missed it by a narrow margin. After one miss Fak had to battle very hard for at least some medal and in the end beat Simon Fourcade by less than a second to win the bronze medal. Thus Jakov Fak won a medal for his country, Croatia, their first-ever World Championship medal in biathlon. * 2010 Winter Olympics: Jakov Fak was the flag-bearer at the opening ceremony of the 2010 Olympic Winter games for Croatia. After his success in the World Championships, everyone had high expectations for him but his World Cup race performances in the 2009–10 season were substandard, much to everyone’s dismay. He managed to win his first points in the World Cup only on 23 January 2010, placing 24th in Antholz. By that time, the public had largely forgotten him. At the 2010 Winter Olympics in Vancouver, Fak once again created a sensation by winning the bronze medal in the 10 km sprint. * Switch of Citizenship: In July 2010 it was announced in the Slovenian Press that Fak would henceforth represent Slovenia in international competition. On November 19, the switch to the Slovenian Biatlethe team was officially announced and Fak received his Slovenian passport and citizenship that November, enabling him to compete for Slovenia. * A bad injury: The World Cup races in 2011 in the US were held in very bad weather and freezing temperatures. Due to the bad weather, Fak suffered 3rd degree frostbite to his trigger finger. His finger was feared to be amputated to protect his hand and this move would eventually end his career as a biathlete. The medical team decided against it but Jakov and his coaches decided to pull out of the Biathlon World Championships 2011 in Russia and only focus on recovering from his injury and saving his finger. * 2012 Biathlon World Championships: After missing the 2011 World Championship due to the injury, Fak was then strong again to enter the 2012 World Championship by representing the Slovenian team. He won two medals, along with a silver medal in the mixed relay. Fak won the gold medal at the 20 km individual, thus winning the first gold medal for Slovenia at World Championships. * 2018 Winter Olympic Games: He won a silver medal at the 20km individual event at the 2018 Olympic Winter Games.

The net worth of Jakov Fak is currently unavailable. 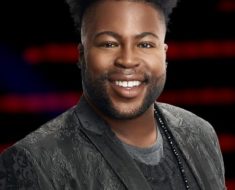 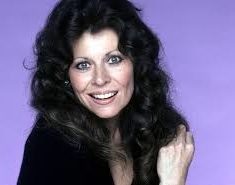 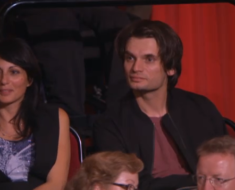 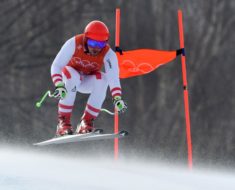