He is young, promising and talented. Here are some astonishing facts about this upcoming youngster, Jacob Tremblay, the movie actor.

Jacob Tremblay is a young Canadian actor born to Jason and Christina Tremblay on the 5th of October, 2006, at Vancouver, Canada. He is currently eleven years old. He has two sisters, Emma and Erica, who are both actors too. His appearance in the movie titled ‘Room’, produced in 2015, earned him an award as the Critics’ Choice Best Young Performer. He also featured in a TV show titled ‘Last Man on Earth’. Jacob loves ‘Star Wars’. He is currently enrolled at Gordon Greenwood Elementary School, where he advocates passionately for kindness from everyone. He was brought up in Langley, British Columbia. His dad works as a police investigator. His mother’s name is Christina Candia Tremblay and she is a homemaker. Tremblay’s movie debut was in the movie titled The Smurfs 2 (2013), where he played a lead role as Blue Winslow. This movie was directed by Raja Gosnell and released by Columbia Pictures on July 31, 2013. Ever since, he has continued to feature in different movies, some of which include Room, Donald Trump’s The Art of the Deal: The Movie and may more. In Donald Trump’s The Art of the Deal: The Movie, he played quite a good role at an age where most artistes do not mature.

As Jack Newsome, Tremblay co-featured with Brie Larson in the movie ‘Room’, which was directed by Lenny Abrahamson and released by A24 films in October 2015. His role in this movie got him nominated for 21 awards. Out of the 21 awards nominations, he won eight. The eighth award was shared with Abraham Attah. He won The Best Performance by an Actor in a leading role, Most Promising Performer, Best Young Performer, Breakthrough Performance, Best Breakthrough Performance, Best Youth Performance, Best Actor in a Leading Role and Best Actor awards. As a ‘Star Wars’ enthusiast, Jacob named his puppy Rey, a character played by Daisy Ridley in the ‘Force Awakens’. He has a ‘Star Wars’ socks and a Millenium Falcon cufflinks, which he showed off at the 2016 Oscar Awards. A die-hard ‘Star Wars’ fan, he loves animals too. He is regarded as an adorable child actor by most of the people he’s worked with. He loves nature and enjoys traveling. He is looking for good suggestions in his plans to start a business. He has a low social profile in the ranking of a celebrity. He has recently been posting his activities on Facebook and Twitter.

Tremblay’s first movie was ‘The Smurfs 2’, which was released in 2013 by Columbia Pictures and Sony Pictures Animation. He then featured in ‘Room’ in 2015. He played a role in ‘The Art of the Dal: The Movie’ in 2016 and was the guest star in ‘The Last Man on Earth’ comedy series. In the same year, he was a part of the cast in the film “Before I Wake”, “Shut in” and “Burn Your Maps”. Recently Tremblay co-starred in the film ‘The Book of Henry’, with Naomi Watts and Maddie Ziegler. This movie was directed by Colin Trevorrow. Jacob was also part of the kids in Donald Trump’s ‘The Art of the Deal: The Movie’, which was released in 2016.

At age 11, this rising young actor has featured in many movies, taking on different characters. Here is a list of the movies he has been a part of and the role played in each.  He was the Blue Winslow in The Smurfs 2 (2013)
 He played the role of Sam in The Magic Ferret (2013)
 He was Matty in Extraterrestrial (2014)
 Jacob featured as Young Gord in Gord’s Brother (2015)
 He played the role of Jack Newsome in Room (2015)
 He was the Kid 4 in Donald Trump’s The Art of the Deal: The Movie (2016)
 Jacob was Cody Morgan in Before I Wake (2016)
 He was Wes Firth in Burn Your Maps (2016)
 He was also Tom Peterson in Shut in (2016)
 Jacob was the Peter Carpenter in The Book of Henry (2017)
 He was August Pullman in Wonder (2017)
 He is billed to feature as the Young Rupert Turner in a movie titled The Death and life of John F. Donovan, which is to be released in the year 2018 Evidently, in 2016, when he was 10, was the busiest for him. In 2016 alone, he acted in four movies! That’s huge you would say for such a small boy! But those are just his appearances in movies. He has featured in no less than seven TV series too. For the coming year, 2018, Jacob is already billed to feature in ‘The Predator’ and one other movie, ‘The Death and Life of John. F. Donovan’. His role in ‘The Predator’ is, however, still sketchy.

Just like his net worth, his relationship status is still not clear. However, it appears some love feelings exist between him and Brie Larson, the 26-year-old actress whom he shared screen space with in the movie ‘Room’ in 2016. A picture with her on his Instagram leaves no one in doubt about their relation. Whether this relationship will eventually see the light of day is something still left to be seen. But there is no doubt the duo has some bonds connecting them. As a promising movie actor, his net worth, though not yet determinable, is nonetheless promising. 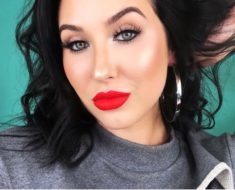 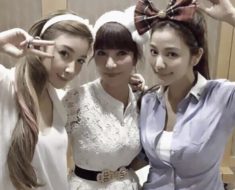 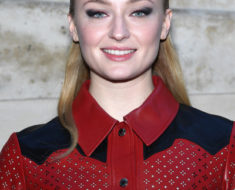 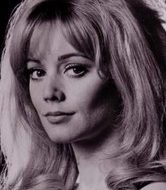