Cindy Crawford is a woman who has lived her life in the spotlight and now with social media shares her daily adventures with fans in pics on Instagram.

After graduating valedictorian and receiving an academic scholarship to study chemical engineering at Northwestern University, Cindy Crawford dropped out of college after one semester to pursue her modeling career. It would seem if Cindy Crawford had not made that decision, she would have been a successful scientist (who says models aren’t smart). In the 1980s, Cindy Crawford’s modeling career took off and by 1998, Cindy Crawford had been on a total of 500 magazine covers. In 1992, Cindy Crawford appeared in the Pepsi commercial ad that aired during the Super Bowl and the Pepsi commercial was later re-released during the 2016 Super Bowl. Cindy Crawford’s television career began on MTV’s House of Style between the years of 1989 through 1995. House of Style was created with the reaction of fans and viewers having a high fascination with models, the fashion industry, and the topic of eating disorders. Cindy Crawford, along with being a successful model, began acting in 1995 in the movie “Fair Game.” Cindy Crawford played alongside William Baldwin in “Fair Game,” and brought producers and directors a negative net worth after evaluating cost against box office gross. Cindy Crawford appeared in “Beautopia” in 1998. Cindy Crawford played herself in the movie “Beautopia.” Her movie career continued with the project “The Simian Line.” The movie “The Simian Line” was released on November 16, 2001. Overall her successes, Cindy Crawford crossed industry lines with the creation of her home furniture product line titled “Cindy Crawford Home Collection” in 2005. Cindy Crawford has made a name across industries for herself which has given her a massive financial status. Cindy Crawford is reported to have a personal net worth of $140M from her modeling, acting, endorsements, and furniture product line.

Though her beauty is undeniable, no one takes a picture like Cindy Crawford. Her Instagram page has 2.8M followers, with little over 2,000 pics. Though one would think the pics on Instagram would be of her in bikinis, Cindy Crawford shares an array of pics displaying her lifestyle, philanthropy, and yes of course, days at the beach.

Number 5: Cindy Crawford relaxes by the pool on a Saturday afternoon:

Number 4: Cindy Crawford shares the new release of the cover of Madame Figaro:

Number 3: Cindy Crawford gets personal with followers and shares a bedtime pic:

Number 1: Cindy Crawford provides followers with one of her epic throwbacks:

The Best is Yet to Come

If Cindy Crawford has taught her fans and followers anything, it is that as a woman, aging gets better with time. For a woman who seems to age in reverse, Cindy Crawford continues to amaze her fans with her new business ventures, career moves, and philanthropic work. It would seem that Cindy Crawford’s spotlight is not close to dimming and the actress, supermodel, and businesswoman has great life to live and share with everyone willing to watch. 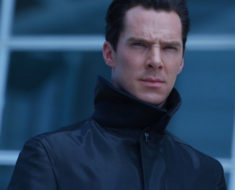 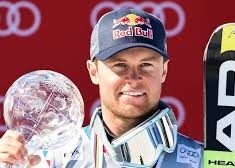 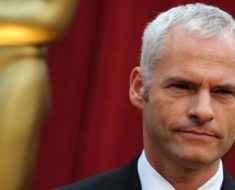