Woody Allen’s long-spanning career includes being a filmmaker, a writer, an actor, a musician and a comedian. Here is everything about his movies and net worth.

Allan Stewart Konigsberg was born on December 1, 1935, in Brooklyn, New York. He is the son of a jewellery engraver and waiter, Martin Konigsberg and a bookkeeper, Nettie. He happens to be descendant of a Jewish family. Allen’s family is known to have immigrated from Russia and Austria to the United States. Allen had attended a Hebrew School, Issac Asimov School for Science and Literature, which was known by the name Public School 99 at that time. After studying there for eight years, he went to Midwood High School and finally graduated in 1953. Allen was keenly interested in baseball and magic tricks during his high school years. It was at the age of 17 that he changed his name legally to Heywood Allen. At that time, Allen wrote jokes for an agent who further sold them to a newspaper columnist. With this brewing talent, he was already earning more than his parents as well. He later started calling himself Woody Allen. In 1953, Allen started his college at New York University where he decided to study communication and film, though, in the same year he dropped out for failing in Motion Picture Promotion. He studied at City College of New York in the following year but did not finish this as well. It seemed that Allen learned better outside the classroom. The then 20-year-old Allen was first married to Harlene Rosen from 1956 to 1959. He then got married again in 1966 to Louise Lasser. Even after their divorce in 1970, she appeared in three of his movies – ‘Bananas’, ‘Everything you always wanted to know about sex’ and ‘Take the money and run’. After this, Allen was involved in a relationship with another actor, Diane Keaton for about a year. She has worked with him in his movies like Sleeper, Love and Death, Manhattan and Annie Hall, a personally significant film for both of them as the role was specifically written for Keaton and even her birth name was Diane Hall. The most talked about relationship in the life of Allen has been the one with Mia Farrow. They were together for 12 years starting from 1979. Allen is currently married to one of Mia Farrow’s adopted children, Soon-Yi Previn. He is now a father of five children and lives in Manhattan.

A few of the most celebrated successes of filmmaker Allen are the films Crisis in Six Scenes, Annie Hall, Blue Jasmine, Midnight in Paris, Stardust Memories, Alice, Manhattan Murder Mystery, To Rome with Love, Magic in the Moonlight, Match Point, September, Small Time Crooks and many other. Apart from being a brilliant writer, Allen has not only made movies but has also acted in several of his movies and plays. He starred and directed and in the adaption of his play, Don’t Drink The Water and then in Play It Again Sam. Allen played the role of Jimmy Bond in the movie, Casino Royale, 1967 and later in Take the Money and Run, 1969. The Impostors, Company Man, King Lear, Paris Manhattan, Fading Gigolo, Scenes from a Mall, Picking up the Pieces, What’s New Pussycat are a few more movies to name that Allen has acted in. Also, Allen has worked as a stand-up comedian from the year 1961 to 1964 to boost up his career in comic writing.

Woody Allen as a writer

Allen began very young as a comic writer and established his identity in the industry as Woody Allen. He started mailing his jokes to many writers and even received positive responses. This leads to an initial job in NBC Comedy Hour and later a permanent job as a writer for Herb Shriner, a comedian himself. This kick-started his career and later on he was able to acquire the position of a comic writer by writing for television shows like The Ed Sullivan Show, The Tonight Show, Caesar’s Hour and Candid Camera. Effectively, Allen was earning a handsome amount of money and had already written twenty thousand jokes by the year 1962. Allen is known to have worked with many influential and famed humorists in his starting years like Danny Simon, Buddy Hackett, and Larry Gelbart. He then started writing short comic stories for different magazines, The New Yorker, is one of them. He even modernized the works of one its comic, Max Shulman and was extremely inspired by him. Getting Even, Without Feathers, Side Effects and Mere Anarchy are the four collections of short plays written and published by Allen. Allen also released a digital spoken version of these books in which he reads 73 of his stories. He was nominated for Grammy Award for Best Spoken Word Album as well. A great part of Allen’s net worth is credited to what he has written over so many years. Allen is also the writer for many books, plays and their movie adaptations – • From A to Z, 1960
• Don’t Drink The Water, 1966
• Play It Again Sam, 1969
• God, 1975
• Death, 1975
• The Floating Light Bulb, 1981
• Riverside Drive, 2003
• Honeymoon Motel, 2011
• Bullets Over Broadway, 2014.

Net worth and movie awards

The net worth of a person is calculated by estimating their assets, liabilities and in case of celebrities like Allen, the gross profit raised by their movies and other works and the significance they gain through public recognition and acknowledgement through the awards they win. The most important and famous movies by Allen have been – Annie Hall (1977), a romantic comedy film which has won four Academy Awards; Blue Jasmine (2013), an American black comedy-drama film which won BAFTA Awards, Golden Globe Awards and Academy Awards; Midnight in Paris (2011), starring Rebecca Hall and the TV series, Crisis in Six Scenes (2016). The net worth of Allen till now is estimated to be around $80 million. His most recent works include Irrational Man (2015), Café Society (2016), Wonder Wheel (2017) and A Rainy Day In New York, another comedy movie with Rebecca Hall and Griffin Newman as lead actors, set to release in 2018. • Wild Man Blues, a documentary, • Woody Allen: a Life in Film, a TV documentary,
• Meetin’ WA, a short interview, • Woody Allen: a Documentary, another documentary, • Woody Allen: A Biography, a book and a comic strip Inside Woody Allen’s some of the works created by other artists depicting the life and career of Allen.

It is amazing how the filmmaker Allen started from nothing and today has reached such heights of success through his talents. Allen has devoted his complete life to this industry and given his audiences the best of his works. Woody Allen is a perfect example that age is just a number and if you hold a strong will, no obstacle is powerful enough to stop you. 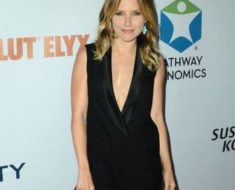 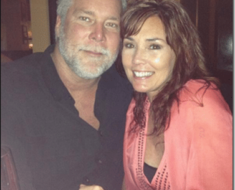 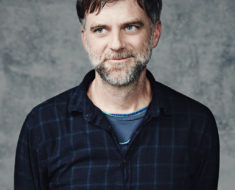 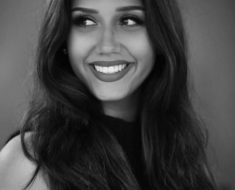 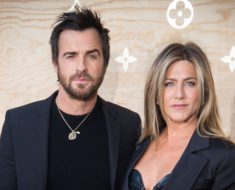