Home
Entertainment
Who Is Jing Tian? Wiki, Movie, Net Worth, ‘The Great Wall’ & Facts To Know

You are about to learn more about Jing Tian who has starred in many movies. Below are facts about her that you ought to know and her net worth.

Jing Tian: One of the fastest rising Chinese actresses

Some argue that she is the most hated actress in China. Well, she’s from China and she’s hated because she is famous and conquering Hollywood. We are talking about Jing Tian, and it’s sad that people hate her. We are lucky to see her talents. Grab a cup of coffee and watch some kung-fu. If it’s being fought by a woman and you are sure it’s a film you are watching, just confirm if the face you see is Jing Tian’s. Maybe it’s her! Jing Tian is a Chinese actress and her roles are epic and well performed. Forget all about those who are saying that she doesn’t change her expressions even when the plot changes and allow them to come on the stage and do half of what she does, there’ll be nothing! Jing has starred in different movies and but her popularity grew when she landed the primary role in “The Glory of Tang Dynasty. So, what do we know about Tian before Hollywood became her place of work? 29-year-old Jing Tian was born in Xi’an, Shaanxi, China. She also has an English name, Sally Jing. The movie and TV show actress graduated from the Beijing Dance Academy and also the Beijing Film Academy. Xi’an is a city with 700 years of history and it’s notably where the armies of Terracotta Warriors were discovered. Tian left home when she was 13 to join the Beijing Dance Academy and it’s while she was there that her passion for dancing took another direction and she developed an interest in acting. After graduating from the school of dance, she went to the Beijing Film Academy to learn acting. In a few years, she rose to be one of the Chinese actresses in both movies and television. She made her debut in America in the movie, “The Great Wall” alongside the American actor Matt Damon and his group of European mercenaries where she played the role of General Lin Mei. Jing Tian has starred in movies like “Pacific Rim Uprising”, “The Great Wall”, “Kong: Skull Island”, “Special ID”, “Police Story 2013”, “Ban Shu Legend”, and “Biography of Sun Tzu.”

Jing Tian is still the reason to watch The Great Wall

“The Great Wall” was the largest-budgeted Chinese-Hollywood co-produced movie when it was released. The movie reimagines the historical wall as a weaponized fortress that keeps bloodthirsty villains known as Tao Tei at bay. There are two prisoners from the west, played by Pedro Pascal and Matt Damon, who discover the Nameless Order, a Chinese elite military force that has one goal, to stop the Tao Tei from consuming mankind. There are other recognizable actors within the order which include, Andy Lau, Hanyu Zhang, Eddie Peng, and Lu Han Willen. Dafoe acts as a cultural liaison between the Chinese and the prisoners. The film somehow focusses on Matt Damon, but he is not the only compelling reason to watch. With all due respect, an unbiased critic would notice that Damon is not receiving his typical role even though he is the male action lead. Instead, more attention is going to the lead actress, Jing Tian, and she garners more attention when she speaks English in the film. Tian plays the role of Lin Mae, who is the commander of Crane Corps which is a female airborne branch of the Nameless Order. While preparing for the fantastic role, the actress devoted herself to learning English in months, horseback riding, and stunt training. Tian’s experience at the Beijing dance Academy worked in her favor and helped her prepare for her combat scenes that involved extensive wire stunt work. In fact, her character is putting herself in the forefront danger often. Wearing vivid blue armor, thereby evoking the bright skies, Lin Mae and her troops dive from the fortress and through spears into the Tao Tei in an effort to protect the Great Wall. She’s always ready to lead and she even takes on more responsibilities whenever there is a crisis. The Jing Tian character uses her cunning military wit to strategize with Andy Lau against their enemies who are evolving every time. Speaking about Tian’s role, Director Yimou Zhang said that he liked the idea of having a strong female hero in the movie because even in the west, they don’t make strong female warriors, so it was part of delivering a story with a woman in it.

She also starred in Pacific Rim 2

Jing Tian joined the cast of the movie, “Pacific Rim 2” alongside John Boyega in 2016. The “Pacific Rim Uprising”, “The Great Wall”, “Kong: Skull Island”, “Special ID”, “Police Story 2013”, “Ban Shu Legend”, and “Biography of Sun Tzu” actress was excited to land the role as it was the time she was entering Hollywood. Thomas Tull and Guillermo del Toro produced the action-adventure movie. The film is set in the near future with Earth fighting Kaiju, monsters that came from the bottom of the Pacific Ocean. The first movie grossed close to $500 million worldwide. Boyega played the son of Elba’s character who sacrificed himself in the previous “Pacific Rim” while Tian played the role of Liwen Shao. The film began its production in November 2016 and a portion of it was filmed in China. “Pacific Rim Uprising” was released just a few days ago on March 23. It was released by Universal Pictures and it is currently in the top 10 in the box office. Currently, it has grossed over $150 million against its budget of the same amount and it’s less than a week at the box office.

She is hua ping in the movie, Kong: Skull Island

Jing Tian had already starred in several Chinese movies before she made her debut in “The Great Wall” but then she got a role in “Kong: Skull Island” as a scientist who was sent to look for the giant ape, Kong. The role is what the Chinese critics describe as ‘hua ping’ or ‘vases’ in English which means actresses who are so insignificant in their roles that they are less noticed than the set decoration. The term has taken a new direction in its meaning as Hollywood has started casting more Chinese actors in supporting roles hoping that the blockbusters will reach a broader audience in the lucrative Chinese market. Despite her modest role, Jing Tian still got lavish praise from Vogt-Roberts even though she didn’t attend the press day with the other co-stars. The director of the move mentioned that he wished that she could stay longer in the movie because her fans adore her and she could be so emotive and expressive and revealed that they might retake her character in the next sequel. The director also said that working with Jing was awesome and described her as a pro and a fully committed actress.

But is Jing Tian the most hated actress?

Jing Tian is arguably one of the fastest rising stars in Hollywood, and if a CV is anything to come by, then she’s a Chinese actress determined to stamp her name in Hollywood. Being in movies like “Pacific Rim 2” alongside John Boyega in 2016. The “Pacific Rim Uprising”, “The Great Wall”, “Kong: Skull Island”, “Special ID”, “Police Story 2013”, “Ban Shu Legend”, and “Biography of Sun Tzu” just showed that she was on the road to fame. But despite her conquering Hollywood, back home, she has some noisy critics. In Douban, one of the most popular Chinese social media platforms where fans share their opinions and rate films, TV, and books, “Kong” got several one-star ratings in its first week of release and most of the reviewers were just angry because Jing appears briefly in the film. But that wasn’t the only reason the critics were throwing spitting bile. Tian was criticized for her performance and how her presence looked so out of place. Even the red plaid shirt that the actress wore became a cause of ridicule. Why so much hate?

Her long-time boyfriend is Lu Zheng

According to Sohu entertainment channel, Lu Zheng is the founder and also the chairman of Beijing Starlit Movie and TV Culture and he has cast Jing Tian in most of the films he has financed including “The Warring States.” Lu is said to be a shareholder of the Dalian Wanda Group, a real estate company that purchased Legendary Entertainment some year back. In an interview, Tian once admitted that her boyfriend encouraged her to get to acting and she didn’t know what she would do if it were not for him but she didn’t say who her boyfriend was. Gossip Mill took care of that so now we know it’s Lu.

WeChat conspiracy spinner, Ichinar, argued that that real reason behind Wanda’s efforts to help Jing rise to stardom is not for any profit but because of some rumored connections Tian has by blood with a superior party official who influences the fields of culture, film, and TV. A veteran Chinese journalist supported the theory but requested to have their identity hidden. The original post by Ichinar was censored from the Chinese internet, but the Chinese Media had already captured it and preserved it. The agents representing Jing Tian were asked for a comment on the speculations concerning her rise and the challenges they faced to represent a client who had some allegations following her, but they refused to respond. It is also said by some blogs in China that the actress is used as a vessel to launder money by her purported boyfriend.

According to Richest Net Worth, Jing Tian’s net worth is not clear even though she might have close to or over $1 million as net worth. She has made her net worth playing roles in “Pacific Rim 2” alongside John Boyega in 2016 as well as “The Great Wall”, “Kong: Skull Island”, “Special ID”, “Police Story 2013”, “Ban Shu Legend”, and “Biography of Sun Tzu.”

The allegations made against Tian might not be true, or maybe they are true. All she needs to do is focus on her career and everything else will fall into place. 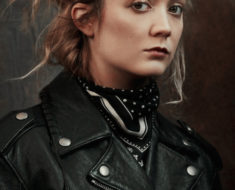 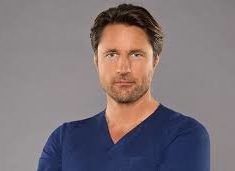 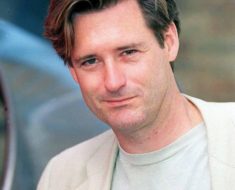 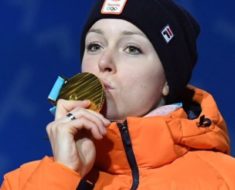 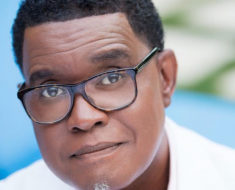