Jenna Morasca was a former swimsuit model and the winner of the reality TV Show, ‘Survivor’. Read interesting facts about her, including her net worth.

Jenna Morasca was born in 1981. She is an American actress, a former swimsuit model and an American reality TV contestant who won the million dollar grand prize from ‘Survivor: The Amazon’ in 2003. In 2009, Morasca worked for Total Nonstop Action Wrestling. In 2011, Morasca along with her then-boyfriend, fellow survivor winner Ethan Zohn, participated in the 19th season of ‘The Amazing Race’. Their team was eliminated in a double-elimination and they finished tenth for the season. Jenna Morasca was born near Pittsburgh, Pennsylvania. She still resides there with her family and is an only child. Before she appeared on ‘Survivor’, Morasca was a college student studying at the University of Pittsburgh. There, she was initiated into Zeta Tau Alpha. Morasca also worked as a swimsuit model at that time. Morasca began dating fellow Survivor champion, Ethan Zohn after she won on the TV Show in 2003. They lived together in Manhattan, but not together. Both confirmed in 2013 that they had amicably ended their relationship after being together for ten years. Morasca made headlines on January 25, 2018 after she was arrested in Washington, Pennsylvania for driving under the influence and possession of narcotics paraphernalia. A motorist had observed that she had passed out in the car while she stopped at a red signal. In the news it was mentioned that Morasca bites cop after being revived with the opioid overdose antidote Narcan. She bites cop on his forearm while in the ambulance according to the USA Today.

Morasca began her career in the reality TV Show, ‘Survivor: The Amazon’ in 2003. She was initially a part of the all-female Jaburu tribe. She was invited again in 2004 for Survivor: All-Stars. In 2005, Morasca became the co-host of CBS’s ‘Survivor After Show’ which was an internet talk show devoted to the current season of Survivor.’Survivor After Show’ was previously branded as ‘Survivor Live’. She had replaced Richard Hatch who was earlier hosting the show. Since then, Morasca has hosted the show for five seasons consecutively: Survivor: Palau, Survivor: Guatemala, Survivor: Panama, Survivor: Cook Islands and Survivor: Fiji. During a certain immunity challenge on the TV Show, Survivor: The Amazon, Morasca along with a fellow contestant, Heidi Strobel, had stripped off their clothes for peanut butter and chocolate! Morasca was the youngest contestant to ever win Survivor until Jud “Fabio” Birza won ‘Survivor: Nicaragua. Morasca still remains the youngest female contestant to win Survivor. Morasca was part of the Mogo Mogo tribe on Survivor: All Stars. She and her tribe won immunity in the first two episodes but in episode three, Morasca decided to quit the game show after regretting having left her dying mother. Her mother had been battling cancer for 12 years. Her mother died 8 days after she returned home from the game. Morasca later made her professional wrestling debut in 2009 in an episode of Total Nonstop Action Wrestlin’s TNA Impact! program, in a backstage interview with Mick Foley. She later appeared in backstage segments with Kevin Nash and his alliance, The Main Event mafia. It was later revealed that Morasca was the financial backer to the Mafia and her money was used to lure Samoa Joe to the stable. During the show, she was seen regularly bickering with fellow Mafia Valet Sharmell often leading to a catfight backstage on the May edition of Impact!. For the July Edition, Morasca hired Awesome Kong to train her for her next match against Sharmell at Victory Road. She defeated Sharmell. The match was rated by the Figure Four Wrestling star, Bryan Alvarez as ‘Minus Five Stars’. Morasca had a brief stint in television and films too. In 2003, she had a part in the Off Broadway play ‘Pieces’. In 2004, Morasca was on the Board of Directors for Animal Friends in Pittsburgh. In 2005, she appeared in a minor role in the made-for-TV movie ‘The Scorned’. Morasca was also a contestant in the February 2005 episode of ‘Fear Factor’, which starred former reality television contestants. She was eliminated in the second round of ‘Fear Factor’ by Omarosa Manigault-Stallworth. In October 2006, she was seen in the premiere episode of Celebrity Paranormal Project on VH-1, along with other notable celebrities such as Gary Busey.
In 2011, Morasca along with her then-boyfriend, fellow Survivor winner Ethan Zohn, participated in the 19th season of ‘The Amazing Race’. Morasca and Zohn arrived at the pit stop in 9th place, which would have just spared them from elimination, but, they were asked to return to the orphanage they visited in that leg to deliver all of their money, which resulted in them being dropped to 10th place and their elimination. Morasca and Zohn later also appeared together as guest sous chefs on the Food Network show ‘Dinner: Impossible’ and also on the fourth season of the ‘Celebrity Apprentice’. They supported their former Survivor castmate Richard Hatch who was a contestant. In 2011, Morasca and Zohn also starred in ‘The Watcher’ which was a 20-minute horror movie included in the Drive-In Horror Show series. Morasca’s strip with fellow contestant Heidi Strobel led to a spread in the August 2003 Playboy magazine. The former swimsuit model also appeared near-nude in an anti-fur ad for PETA with her boyfriend, Ethan Zohn, featuring the slogan “We’d Rather Go Naked Than Wear Fur!” Morasca modeled swimwear and was the CEO of a model scouting company called ‘Model Challenge USA’, which she founded in 2004.

Net worth of Jenna Morasca

Jenna Morasca has a net worth of $1.5 million.

Jenna Morasca uploads her photos on her Instagram page @jennamorasca. Her photos and tweets are also found on her Twitter handle. 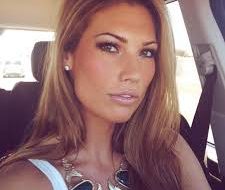 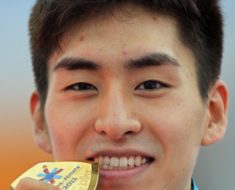 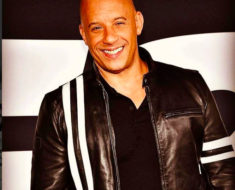 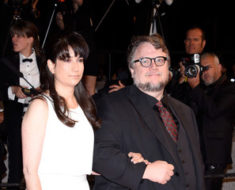 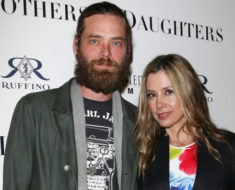