Sebastien Toutant is a snowboarder who recently participated at the 2018 Olympic Winter Games. Read 5 facts about him including his net worth.

Who is Sebastien Toutant?

Sébastien Toutant was born on November 9, 1992. He is a Canadian snowboarder and also the current reigning Olympic champion in the men’s big air snowboarding event which made its debut at those games. Toutant has won the gold medal twice in slopestyle at the X Games in 2011 and 2013. He has also won an additional two silver medals and a bronze in slopestyle and big air events at the X Games totaling his medals in the competition to five. Toutant has been nicknamed as Seb Toots by his friends and family. He loves Skating, wakeboarding, motocross, player poker and travelling when he is not snowboarding. The athlete can speak English language only. Toutant got his training under coaches Elliot Catton and Chris Witwicki. He made his World Cup Debut – 2010 in London, Great Britain. Toutant had once broken his right ankle while training for the Innsbruck Air and Style competition in 2009. He returned to competition in early 2010. The Olympic champion began skiing at Val Saint-Come ski resort in Quebec, Canada, before taking up snowboarding at age nine. He had accidentally broken his skis on a family holiday and had to borrow his brother’s old snowboard. He was not impressed with the sport at first, but eventually he caught the snowboarding bug. “I went snowboarding and I hated it. I came back and I was like ‘I just want to ski’. The next morning I went back up and caught the feeling of how to do it. The next day I was already jumping and I had discovered my new passion.” His hero is the US snowboarder Travis Rice. He believes in the philosophy that, “The more you try, the more you will succeed.”

Toutant has accidentally broken his skis and had to borrow his brother’s snowboard when he was just 9 years old. This was how he got into the sport although initially he did not like it much, slowly he got the hang of it never knowing that snowboarding would make him an Olympic Champion one day. Toutant’s skills were initially noticed when he won his first professional event at just 13 years of age. Toutant could not make his debut at the X Games in 2010 because of a broken ankle. The following season though, Toutant claimed a silver medal in Snowboard Big Air at the 2011 Winter X Games XV in Aspen, Colorado, behind Torstein Horgmo. He also won gold medal in Snowboard Slopestyle in the same games and it was his first gold at the X Games. This victory in slopestyle at the X Games made him the first male rookie to win gold medal at the X Games in the event since 2002. During the spring of 2011, he was the third person to land a triple cork. The next season, Toutant could not make any significant podium finishes. In 2013 Toutant made a comeback to the X Games in Tignes, France where he made it to the top of the podium after beating his friend and teammate Mark McMorris who he has known since he was 14 years old. Toutant next made his Olympic debut at the 2014 Winter Olympics where he was a member of Canada’s snowboard team. In the slopestyle final in Sochi Games, he managed to finish in 9th place overall. After the Olympics Toutant furthered his X Games pedigree, winning silver in slopestyle in Aspen, Colorado in 2016. After a week, he won the Air + Style event in Innsbruck, Austria. Toutant had a highly successful season in 2016-17. First he won bronze medal in the slopestyle event at the X Games Europe in Oslo, Norway. He then won the slopestyle event at the Cardrona Winter Games in New Zealand and also a gold medal in Quebec City in slopestyle at a stop on 2016–17 FIS Snowboard World Cup tour. Toutant also placed second in the Air + Style event in Beijing that year and later a second place finished in the US Grand Prix, while finishing the season with a third place finish on the Dew Tour. Though he was supposed to play with the 2018 Canadian Olympic team in Pyeongchang, Toutant participated in very few events in the buildup to the games. It was later found out that he had been dealing with a compressed disc in his back and was forced to gym only training and practicing while teammates McMorris and Maxence Parrot were training on the slopes. However keeping his injury a secret, Toutant hit the slopes at the 2018 Olympic Winter Games, and finished last in the men’s slopestyle final. In the big air final Toutant defied his injury and rode to a very surprising gold medal, surpassing teammates McMorris and Parrot. He said of his gold medal victory after that “I just love snowboarding so much, and I’ve been through so much lately. A couple of months ago, I couldn’t even snowboard, so it definitely feels great that I’m able to ride at my best and to put the tricks down. To be able to show up and to show the world what I can do is just awesome.”The victory made Toutant the first men’s big air champion in the 2018 Olympic Winter Games as this was the debut of the event at the games.

The net worth of the athlete is currently unknown. 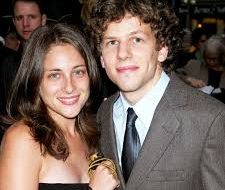