The famous Pole Dancer Sarah Jade married wrestler Dave Bautista in 2015. Read all about the beautiful wife of Bautista, Sarah Jade from below.

David Bautista is an American actor, former mixed martial artist, bodybuilder and semi-retired professional wrestler. From the year, 2000 to 2010 and again from 2013 to 2014, Bautista was signed to WWE under the ring name of Batista. He became a 6 time world champion, winning the federation’s Heavyweight Championship four times and the WWE Championship twice. Bautista also holds the records for the longest reign as World Heavyweight Champion at 282 days. He won the World Tag Team Championship 3 times. Bautista won the 2005 Royal match and later went on to headline WrestleMania 21, which is one of the top-five highest-grossing pay-per-view events in professional wrestling history. When he returned to WWE in 2014, he also won the 2014 Royal Rumble match and soon after that, he headlined WrestleMania XXX. Bautista signed a contract with Classic Entertainment & Sports to fight in mixed martial arts. Bautista also tried luck in acting and began acting in 2006. He starred in ‘The Man with the Iron Fists’ in 2012, ‘Riddick’ in 2013, ‘spectre’ in 2015 and ‘Blade Runner’ in 2017. Bautista is known for his role as Drax in ‘Guardians of the Galaxy’ in 2014 and then in ‘Gaurdians of the Galaxy Vol. 2’ in 2017. He will be next seen in ‘Avengers Infinity War’ in 2018.

Dave Bautista, the wrestler hooked up with Sarah Jade, the pole dancer. He recently married her and they have posted a lot of pics of their wedding on their Twitter and Instagram pages. Jade looked lovely in a modest, sleeveless, ivory and Grecian styled lace bridal gown paired with a sparkling headband. She carried a bouquet of white orchids and cream roses. David Bautista complimented his bride in every way and he looked dashing in a classic black tux. The wedding ceremony took place outdoors and the couple treaded down a cobblestone aisle which was adorned with white flowers. There were decorative white vines draped in the front. This was the third marriage for Bautista, who has two daughters from his previous marriages. He has been with Jade since several years now. He was earlier married to Angie Bautista from 1998 to 2006. He has two daughters named Athena Bautista and Keilani Bautista from his first wife, Glenda. Angie Bautista has battled ovarian cancer for several years and is now into remission. He was also married to Glenda Bautista from 1990 to 1998. Sarah Jade is a ‘Classique style pole dancer’. She stood at the second position at the USPDF Amateur Nationals in 2012. She hosts her own pole-dancing workshops. Their wedding was attended by Bautista’s wrestler friend Titus O’Neil and he posted some photos of himself with the groom on his Instagram page and captioned it, “Big Congrats to one of my Best Friends on the Planet @davebautista On Tying the Knot this past weekend with an Absolute Gem of a Woman named Sarah,” he wrote. “Thanks for Having Me and my family be a part of the wedding. With Love your BIG Lil Brother!! #Family #brotherlylove.” WWE stars Chris Jericho, MVP and William Regal were also there at the wedding, as seen by this amusing pic of the group with the groom.

Sarah Jade and Dave Baustin are 20 years apart but as they say everything is fair in love and so the age difference never bothered the couple. They stayed in a long time relationship together irrespective of their age differences and eventually got married. The famous American pole dancer, Sarah Jade is the owner of the Buttercup Pole Dance America and was also Miss Pole Dance America in 2016. The professional pole dancer got interested in pole dancing while she was just 18 years old. She used to watch YouTube videos of Karol Hems and Alethea Austin. Jade owns a fitness and pole dancing facility named Buttercup Pole Dance America which is located in Tampa, Florida. She was also named the ‘Most Athletic’ lady at the Florida Pole Fitness Championship in the Pro Division in the year 2012 & 2013. She made a successful career out of pole dancing and has yielded a sufficient amount of net worth from it. Jade shares a beautiful married life with her Wrestler husband. They got married in October, 2015. They have been married for almost two years now but the couple does not seem to have plans for children as yet. Born in December, 1987 in Tampa, Florida, Jade completed her graduation from the University of South Florida with a degree in sociology. She has a height of 5 feet 3 inches with a perfectly maintained curvy body. Sarah Jade travels across the nation holding pole dancing workshops and teaching her signature slinky style dancing. She has her own website under the name of sarahjadepoledancer.com where in the performer lists her various workshop locations. There is also a blog segment wherein she pens down her insights about pole dancing. 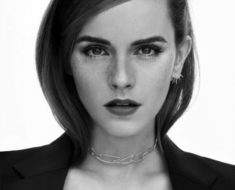 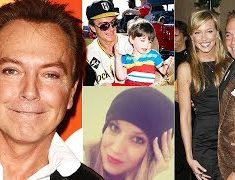 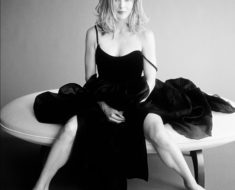