Home
Entertainment
Samantha Bee Wiki: Everything To Know About The ‘The Daily Show’ Host

Samantha Bee is one of the TV personalities you can never get bored of. Here are some facts about the TV show actress, including her net worth.

Samantha Bee: All about her

You must be knowing Samantha Bee unless you live under a rock. Bee is one of those women gifted with many talents and professions. She that kind of lady who you would see in a movie, switch to a show and still find her acting there, and then turn to her talk show and you find her throwing bars at Donald Trump or the next celebrity with sexual assault charges. Bee is a media critic, commentator, writer, actress, producer and TV host. You can watch Bee in movies like “Underdog,” “Furry Vengeance,” and TV shows like “The Detour.” Samantha Bee became famous after she became a correspondent on “The Daily Show” with Jon Stewart. She became an American in 2014, and she currently holds two citizenships; one for the US and the other for Canada. Time magazine named Bee as one of the top 100 influential people in the world. The 48-year-old Samantha Bee was born in Ontario, Canada and she is the daughter of Debra and Ronald Bee. Bee said that she had never seen a happy marriage in her family lineage. Her parents broke immediately she was born, and her grandmother raised her. At the time, Bee’s grandmother worked as a Catholic school secretary, the same school that Bee attended during her childhood. Bee joined McGill University where she studied humanities before transferring to the University of Ottawa. Bee also studied at George Brown Theatre School in Toronto.

Facts about the TV shows and movies actress

Bee is known for speaking out her heart regardless of who she is talking about. Recently, she defended the woman who accused the comedian, Aziz Ansari of sexual misconduct. The woman reported that Aziz Ansari had taken advantage of her and he either ignored or failed to notice her non-verbal discomfort. Ansari denied the claims and said that he was surprised and concerned. Some celebrities like Whoopi Goldberg criticized Aziz’s accuser, but Bee stood with the woman. She said that Ansari was not better than a rapist or a harasser and stated that his 2015 book, “Modern Romance” was an irony. Bee’s last message was aimed at men in general who claimed to be feminists asking them to behave like they ought to be.

She was political and hilarious at The Daily Show

You perhaps love the political commentary, not only discussions but also with a hilarious criticism. Well, why not catch up with Samantha Bee? Bee is another version of political commentator that even Donald Trump himself would want to watch her criticize him. Now you can watch her on her TV show, “Full Frontals.” There was a time she was working for the TV show, “The Daily Show” but that was to launch her career and build a net worth. In this TV show, you wouldn’t find some filler segments. Bee also does not disappoint. She can go on Twitter to comb out all trending political stories and being a political junkie is one of the things Bee does best. One more thing! You will never see Bee sitting behind a desk. She stands in the entire show.

The writing staff of her show is diverse

Bee spoke to New York Magazine a while back and revealed that her writing staff is as diverse as well as talented. According to her, half of the writers are women, while slightly over a quarter of them are people of color. Most of the people in that industry are white guys, and therefore what she did needs to be appreciated. However, Bee was not patting herself on the back or something but was actually hoping that more about the situation could be done. Bee stated that many people were talking about how they should make the balance instead of actually doing it. Samantha Bee also asked the audience if they knew a 45-year-old-lady who could fill a position as a writer or a black writer who wrote tremendously but never got a chance.

Who will ever forget Donald Trump’s “Shithole” statement? Well, you didn’t expect Bee to watch it go. Samantha Bee stated that everything that Trump had said since he took office is evident that he is a racist. The commentator asked the viewers to stop acting like they were shocked after hearing Trump calling Haiti and some African states “shithole countries.” Bee explained to them that they were supposed to worry about what he meant and it was evident that Mr. Trump despised black and brown people. They just had to agree with the fact that Trump is a racist and move on, according to Bee.

Apart from commentating, she appears on The Detour

Samantha Bee has also been a successful actress, and her performances have been admirable. One of the TV show’s she has appeared on is the 2016’s “The Detour” where she plays the role of Nate’s mother. Apart from TV shows, she has appeared in movies including “Underdog” and “Furry Vengeance.” Acting helped her gain a decent net worth.

Samantha Bee has a net worth of $7 million. Most of her net worth is from her acting role, but her main source of income currently is her show.

We all love Samantha Bee. Sometimes we are blinded by politicians and lied. People like Bee see beyond the lies and open our eyes. If it were not for Bee, some of the things happening would not be understood well. 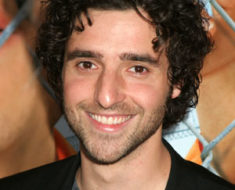 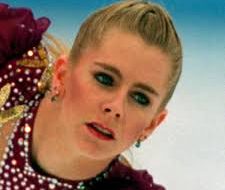 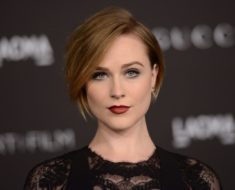 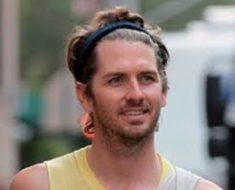