Home
Entertainment
Rodney Carrington Divorce, His Net Worth And Details

Bio, Height and Net Worth: Who is Rodney Carrington?

Rodney Carrington is an actor, an amazing country music artist, and an American stand-up comedian. He was born Rodney Scott Carrington in the City of Longview, in the state of Texas on October 19, 1968. That is where he was raised which explains his love of country music. His education background is not known by many as the only information available regarding his education background is that he went to a community college in Texas known as Kilgore College.

Rodney Carrington isn’t short; he is a big guy as he weighs about 84kgs and stands at a height of 1.78m (5 feet 10 inches). Another interesting detail you might want to know about Rodney is that his sign is Libra. When it comes to his net worth, Rodney is one of the richest as entertainers as he has had a very successful career as an actor, comedian, and as a musician. As of 2019, Rodney Carrington has a net worth of $6 Million with a huge percentage coming from his music and stand-up comedy career.

Carrington’s work is unique as he mixes his country music songs with his stand-up comedy something that has not been done before and this has helped him to stand out from the rest. Rodney lived the first twenty years of his life in Longview after which he moved to the City of Nashville, Tennessee where he began pursuing a career as a musician. His first album was released via Mercury Records Nashville in 1998 and it consisted of both his initial country songs and stand-up comedy. The album did not top the music charts but it did not do badly either as it made an appearance on Top Country Albums where it peaked at No.73 which was impressive.

For his first music album, he worked with Mercury Records Nashville and it was known as Hangin’ with Rodney. This album had 18 tracks in total – 15 songs with 3 bonus tracks and they were such as Tips on Shopping, Entertainment and Life, Likes, Dislikes & Sexual Confusion, Letter to My Penis, Dancing with a Man, and Aerobics with Rodney. Songs featured in this album were x-rated, humorous, or even politically incorrect and this helped him to stand out. The most successful song from his first album was Letter to My Penis and even though it did was non-charting; it helped Rodney Carrington get some recognition.

Related Article: Your First Hand News And Updates On Paris Hilton 2019 Paris Hilton; we all have probably heard her name or seen her somewhere, but not all of us actually knows her story and how she became the huge star she is nowadays.

After his first music album, Carrington moved from Mercury Records Nashville to Capitol Records Nashville where he released his second music album in the year 2000 by the name of Morning Wood. This was his breakthrough as the album as it became his first album to reach the Top 20 with several single making it to the music charts for the first time. The album had a total of 16 tracks – 10 tracks and 6 bonus tracks and they included songs such as; More of a Man, All About Sex, Play Your Cards Wrong, In Her Day, Morning Wood, Carlos, and Rodney’s Wife & Kids, Marriage, Vacations, among many others.

More of a Man was the most successful track and it reached No. 71 on what was then known as Hot Country Singles & Tracks – now referred to as Hot Country Songs. Rodney Carrington did not release another album until 2003 when his third album Nut Sack came out. This album had 16 explicit tracks and they included songs such as; Hypochondriac, Men and Women, Nut Sack, Letter to My Penis, Don’t Look Now, and Tips on Marriage, among many others. The most successful single from this album was Don’t Look Now which went on to reach No. 60 on Hot Country Singles & Tracks.

The fourth music album by Rodney Carrington was King of the Mountains which was released in 2007. The album had a total of twenty-six tracks and they included; My Angel Friend – which was one of the most successful singles from this album, Give It A Try, Christmas With The Kids, The Apple, Home Movie, Show Them To Me, and Put Your Clothes Back On, among others. Rodney Carrington went on to produce the fifth studio album known as El Nino Loco in 2009, his first Christian and sixth studio album Make it Christmas in 2009, his seventh studio album which was released in 2014 by the name of Laughter’s Good, and his eighth album which was released in 2017 known as Here Comes The Truth. His fifth album has ten tracks and they include songs such as El Nino Loco, Funny Man, Do You All, Bowling Trophy Wife, and Wish She Would Have Left Quicker. His sixth album consisted of songs such as Have Yourself a Merry Little Christmas, White Christmas, Presence of Love, Make it Christmas, and Oh Holy Night, among others.

Rodney’s most successful single would come from his sixth studio album as Camouflage and Christmas Lights went on to become his first ever Top 40 country song. Carrington’s seventh album, on the other hand, has twenty-two tracks and they include songs such as; The No Sex Penalty, Religions, Fooled Again, To The Couch, Little League, and Hookers Make You Skip, among others. His eight and latest album Here Comes The Truth has 27 extremely funny and explicit tracks such as Thank You, Marriage Advice Song, Show Them To Me, Just Gotta Stay Positive, The Grass Is Greener, and I’m Gonna Get a pop Tart, among others.

Rodney Carrington’s acting career started in 2004 when he stared Rodney, a sitcom that aired on ABC and that was based on his own life. The acting career of Rodney Carrington is not as colorful as his music and stand-up comedy careers are and this is proven by the fact that his sitcom aired for only two seasons with the only other acting gig coming four years later when he made an appearance in the 2008 film Beer for My Horses.

Dating History Of Rodney Carrington And His Divorce

In 2012, Rodney Carrington and his wife Terri parted ways after 19 years together making their marriage to be one of the longest celebrity marriages. Carrington later revealed that trouble started in 2010 when they separated and they tried to work things out without any success leading to their divorce two years later. No one knows the real reason why Rodney and Terri got divorced as they have both been very successful in keeping their personal life private. What we do know is that it was Terri’s decision to leave the marriage as Rodney was very committed and did everything he could to make it work.

Rodney Carrington is still single and does not seem to be in a hurry to change the status as he is focused on being a dad to his three sons who he shares custody with his ex-wife Terri Carrington.

Celebrities such as Rodney Carrington are very important is our society. They are people who the young generation look up to for guidance on various issues. This is why the behavior and character of celebrities matter as they are the role models. Celebrities who, for example, abuse substances are bad examples as they influence the teenagers into thinking what they are doing is cool and this ends up destroying their futures. Celebrity relationships also have an effect on the population. Looking at the life and career of Rodney Carrington, it’s clear that he is one of the best examples of responsible celebrities who influence society in a positive way. He has always been a humble, a responsible, and law-abiding citizen which is not always the case with celebrities. The fact that his marriage lasted 19 years says a lot about him. He was not ready to give up on his marriage even though there were some problems as he tried his best to save it. It’s also amazing to see that he takes care of his sons even after parting ways with his wife and these are some of the things people can learn from Rodney Carrington – one of the greatest stand-up comedians and country music artists in the world. 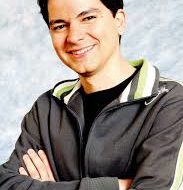