Learn all about Academy award winning actress Jennifer Connelly, her work and her personal life as wife of actor Paul Bettany.

More Than Just Paul Bettany’s Wife: Who is Jennifer Connelly?

Jennifer Connelly’s acting career began at age 14, when she fell into a role in crime film ‘Once Upon a Time in America.’ She had been modeling since age 10 and was convinced to go on a few auditions. Connelly was immediately offered the role and decided to take it. That was the beginning of an illustrious career that includes many critically acclaimed performances, a Golden Globe, and an Academy Award.

Jennifer Connelly was born in 1970 in Cairo, New York. Her family lived in Brooklyn Heights for the majority of her childhood, which she spent modeling and acting. She never intended to be an actress; a family friend suggested that she model, and her short modeling career led her to acting. ‘Once Upon a Time in America’ came about in 1984, and Connelly caught the acting bug. Throughout her teens, she acted in a few other projects, most notably ‘Labyrinth’ with David Bowie. Although a box office flop, ‘Labyrinth’ has become a cult classic. In 1988, Connelly started college at Yale University. She later transferred to Stanford University in California so she could pursue acting at the same time, but soon dropped out to act full time. In 1990, Connelly took a role in ‘The Hot Spot’ opposite Dennis Hopper. This was her first truly adult role, and she was praised for her transition into serious acting. It was also her first role that required nudity, effectively breaking her child star image. ‘The Rocketeer’ followed in 1991. The big-budget Disney film failed to launch her career, receiving lukewarm reviews. However, Connelly met actor Billy Campbell on the set of ‘The Rocketeer,’ and the two were in a relationship for five years before splitting in 1996.

Breakthrough and ‘Requiem For a Dream’

Connelly finally found her breakthrough role in 2000 in the Darren Aronofsky film, ‘Requiem for a Dream.’ She played a young woman who becomes addicted to heroin and turns to a life of prostitution. Connelly took preparing for the role very seriously, renting an apartment in the same neighborhood as her character and attending Narcotics Anonymous meetings. She was highly praised for her performance and became much more well known.

‘A Beautiful Mind’ and Oscar Win

After reading the script for Ron Howard’s ‘A Beautiful Mind,’ Connelly became intrigued. Howard had seen one of her earlier films, ‘Inventing the Abbotts,’ and liked her performance. That coupled with her recent work in ‘Requiem for a Dream’ solidified the role of Alicia Nash, the long-suffering wife of the film’s subject, mathematician John Nash (Russell Crowe). Her work in the film was outstanding and earned her a Golden Globe, a BAFTA, and an Oscar for Best Supporting Actress. Her next project was Ang Lee’s ‘Hulk,’ an introspective look at the popular Marvel comics superhero. ‘Hulk’ received mediocre reviews, but her next film, ‘House of Sand and Fog,’ earned critical praise once again. Connelly shined as Kathy Nicolo, an abandoned wife whose house is sold without her consent. After ‘House of Sand and Fog,’ Connelly took a break from acting.

Marriage to Paul Bettany and Hiatus from Acting

In 2003, Connelly married Paul Bettany, whom she met on the set of ‘A Beautiful Mind.’ Their first child was born the same year, named Stellan. Connelly had a child with previous boyfriend David Dugan in 1997, a son named Kai. Her two-year hiatus from acting was spent caring for her new family. In 2011, she gave birth to her and Bettany’s second child, a daughter named Agnes. Connelly’s first role back was in ‘Dark Water,’ a paranormal horror film in 2005. It opened to mixed reviews and did moderately well at the box office. Later that year, she starred in ‘Little Children’ with Kate Winslet. It was critically acclaimed and was nominated for three Academy Awards. In 2006, she starred in ‘Blood Diamond’ opposite Leonardo DiCaprio. The film was a huge success and was nominated for five Oscars, although it did not win any.

In ‘Reservation Road,’ Connelly took on another role of a complicated woman that presented new challenges. She plays a woman overcome with grief after her son dies in a hit and run accident. Connelly called it the most difficult role she had up to that point. Both she and Joaquin Phoenix’s performances were praised and made the film more than just a melodrama. Connelly teamed up with Balenciaga and Revlon in 2008, becoming the face of their new makeup lines. She also starred alongside Keanu Reeves in a remake of ‘The Day the Earth Stood Still.’ In 2009, she went back to more serious drama with ‘Creation.’ The film depicts the relationship between Charles Darwin and his wife. Her husband, Paul Bettany, played Darwin, an interesting choice, but one that worked well in the film. ‘Virginia,’ a small independent film directed by Dustin Lance Black was Connelly’s next dramatic role. She did extensive research for her part as the mentally unstable Virginia by watching documentaries on schizophrenia and spending time at a mental hospital in New York. The film premiered at the Toronto International Film Festival in 2010. Going forward, Connelly took roles in lighter fare. She was in two comedies over the next few years: ‘The Dilemma’ with Vince Vaughn and ‘He’s Just Not That Into You.’ However, both were moderately received and she turned back to drama. Her latest role was in Darren Aronofsky’s biblical epic ‘Noah.’ The 2014 film reunited her with Aronofsky and her ‘A Beautiful Mind’ costar Russell Crowe. In reviews, her performance as Naameh was well received. 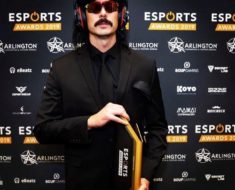 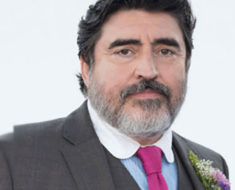 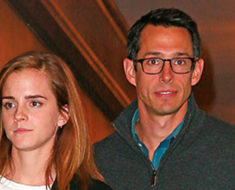