Find out hilarious actor Steve Carell’s net worth, his age, where he came from and where you’ll see The Office and Despicable Me actor in upcoming movies.

The Office Actor Steve Carell: Where He Began

Steve Carell (age: 55, height: 5’ 9”) was born in Concord, Massachusetts to Edwin Carell and Harriet Carell, neither of which was in the entertainment world as their son would soon be. As a child, Carell began starring in small school productions and eventually became the lead in many of these productions. For a time, Carell worked as a mail carrier in his hometown, but quit very quickly to pursue his dream of becoming a famous actor with an incredible net worth. Carell started joining different acting organizations in order to hone his craft and get good experiences. At age 29, Carell was a regular in these acting companies and even had Stephen Colbert as an understudy at one time.

In 1996, when Carell was age 34, he was cast in Dana Carvey’s sketch comedy show: The Dana Carvey Show. Carell played a variety of characters in the show and connected with a lot of Hollywood’s funnymen whose net worths he could only dream of. This put Carell in a great position to star in more television shows and films and showed his immense value in the world of comedy. For years, Carell would play small roles, hardly making it into the public’s eyes. In 2003, Carell starred as Evan Baxter in the film Bruce Almighty, the title character of which was played by comedy legend Jim Carrey (age: 55, height: 6’ 2”). A sequel, titled Evan Almighty, would be made with Carell’s character as a star.

Perhaps the role that broke Carell out of being just an extra character was his role as Brick in the film Anchorman. While Carell was only a supporting character, his character gave audiences immense laughs, and would finally showcase him as one of the funniest actors of his time. Carell was given the lead role in the film The 40 Year Old Virgin in 2005, which Carell co-wrote with director Judd Apatow, which was loved by critics and audiences alike.

Steve Carell in The Office

While Carell’s net worth remained relatively small during his 20s and 30s, it would increase ten-fold over the next years of his life. In 2005, the same year Carell wrote and starred in The 40 Year Old Virgin, he starred as Michael Scott in the american version of The Office. This role would lead Carell to become a widely talked about actor in the film and television world. He began making loads of money during each half an hour episode and soon his net worth would grow to be over $50 million. Carell stayed on the show for 7 seasons, and finally decided to leave in order to pursue other projects that he didn’t have time to do while filming the show. His final episode was watched and cherished by millions.

After his success as Michael Scott in The Office, Steve Carell was a much sought after actor in Hollywood. In 2009, he voiced Gru in the film Despicable Me. Gru would go on to appear in two other Despicable Me films. Carell changed the indie film world when he starred in Little Miss Sunshine and made people cry with his performance in the movie Dan in Real Life, and won audiences hearts when he appeared in Crazy Stupid Love. Crazy Stupid Love also stars Ryan Gosling and Emma Stone and the trio won over the box office with magnificent performances.

Carell Winning the Eye of The Academy at Age 53

While he often interacted with a character named Oscar in The Office, it wasn’t until 2015, at age 53, that he was nominated by the academy for an Oscar for Best Performance by an Actor in a Leading Role for the film Foxcatcher. Carell was up against Michael Keaton, Bradley Cooper, Benedict Cumberbatch, and Eddie Redmayne. Eddie Redmayne ended up beating Carell to the prize, but Carell’s performance in Foxcatcher was absolutely incredible and many believed it was worthy of winning the award. We are sure to see Carell nominated again in the future given his outstanding acting in wonderful movies.

In 1995, long before Carell became a famous Hollywood actor, he married his wonderful girlfriend Nancy Carell. Steve and Nancy Carell have been together ever since. While she isn’t a famous Hollywood actress, she does appear in films and television shows from time to time. She plays Carell’s on and off again girlfriend in The Office, and appeared as his wife in the film Seeking a Friend for the End of the World. Both Steve and Nancy Carell have been known to write projects together, as both of them are extremely funny and are able to combine their own ideas into hilarious scenes.

You may have seen Carell appear recently, once again alongside actress Emma Stone, in Battle of the Sexes or re-appearing as Gru in Despicable Me 3. Perhaps you were able to catch him in his most recent film, Last Flag Flying. Last Flag Flying was released in theaters on November 3rd and was met with fantastic critical reception. Carell is also set to appear in Minecraft: The Movie, Beautiful Boy, and She Came to Me. As always, we can expect to see Carell do a terrific job acting in these movies.

While it took actor Steve Carell many years to break away from being just an extra, his hard work and determination have clearly paid off. With a net worth of over $50 million, Carrell has shot to the top of the A-list and seems to continue to rise. Carell has a huge range of talent and has shown audiences this time and time again. 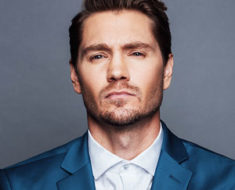 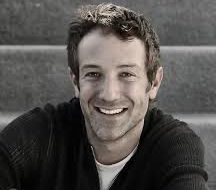