Home
Entertainment
Noah Schnapp Wiki: Net Worth & Facts About Will From ‘Stranger Things’

Noah Schnapp, boosted his net worth & is poised to become the next big thing with an incredible performance in Season 2 of the acclaimed show “Stranger Things.”

Noah Schnapp Inspired By Broadway’s “Annie” To Get Into Acting

Noah Schnapp is the front-runner for best performance awards of 2017 for his work on “Stranger Things,” season 2. At age 14, Schnapp breathes new life into the small screen with his commanding performance as the possessed Will Byers. Bravo!

“It’s so cool because the way you find out is you just turn the page and all of a sudden, ‘Oh, the monster’s in me! OK.’ I was so excited to be a bigger part of this season.”

Noah Schnapp on his character Will Byers on season 2 of “Stranger Things,” to E! News.

“It’s emotional, it’s a lot more exciting but it’s still has everything from the first season. Will is going through a lot more stress. I know he had a lot of stress last season too but that was another dimension. Now he’s struggling with the aftermath and that has changed him mentally.”

Noah Schnapp on Will Byers journey from season 1 to season 2 of “Stranger Things.”

Noah Schnapp Has A Twin

You could say that Noah Schnapp was destined for fame. Before playing Will Byers on the internationally successful Netflix series “Stranger Things,” he debuted on the big screen in Steven Spielberg’s “Bridge of Spies.” What audience’s don’t know about Noah Schnapp is that he has a fraternal (non-identical) twin sister named “Chloe.” His twin sister and parents Karine and Mitchell Schnapp support the young actor’s dream and are happy to let Noah shine, while they keep the home fires burning for the talented young man.

Noah Schnapp loves his best friend and fraternal twin “Chloe.” The siblings keep life pretty simple off set and this allows Noah Schnapp to live a normal life outside of the rapid fame that has engulfed the down-to-earth family that hails from Canada.

Noah Schnapp had a big year in 2015, starring opposite Tom Hanks in “Bridge Of Spies” and then landing a coveted voice-over role in a huge budget movie. Every child actor’s dream is to play a well-known and beloved character. The competition is stiff for such opportunities and Noah Schnapp aced it by landing the lead as the voice of Charlie Brown in “The Peanuts Movie.” Not bad for an unknown kid from Canada.

People Are Raving About Noah Schnapp

Season 2 of “Stranger Things” was EPIC. The topic that everyone is frothing on about is Noah Schnapp and his commanding performance throughout season 2. SPOILER ALERT: Noah Schnapp, aka Will Byers, spends most of season 2 tied up, possessed, and tortured by Winona Ryder, aka Joyce Byers. In a desperate attempt to sever her son’s ties to the fiendish “Mind Flayer’ Will Byers endures unspeakable torture at the hands of his friends and family and the acting is so real we can’t unsee it or unknow it. Well done Noah Schnapp.

Net Worth Of A Young Star: Million Dollar Man

Noah Schnapp was born October 3, 2003, and at only age 14, he has amassed quite a king’s fortune for someone so young. According to celebrity facts, Noah Schnapp has earned a cool one million dollars, so far. With endorsements pending, season 3 of “Stranger Things” going into production in 2018 and residuals from his voice-over work on “The Peanuts Movie,” rest assured that Noah Schnapp has only just begun his ascent to the top of the Hollywood heap. Keep your eyes peeled for the rise of Will Byers, aka Noah Schnapp, – he is destined for greater things than “Stranger Things,” and we can’t wait to see the next generation light up the screen.

Noah Schnapp is enjoying his newfound fame by posing for an ad campaign for “Gucci Japan.” This is one of many celebrity endorsements for the young actor, who’s fame as Will Byers on “Stranger Things” has become a global sensation.

“When we hired him, we knew he was incredible and we knew we were going to under utilize him in season one. We just said to him, trust us, your time is coming. Well, season two got here and his time came and he crushes. He completely, utterly crushes.” 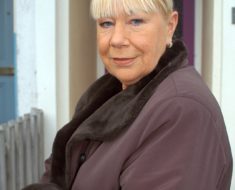 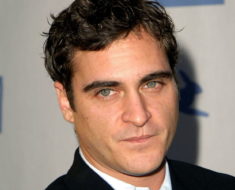