Nicole Muirbrook is Taylor Sheridan’s wife and she is an actress and a model. Here are some details about the good looking model.

Nicole Muirbrrok Has Appeared On Covers Of Popular Magazines

Nicole Muirbrook was a model before she became an actress. She appeared on the covers of Vogue, Vanidades, Girl, and Blush Bella. The first TV series that made Nicole famous was an American sitcom “How I Met Your Mother.” Many thought she would take the role of Ted Mosby’s wife, but it never came to happen. She played the role of Thalia in “The Human Contract,” a movie directed by Will Smith’s wife, Jada Pinkett Smith. However, both roles were not high profile. Her biggest appearance is in a commercial for Lynx Bullet. Taylor Sheridan’s wife also starred in the 2009 movie, “I Hope They Serve Beer in Hell” as Christina. Nicole Muirbrook is the face model of Nvidia’s “Medusa.”

Nicole Muirbrook: How I Met Your Mother

Nicole’s Muirbrook’s didn’t have a significant role in “How I Met Your Mother,” and her role was listed as “woman.” It was the setting of the TV show that didn’t allow Nicole to be a major character. If Ted had bumped into that character, it would have raised some suspicion. Keeping her role low key made sure the last episode ended perfectly. Everybody was waiting to find who the real mother was. What if it came out to be Nicole Muirbrook? It would be a complete surprise. Never the less, she was on TV. It was her first time to appear on a popular show, and you know how first times are.

The Actress In The Old Navy Great Jean Sale Commercial

Nicole Muirbrook is more of a model that an actress though, and by being on the cover of popular magazines, you know she is definitely a star. If you are someone who was watching TV frequently four years ago, you perhaps came across an “Old Navy Great Jean Sale” commercial which featured Debra Wilson as an airport security checking a sexy actress. Maybe you still wonder who the actress was. It was Taylor Sheridan’s wife, Nicole Muirbrook. The “Old Navy Great Jean Sale” commercial was not her last one, and she is now a face for business marketing.

Sheridan’s Wife Is Worth $1.6 Million

Taylor Sheridan’s wife has also appeared in the movie, “Hollywood Photoshoot” as Nic. Her modeling career is paying off, and most of her worth is from what she knows best, modeling. Nicole Muirbrook has a net worth of $1.7 million, an amount most models only dream about. She is wealthier than most actresses who have held main roles in some TV shows and movies. As a model, she is active on Instagram, and she posts some hot pictures of her as well as some memorable moments with her husband.

Just like his wife Nicole Muirbrook, Taylor Sheridan has made a name for himself in the television and film industry as an actor, screenwriter, and director. He began taking recurring roles in TV series such as “Walker, Texas Ranger,” “Veronica Mars,” and “Sons of Anarchy.” But he didn’t put his screenwriting skills to test until he turned 40 when he wrote the film “Sicario.” The film was received positively and received a couple of nominations including Best Original Screenplay in Writers Guild of American Award.

Sheridan’s first film to direct was the horror film “Vile” and the second one was “Wind River,” which he also wrote the script. “Wind River” main roles are depicted by Elizabeth Olsen and Jeremy Renner. The film is about an FBI agent(Olsen) and a veteran game tracker(Renner) investigating a murder which took place on a Native American reservation. Before it premiered, the film was dropped by its distribution company but later finalized its deal to distribute it. Sheridan and his wife were present during the film’s premiere. The film has an Instagram handle for its fans. Sheridan is currently working on a TV series, “Yellowstone” starring Kevin Costner and it is set to hit the screens in 2018. Sheridan had a humble beginning though. His parents lost their property in the early 1990s. Sheridan said he would still be living there if his parents would not have lost the property. He failed out of Texas State University but was given a second chance by a talent scout and allowed to pursue an acting career in Los Angeles.

Taylor Sheridan might have been through some hardships in life and became successful late in life, but he has managed to immerse some wealth from his career. He has a net worth of $6 million. Some fans wonder if he will act in one movie with his wife. Well, only time can tell. It’s evident they are a happy couple from their red carpet appearances. Nicole Muirbrook has a full career ahead of her; maybe she will surprise her fans with a new commercial or possibly land herself a major role in the film and TV industry. 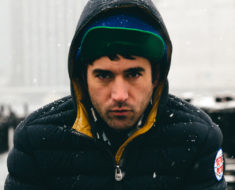 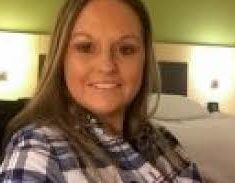 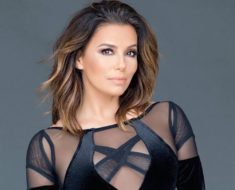 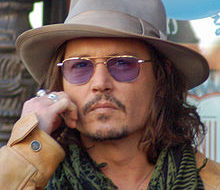