Naomi Odenkirk is a talent manager, a producer and the wife of Bob Odenkirk. here are facts about Miss Odenkirk that you perhaps didn’t know.

Naomi Odenkirk is an American film producer, a talent manager and the wife of comedian, writer, and director Bob Odenkirk who is at the age of 52. Bob Odenkirk is known for his comedy in “Saturday Night Live,” “Mr. Show,” and “Ben Stiller Show.” There is a higher chance that Odenkirk’s fans are also interested in his wife, Naomi Odenkirk who is at the age of 47. Mr. Odenkirk and his wife have been married since 1997 and still strong 20 years on. What people might not know is that Noami was the producer of Bob Odenkirk’s film debut “Melvin Goes To Dinner” and she played that same role in his next projects. But many people might be asking how the Odenkirks met. Naomi Odenkirk revealed to Playboy Magazine that she followed Bob for over a year before he paid attention to her. Mrs. Odenkirk explained that she first saw Bob Odenkirk perform in a famous comedy club in California and she couldn’t get him out of her mind afterward. It popped into her that she would want to be married to Mr. Odenkirk, but she was shy during their first meeting. Eventually, they knew one another, and as they say, the rest is history. They have two kids, Nathan Odenkirk and Erin Odenkirk.

When She Became Marriage-Minded

Perhaps you didn’t know that Kristen Wiig used to babysit the Nathan and Erin Odenkirk when they were young. She is now a client for Naomi Odenkirk. Bob and Naomi Odenkirk own Odenkirk-Provissiero Entertainment where Naomi is a talent manager. Their love never dies and they usually show off the affection they have towards one another. Mrs. Odenkirk told Playboy interviewer that she felt totally satisfied by her husband’s love. She wasn’t a marriage-minded woman but a career-minded one, but she couldn’t ignore her feelings for Bob Odenkirk and she would talk about him all the time. People would offer to introduce Odenkirk to her, but she would refuse.

Other Facts About Naomi Odenkirk

1. Her Hubby Grew Up With Seven Siblings

Bob Odenkirk was raised in Illinois and was one of the seven children Walter and Barbara Odenkirk. Bob’s father was Irish while his mother was German and they were Catholics. Her parents divorced due to his father’s alcoholism and he passed on in 1995. Bob Odenkirk said that his father was smart and would have done great things but he was a failure.

2. Her Brother-In-Law Is Wrote “The Simpsons”

Since Naomi is the wife of Bob Odenkirk, she is part of the entire Odenkirk dynasty. Right? Well, her hubby’s younger brother, Bill Odenkirk is said to be a co-executive producer on almost every American’s favorite show, “The Simpsons.” Bill Odenkirk is also an actor, writer, and producer for “Mr. Show.” Surprisingly, the younger Odenkirk holds a Ph.D. in organic chemistry which he earned from the University of Chicago.

You know Flo? Her real name is Stephanie Courtney and she is popular for her Progressive Auto Insurance commercials. She had roles in “2 Broke Girls” and “Mad Men,” and yes, she was managed by Mrs. Odenkirk. Other stars that went through the hands of Naomi Odenkirk are Kristen Wiig, Bill Hader, Jenna Fischer, Casey Wilson and Derek Waters.

It was said that Mrs. Odenkirk and her children Nathan Odenkirk who is 19 years old and Erin Odenkirk who is 17 years old, insisted and persuaded Bob Odenkirk to play the role of Saul Goodman in the film “Breaking Bad.” He was afraid of taking the role because he felt the stage was much compared to what he was used to.

Bob Odenkirk wife has a good history, and so is him, except where his father was always drunk. Born in Illinois and raised in Naperville, Odenkirk watched how alcohol wrecked their home and it influenced him to avoid alcohol as much as possible. He once said that growing in Naperville felt like a dead end for him and he hated the place. Bob Odenkirk wished he could move to the city and live with people doing wonderful things. Odenkirk said that “Monty Python’s Flying Circus was his strongest comedic influence. Odenkirk has won several awards and nominated for a Golden Globe Award.

Bob Odenkirk played the main role in American TV crime drama series, Better Call Saul. The series was a creation of Vince Gilligan and Peter Gould, and it was “Breaking Bad’s” spin-off, also by Gilligan. It was a story about a small-time lawyer called James Morgan “Jimmy” McGill, depicted by Bob Odenkirk. The fourth season of Better Call Saul will air in 2018. Just like its predecessor, the series received some positive reviews and was even nominated for a couple of awards including two Golden Globe Awards.

Naomi And Her Husband’s Net Worth

You can see Naomi’s images all over the internet including on Instagram. She is not an active user of the site though. However, you can see the images of her husband on Google and his Instagram handle. The wife of Bob Odenkirk has a net worth of $1.7 million while Mr. Odenkirk has a net worth of $4 million. Both Odenkirks also have some assets and a company to manage.

Naomi Odenkirk is a happy woman. Not many women site men and approach them. And if they do, they are perhaps turned down or get into a complicated relationship. For Naomi Odenkirk, she fell for a good man, and they are so happy as a couple. What else would Mrs. Odenkirk ask for except being a supportive wife to her husband, Bob Odenkirk? 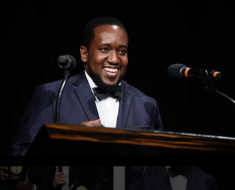 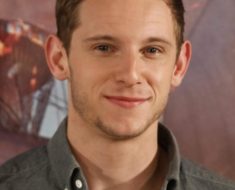 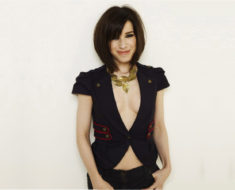 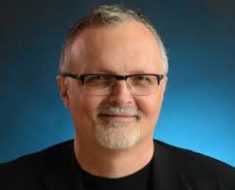 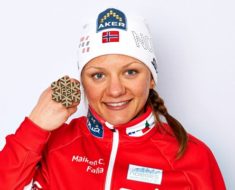