Who is Nancy Carell in “The Office”? The wife of comedian Steve Carell has much to offer. Learn interesting facts about her life and work here.

Nancy Carell is the wife of actor and comedian Steve Carell. She is a comedian and actress herself and is best known for her work on The Office, Saturday Night Live, and as a correspondent on the Daily Show. She has made appearances in other movies starring her husband as well, including a small role on hilarious 2005 romantic comedy The 40‑Year‑Old Virgin. Nancy was born in Cohasset, Massachusetts on July 19, 1966. Her maiden name is Walls. Her husband Steve Carell, is also a Massachusetts native. When the two are not busy in Los Angeles, they enjoy spending time in their home state. Nancy Carell graduated from Boston College in 1988. She met husband Steve Carell as a student of his in an improvisation class at the famed Second City theater in Chicago. Although it took them a few weeks to gather up the courage to go out on their first date, the rest is history and they have been happily married for over 20 years since. The couple has had two kids together, Elizabeth and John, and are the creators of the TBS comedy show Angie Tribeca.

Nancy Carell on The Office, SNL, The 40-Year-Old Virgin and other roles

It is well known that Steve Carell played Michael Scott, the quirky manager of the paper company Dunder Mifflin on the tv show The Office. However, many people don’t know that his wife, Nancy Carell, played real-estate agent Carol Stills, one of Michael Scott’s girlfriends, on seven episodes of The Office. Nancy is also known for her impersonations of journalist Bobbie Batista on the 21st season of SNL (Saturday Night Live), which aired from 1995-1996. She also appeared in an episode hosted by her husband, Steve Carell, in 2008. In The 40‑Year‑Old Virgin, Nancy made an appearance as a Health Clinic Counselor. She briefly appeared in the 2011 movie Bridesmaids, as character Helen’s tennis partner. Additional roles include a flight attendant in the movie Anger Management starring Jack Nicholson and Adam Sandler, Marcia on the tv-series The Naked Trucker and T-Bones Show and Davinia on the tv-series Georgia.

Nancy and Steve Carell share chemistry both on and off screen and have been happily married for over 20 years. They have two kids together.

Nancy and Steve own the Marshfield Hills General Store, in Marshfield Hills, Massachusetts. Nancy’s sister, Tish Vivado, manages and runs the store. Tish notified Nancy about the store is up for sale and soon afterward, she and Steve decided to purchase and renovate it in 2009. They are both Massachusetts natives and spend a lot of time there with their family to relax and escape the public eye. Although Steve admits that buying the store was not the best investment, he claims to not regret it a bit, as his time spent in their home state of Massachusetts has been worth every penny.

Nancy And Steve Carell Net Worth

It is estimated that Nancy Carell’s net worth is $400k. Her husband, Steve Carell, is reported to have a net worth of around $50 million.

With both Nancy and Steve being comedians, it is no surprise that they eventually teamed up on the creation of their own comedy show, Angie Tribeca. Angie Tribeca, created by Nancy and Steve Carell, is a satirical comedy series on TBS starring Rashida Jones as Angela (Angie) Tribeca, a police detective after whom the show is named. In the show, Angie is a 10 year veteran of the LAPD RHCU (Really Heinous Crimes Unit). The show has been described as a hilarious spoof of a TV Cop show. It is now scheduled for a fourth season, starting in 2018. Bobby Cannavale is reported to be added to the cast. Some of the episodes include investigation of a string of baker murders, uncovering an illegal pet ferret smuggling operation and busting an organ thief. Nancy Carell plays Katy Perry in the show, wife of Mayor Perry. Other recurring cast members include James Franco as Sgt. Eddie Pepper, Heather Graham as Agent Diane Duran and Chris Pine as Dr. Thomas Hornbein. Guest stars have including celebrities like Adam Scott, Lisa Kudrow, Gary Cole and Gene Simmons. Overall the reception of Angie Tribeca has been very positive. It is has been compared to other police comedy shows like Police Squad!, Sledge Hammer! and the British show A Touch of Cloth.

Nancy and Steve look lovingly at each other in the picture above. It is rare to find such a happy Hollywood marriage, however, both have a great sense of humor, which must help them to keep their relationship fresh and alive.

Nancy and her husband Steve Carell teamed up on the creation of the TBS show Angie Tribeca, now entering it’s fourth season on air.

A photo of Nancy Carell alone with a huge smile for the camera on her birthday.

Nancy and Steve Carell looking stunning and holding hands on the red carpet of the Golden Globe Awards ceremony. 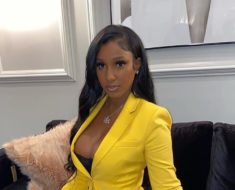 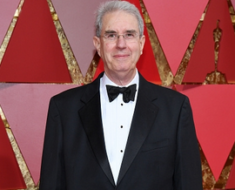 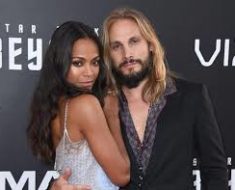 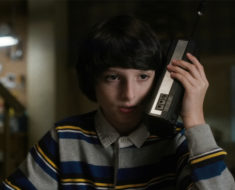