Home
Entertainment
Lizzy Caplan Wiki: Everything To Know About The ‘Now You See Me 2’ Actress

You’re about to learn more about Lizzy Caplan who is an actress and a model. Below are some interesting facts about her and her net worth.

If there is an actress in Hollywood who’s flexible, it’s Lizzy Caplan. The actress can take on any role and if she assumes a character that is sexual, she will do it so well that you might think she can do porn too. That, however, is a different story for another day. Caplan has been since 1999 and the world has seen her on both big and small screens. She is not only an actress but she’a a model as well. Caplan rose to fame after she starred in the television series, ‘Freaks and Geeks’ in 1999. Since then, Caplan has gained the wider attention of her roles in different films and TV shows. What was of Lizzy Caplan before the spotlight? 35-year-old Lizzy Caplan was born in Los Angeles, California and she was raised up in the Miracle Mile district. Her family is of Reform Jews. Her father, Richard Caplan served as an attorney and her mom, Barbara was a political aide. Caplan is the youngest in their family and she has one brother, Benjamin and a sister, Julie. Caplan’s mother, Barbara died of illness when the actress was just 13 years old. She also has an uncle, Howard Bragman who is a publicist. Caplan went to Alexander Hamilton High School and she also attended music classes at the school. The actress had an interest in playing piano, but she changed her mind to pursue drama. Lizzy Caplan was also played soccer for her school team. She graduated from high school in 2000 and didn’t attend college to focus on acting. Before she graduated, Caplan was deep into acting and was already starring in ‘Freaks and Geeks.’ The actress has also starred in movies like ‘Gambit’ ‘Now You See Me 2’, ‘Mean Girls’, ‘Masters of Sex’, ‘The Interview’, and ‘Cloverfield.’

Facts to know about the actress.

She has chosen songs to be played at her funeral

Lizzy Caplan is a hilarious actress who is not afraid to speak about anything funny. She even spoke about her death and chose songs that her cold body will want to hear as she is passed along to the other side. She was launching the ‘Ill Behavior’ TV series and she had the opportunity to express the soundtrack of her funeral.
Caplan chose songs to excite her funeral audience and the list is unpredictable. Her first choice is the ‘Jurassic Park’ theme song from John Williams. Caplan said that would excite everybody into the proper funeral mood. They will look a little teary but mostly awestruck at the fact that they will live for the rest of their lives without her. Caplan’s next choice was ‘Angel’ by Sarah McLachlan, a sad song but not her favorite though. Other songs that she wants played at her funeral are ‘Skinny Minnie,’ ‘Ex Girl to Next Girl,’ and ‘Lazarus’ by David Bowie.

Her breakout role was in Mean Girls

Even though her first role was in the TV show, ‘Freaks and Geeks,’ her first big screen role was as Janis in ‘Mean Girls.’ Caplan starred alongside Lindsay Lohan. Janis got shunned in the series by her former best friend, Regina George, a role played by Rachel McAdams and the rest of the high school’s popular clique. She and Lohan’s character become great pals and vow to take George down. In an interview with Red Carpet, she talked about the experience she had on set, saying that it was a college experience they never had. In March 2014, Lohan visited Jimmy Fallon and hinted about a reunion of the ‘Mean Girls’ and said that it was vital for it to happen.

Lizzy Caplan and her husband Tom Riley who is a producer, tied the knot on Italy’s Amalfi Coast in the first weekend of September last year. The actress wore a beautiful bridal gown which her husband shared on Instagram, the photo was the first one showing the couple’s Ravello nuptials. Caplan sat on the grass and giggled alongside the apple of her eye and rocked a striking, flowing long-sleeved traditional gown and completed the look with flowers in her hair. The producer posted the black and white photo on his Instagram to celebrate their union and joked that his wife looked fertile and she would make a satisfactory wife. Tom wore a suit and tie just like any ordinary groom.

She read The Joy of Sex to prepare for her role

Caplan’s co-star, Michael Sheen gave the cast some copies of the book and Caplan went on to do her research. She was flipping through the book and reading stuff about it. The actress said in an interview that she would get obsessed with sex and its study. Caplan said that there was a big difference between her and the character.

According to ‘Celebrity Net Worth,’ Lizzy Caplan has a net worth of $6 million dollars. She has made most of her net worth from roles in movies and TV shows like ‘Gambit,’ ‘Now You See Me 2’ ‘Mean Girls,’ ‘Masters of Sex,’ ‘The Interview,’ and ‘Cloverfield.’

It’s been six months she she got half a married and she’s still having the best moments with her husband before they have their first child. Her fans can only admire how beautiful she looks with Riley. 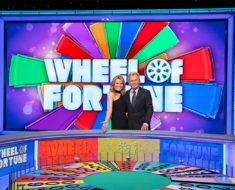 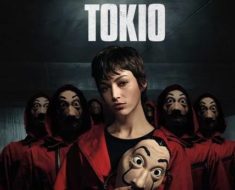 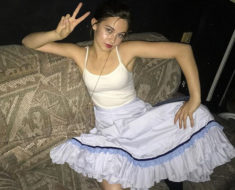 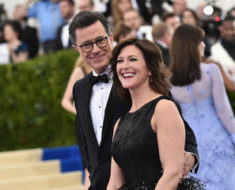 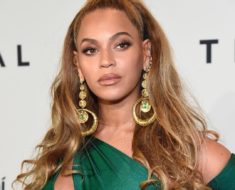