All You Need To Know About Lauren Kitt

Lauren Kitt, who is a fitness guru and enthusiast, married Nick Carter on April 12, 2014. Nick Carter is the youngest member of the biggest and popular all-boys band Backstreet Boys, which has been tantalizing music enthusiasts and their diehard fans for more than 24 years and counting. Lauren Kitt Carter climbed the ladder of fame with her video series “Kitt Fit” based on her fitness mantras and tips on workouts. Her popularity rose to the next level when Nick Carter starred in the videos as cameos. Lauren Kitt and Nick Carter starting dating each other and got engaged in 2013. How blissful is that?

Before tying the knot with the heartthrob, Lauren Kitt was ridiculed and stalked, because of her romance with Nick Carter. In 2012, she gave a great comeback by posting a message with a picture of her kissing her man Nick Carter. According to IMDb, the couple met because of Angel Carter and Aaron Carter who are Nick Carter’s sister and brother respectively. After the marriage, Lauren Kitt gave birth to Odin Carter, her first child with Nick Carter at the age of 32 years. Born on April 19, 2016, Odin Carter is currently aged 1.5 years.

Lauren Kitt was born on June 3rd, 1983 in Los Angeles, CA. Lauren Kitt is a well-renowned writer, a fitness guru and an actress who appeared in her fitness video series “Kitt Fit” (2013) alongside Nick Carter on YouTube. Her height is 5 feet 11 inches or 1.8m and her zodiac sign in Gemini. The total net worth of Lauren Kitt is approximately $1 million, as reported by Celebrity Net Worth.

As of November 2017, Lauren Kitt Carter has over 108k followers and 2019, she has 136k. If you wish to know more about her, she is an avid Instagram user who has posts every bit of her life as herself, Nick’s wife, and their children and much more. Her Twitter handle has over 54.2K followers. She has been an active Twitter user even since she joined it in February 2009. Well, Nick Carter and Lauren Kitt got married April 12th, 2014 but Aaron Carter, Nick’s brother could make it to their wedding. Aaron blamed it on his business commitments for his absence in the wedding, in The Daily Mail after he was interviewed. The Daily Star alleged the US Airway flight on which Aaron Carter was supposed to reach Santa Barbara got mechanical issues thereby delaying the flight.

Being obsessed with technology and social media as we are, A.J. McLean, a fellow groupmate, posted the pre-wedding rehearsal dinner on April 11, 2014, on Instagram giving exclusive insights about the wedding which took place the next day. As a token of love and a marriage gift, Nick Carter gifted his wife Lauren Kitt a brand new white colored Jeep Rubicon and posted a photo on Instagram. According to sources, Nick popped the question with a seven-carat diamond ring in February 2013. According to The Daily Mail, the seven-carat diamond ring had been in Nick’s pocket for two weeks before the moment came. Soon after, Lauren Kitt and Nick Carter organized their bachelorette party at Ghostbar, Palms Casino Resort and now, they are a happy couple with a newborn baby.

The Channel name is “Lauren Kitt.” Although it lies dormant now, since no new videos have been uploaded in 3 years, it does depict how Nick Carter’s entry in the videos boosted the viewers. She currently has over 4,779 subscribers totaling over 255,461 views as of November 2017. Her fitness video series “Kitt Fit,” received the most views on each of the total six episodes which accounts for more than 1/3rd of the total views. The teaser alone has over 33K views and the video showing Nick Carter titled as ‘Welcome to “Kitt Fit”!’ has gained over 75K views.

In which movie did she appear?

If you are searching for the movies and TV shows in which she appeared, you have the list here. She started her fitness video series Kitt Fitt in 2013 as stated above. Before that, she appeared in The Pendant (2010). In “I (Heart) Nick Carter,” she appeared as herself alongside husband Nick Carter which was about her life with her now-husband. Kitt was also on one episode of “One Life To Live” in 2013 as a boot camp instructor. She also appeared in the movie “Dead 7” in 2016 which released on April 1st, 2016 receiving 3.1/10 rating at IMDb. Her other appearances were in TV show “The Real” in 2014, “Larry King Now” in 2014, and “Entertainment Tonight” in 2016.

Her wedding with Nick Carter can be seen on YouTube at VH1 titled “I Heart Nick Carter | Husband & Wife | VH1″ alongside various stories, news, photos, etc starring herself, Nick Carter and their son, Odin Carter, for which the first look was uploaded by Entertainment Tonight.

To Summarize about Lauren Kitt

Lauren Kitt went from a fitness guru on YouTube to Nick Carter’s wife and now the mother of his child, Odin Carter. According to the couple, handling the pregnancy and the baby wasn’t too difficult as people would otherwise say. After gaining enough popularity with a series of movies and TV shows, she might even have roles in upcoming movies that you have been eagerly waiting. Watch out for the beautiful Lauren Kitt. 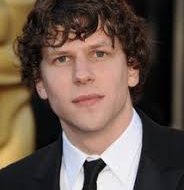 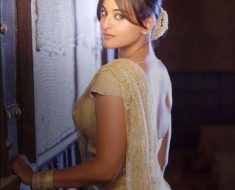 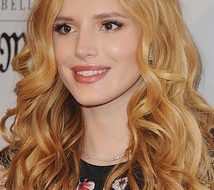 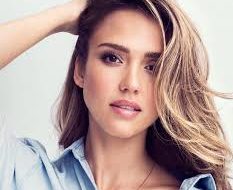