Julia Roberts, the Oscar-winning actress, has been a public favorite for decades. Her latest movie, Wonder, is far from the first hit the actress has worked on.

Julia Roberts has become one of the world’s most successful actresses, both in terms of public opinion and box office success. Roberts is an Oscar-winning actress who has dazzled audiences with her performances and charm since she started acting in the 1980s. Thirty years later and Roberts is still amazing us with her wonderful movies.

The majority of the world was introduced to Julia Roberts in the movie Pretty Woman, a movie which still to this day is a favorite among all ages. It is one of Roberts’ most successful movies, although she was paid only $300,000 for her part as Vivan Ward, she proved herself as a worthwhile actress. In 2003, Roberts was paid $25 million for her movie, Mona Lisa Smile. By that time, Roberts had also enchanted the hearts of many rom-com fanatics again in Notting Hill alongside Hugh Grant. In 2000, Roberts won an Oscar for her role as Erin Brokovich in Erin Brockovich, a key environmental activist. Ten years later, Roberts would take on another non-fiction role when she starred in Eat Pray Love as Liz Gilbert. All these wonderful roles and more seemed to have worked out well for Julia Roberts because, as of 2017, her net worth is $170 million.

In all honesty, I wish a woman this beautiful was posting on Instagram daily. She is more than her looks though, she is extremely talented. Julia Roberts has been nominated for an Oscar four times, three British Academy Film Awards, four Critics’ Choice Movie Awards and an impressive eight Golden Globe Awards. It’s almost a good thing Julia Roberts doesn’t have an Instagram or else it would be full of award ceremonies. Amongst all these nominations for her stunning acting work, the 50-year-old actress has won People Magazine’s Most Beautiful Woman an unprecedented five times. She was first named People Magazine’s Most Beautiful Woman back in 1991, and yet, like a fine wine, Julia Roberts has only gotten better with age.

Being nominated for awards so many times leaves you open to a few opportunities — blundering opportunities. Roberts has fumbled at the Oscars twice. The first time was during her acceptance speech for her Erin Brockovich role when she crucially forgot to thank the actual Erin Brockovich during the speech. She later apologized, and since we all love Julia Roberts, we forgave her for the minor slip-up. The second hiccup she had was when she was presenting Denzel Washington with the Best Actor award in 2002. Roberts made a joke about Tom Conti not being there when she met Bill Conti, who was the conductor that tried to quicken the end of Roberts’ previous Oscar speech. It was only a small slip, it has probably either been forgotten or laughed about now.

Julia Roberts Isn’t The Only Actress In Her Family

Julia Roberts’ acting talents run in the family. Her parents used to run an actors and writers workshop in Atlanta when Roberts’ mother was pregnant with her. An interesting fact about this is that the children of Coretta Scott King and Martin Luther King Jr learned acting from Roberts’ parents. Coretta Scott King even paid Julia Roberts’ mother hospital bills when she gave birth to Julia. Yet, even though the young Julia Roberts grew up around people who loved to act she did not want to be an actress when she grew up. She wanted to be a veterinarian but later admitted that she realized she didn’t have too much of an interest in the scientific side of the study. Her love of animals still persists to this day; she cares a lot about animals and the environment as well. Seeing as Roberts parents clearly loved acting, it helped push her into an acting career and it’s no surprise that her siblings, Eric Roberts and Lisa Roberts Gillian would also love acting. Julia Roberts even shared a screen briefly with her sister Lisa in the second season of Friends. Julia Roberts made a guest appearance on the hit show while she was dating one of the show’s stars, Matthew Perry. While both of Roberts’ siblings have been moderately successful, it is her niece, Emma Roberts, that is truly following in her Aunt’s footsteps. Emma Roberts (pictured above) first came to fame at the young age of 13 with her Nickelodeon show, Unfabulous. Over ten years later and, like her aunt, audiences just can’t seem to get enough of this member of the Roberts family. Julia Roberts’ talent, charm, and abilities seem just as brilliant as they were thirty years ago and I believe Emma Roberts will prove the same.

The Pretty Woman Star Likes to Relax and Unplug

We all love Roberts and we can’t get enough of the actress. If she was active on social media, we’d be lapping up every second, but alas, Julia Roberts isn’t one for social media. Roberts must share her Notting Hill character’s feeling when it comes to privacy–you won’t find Julia Roberts on Twitter or Instagram anytime soon. She told Entertainment Tonight in 2016 that she doesn’t think it’s a bad thing, but she explained she just likes to be present.

“It’s about allowing time to just exist,” she says about spending time with her family. “Conversations require a complete disregard for the clock — so that you can just listen and really be present.”

Julia Roberts believes in being able to just unplug from everything else and spend time with her family and loved ones. She, like many of us, likes to relax and unwind with her family at the end of the day. How very Eat Pray Love of her. All joking aside, Roberts is actually a practicing Hindu. She has been drawn to Hinduism for many years and truly believes in the thoughts and ideals of the Hindu religion. Julia Roberts is self-aware enough to know that if she had Instagram she’d be on it all the time and she thinks that her time is better spent with her children.

Roberts’ Path to Her Religion

While Julia Roberts was born to a Baptist father and a Catholic mother and raised in a mostly Christian household, Eat Pray Love must have had an impact on her. It is believed that the actress converted to Hinduism while she was filming her hit movie, Eat Pray Love in India. She herself has said that she was intrigued by Hinduism for a reason that was unclear even to herself. Roberts had seen a picture of the guru and teacher, Neem Karoli Baba. She didn’t know who he was at the time but she felt drawn to him. That was what lead the actress down her first steps to Hinduism. Now, years later, she is fully practicing the religion along with her husband and three children. She even named her production company Red Om after the sacred symbol and sound of the Hindu religion. Red Om is also Mored, Roberts’ husband’s last name spelled backward. Maybe it’s a coincidence or maybe Roberts combined them to use as inspiration to name her production company.

Julia Roberts and Her Movies Are Full of Some Interesting Facts

Did you know that Julia Roberts doesn’t actually appear on the cover of her internationally known movie, Pretty Woman? It’s true! Roberts’ face was superimposed onto a body double, Shelley Michelle. That’s not the only mind-boggling fact about the acclaimed movie. The infamous laugh scene where Edward snaps the lid of the jewelry case on Vivan’s fingers was improvised. Some say it was Richard Gere trying to cheer Julia Roberts up because she was down that day, others say that it was Gary Marshall’s, the director, idea to have something for the gag reel. In the end, Marshall enjoyed the genuinely shocked laughter of Roberts’ and decided to keep it in the movie. Thank God for that. Pretty Woman isn’t the only Julia Roberts movie with a few interesting facts in it. Erin Brockovich, which won Roberts her Oscar, has a few itself. Julia Roberts, who is naturally left-handed, had to learn how to use her right hand for the part of Erin Brockovich. Her hard worked paid off it seems because Roberts was paid 20 million dollars for her role, setting her on her path to her now impressive net worth. That paycheck made Julia Roberts the first woman to break the 20 million mark in Hollywood. What a great feat for women. In the movie, the real Erin Brockovich made a small cameo where she plays a waitress named Julia. Clever name switch by the creative team there. Die-hard Anna Scott and William Thacker fans might be upset to know that the actors of the Notting Hill couple had a bit of a falling out after the movie was finished. Hugh Grant had made a comment on the size of Julia Roberts’ mouth, he joked that during the kissing scenes he could hear a faint echo. No wonder Julia Roberts got so angry at him. At least she has since forgiven her Notting Hill co-star and said she would agree to work with him again. Julia Roberts’ wonderful smile and large teeth are some of her most excellent trademarks. Even a group of Bulgarian archaeologists think so when in 2004 the archaeologists uncovered one of Europe’s oldest skeletons. They named it after the Oscar-winning actress due to its near perfect teeth. Not a lot of Hollywood stars have a skeleton named after them — Julia Roberts truly is a notch above the rest.

Julia Roberts Latest Movie, Wonder, Is Letting The Actress Show Her Mom Side

Wonder, which is in theaters now, has Julia Roberts playing the role of Isabel Pullman, the mother of Auggie Pullman who has a craniofacial difference. It’s a beautiful adaptation of a novel of the same name. Roberts apparently called her agent after she had finished reading the novel with her own children. This isn’t the first time Julia Roberts has played a mother but each time she plays any role it’s so incredible it feels like it is the first time. The kind-hearted nature of Isabel Pullman most likely mirrors the kind-hearted nature Julia Roberts treats her own children with. Heart-warming and tear-jerking, Julia Roberts leaves us wanting more. Wonder is out now in theaters, a must-watch for any Julia Roberts fan and for those who want to see something that will change their perspective.

Julia Roberts Is Here To Stay

Julia Roberts has defined the time-limits placed on most actresses in Hollywood and this Oscar-winning actress is here to stay. Roberts has come from a simple beginning in Georgia surrounded by family, to stardom, all while keeping her family close and remaining down to earth. This beauty will be gracing our screens and hearts with her talents for years to come. 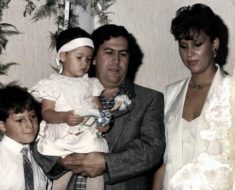 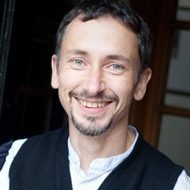 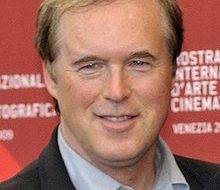