Child actor Jon Paul Steuer died at the age of 33. Find out more about his net worth, movies, death, ‘Star Trek’ and other interesting facts about him.

The actor Jon Paul Steuer in a nutshell

The child actor Jon Paul Steuer was best known as Quentin Kelly on the ABC series ‘Grace Under Fire’. Steuer began acting at the age of 4 on the TV Show ‘Day by Day’ in the role of Scotty Glbert. Steuer also became the first child actor to play Worf’s son, Alexander Rozhenko, on ‘Star Trek: The Next Generation’. Steuer also starred in Steven Spielberg film ‘Little Giants’ and in a 1993 horror film, ‘Amityville’. Steuer owned his own vegan restaurant in Portland, Oregon. He was born in Escondido, California in 1984. He died on January 1, 2018. Steuer was an American actor and musician. People also knew him for playing Johny ‘Viper’ Vennaro in a children’s comedy film, ‘Little Giants’ in 1994. He got into the food business after spending several years as a musician. The child actor probably did not have an Instagram account as not many photos of his are found on any social networking sites. Few of his photos can be found with his band, ‘P.R.O.B.L.E.M.S’.

Steuer was only 3 years old when he voiced his wish to become an actor to his mother. His mother was a former member of the United States Ski Team. His mom immediately enrolled him into children’s modeling shows at local shopping malls. He got lucky when another child did not appear for one of the shows and Steuert leaped to the opportunity, jumped onto the stage and showed his acting skills. A talent agent got impressed by the boy’s performance and approached his mother later with an acting offer. Within a year, the child actor received many guest-starring minor roles on the TV Show, ‘Day by Day’. In 1990, Steuer played the role of Alexander Rozhenko in the ‘Star Trek: The Next Generation’ for the episode ‘Reunion’. Many children auditioned for the role but he was the only one to be able to sit still for three hours for the make-up department to cast his Klingon facial prosthetics. He won the role. Steuer was again sought by the producers of the series after a year to reprise the role and by then he had only grown half an inch in height. He was just 6 years old then and his voice was not deep enough so the producers cast actor Brian Bonsall as Alexander. This upset Steuer a lot. Steuer got many roles after that for the next three years, including the 1991 comedy, ‘Late for Dinner’, a guest role in the episode ‘Unpacking’ of the TV Show, ‘The Wonder Years’ and a role in the telefilm, ‘When Love Kills: The Seduction of John Hearn’ in 1993. Steuer got to play the role of Quentin Kelly in the television series ‘Grace Under Fire’ in 1993, but he later quit the show due to the extensive press attention given to the lead actress of the show, Brett Butler. He auditioned for more roles later on but got fed up with the producers and press who kept questing him on what it was to be working with Brett butler. Steuer quit acting. He told an interviewer in 2015, “I wanted to forge on with acting after quitting the show, and I went out on a few interviews. But even then they’d turn into question-and-answer sessions with casting agents about Grace Under Fire. I was kind of blown away by how unprofessional people inside the industry were. It really soured me. I didn’t want that kind of attention.” Steuer later moved to Denver, Colorado. In 2003, he and many other local musicians formed the glam punk band ‘Kill City Thrillers’. Steuer performed as lead singer for the band under the name Jonny P. Jewels. Within a few months, the band changed its name to ‘Soda Pop Kids’. In 2005, the band and most of its members moved to Portland, Oregon. The band dissolved in November 2009. Steuer had to work as a bartender and server for many years after that until 2015, when he partnered with chef Sean Sigmon to open Harvest at the Bindery, a vegan restaurant located in Portland. Owing to Steuer’s sudden death in January 1, 2018, the restaurant closed down permanently.

Actor Joh Paul Steuer died suddenly at the age of 33 on January 1, 2018. The musician’s bandmates in the punk group P.R.O.B.L.E.M.S. announced the sad news on their Facebook page on Wednesday. “It is with heavy hearts and saddened minds that we announce the passing of our dear friend and singer Jonny Jewels, AKA Jon Paul Steuer,” the post on Facebook said. “The addition of Jonny to our dysfunctional band family was one of the best choices that we have ever made, and he brought a much needed sense of fun and lightheartedness to everything we did. He was only with us for a little more than a year, but we managed to cram a lifetime of great experiences into his tenure as our singer: dozens shows at home in Portland and across several states, an amazing European tour, and our best full-length release yet. “We’ve lost our singer, but far, far more than that we’ve lost a friend. Rest in peace, Jonny…we love you.” The cause of death for Steuer has not been disclosed.

The net worth of the actor is currently under review. He had ventured into food business apart from his acting career. The actor was also part of a music band called ‘P.R.O.B.L.E.M.S’ and he must have made a good deal of net worth from this diverse career options.

The actor’s death came as a shock to the industry. May his soul rest in peace! 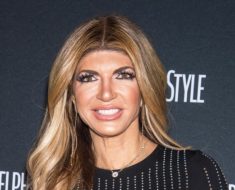 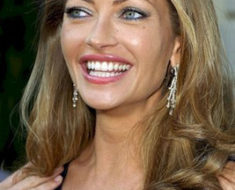