Joel Schiffman was born in 1958. He is the Vice President and Director of financial institutions at Janus Group. Schiffman has been at the company that has been based in New York City for almost two years now. Schiffman graduated from the Univeristy of California in 1981. He has a Bachelor of Arts degree in Economics. While Schiffman was at the ULCA, he was on the rugby team and a part of the Sigma Alpha Epsilon fraternity.

Schiffman also attended the University of Pennsylvania for graduate school. He became a certified investment management analyst at the University’s Wharton School. He completed his graduation in 1995. Joel Schiffman’s is a successful financier. Today, he is as successful as his girlfriend Hoda Kotb.

His net worth currently cannot be estimated but looking at his job profile, it can be said that his net worth might be quite good. His LinkedIn profile speaks a lot about his vast experience and immense knowledge: “Financial executive with broad experience in asset management relationship [responsibilities] for key retirement platform partners and sub-advisory relationships. Previous experience includes institutional sales for both traditional and alternative investment firms as well as investment consulting to institutions and family offices.” His job description: “Build and maintain relationships with key insurance partners. Responsibilities include developing and implementing investment and sales strategies designed to assist our partners in achieving their sales goals and investors their retirement goals.”

Schiffman has an adult daughter named Kyle, aged 23, from a previous marriage. Kyle Schiffman attends school in Paris, France. Kyle and her potential new stepmother, Hoda Kotb, are on good terms too. Kyle supports their union. In 2015, after stopping by The Today Show to visit Hoda in New York City, Kyle Schiffman posted a message calling her “awesome.”

How did they meet?

Hoda Kotb and Joel Schiffman met at a Wall Street event, but it was later found out that Kotb did not want to go there in the first place. “I almost didn’t go out the night I met him,” Kotb told in an interview in January 2015, after a magazine published photos of Kotb with Schiffman. “Cause you know how you don’t feel like it because it’s raining and icky and why not just watch a Law & Order rerun and stay home and eat potato chips – and I’m so glad I went out that night because it was a chance meeting that ended up being kind of a life transforming event for me.” It was a good thing that she changed her mind and met the man of her life there at the event.

Hoda was married before once for two years to a tennis coach Burzis Kanga. She has been dating Schiffman since 2013. Kotb has an adopted daughter, Haley Joy Kotb who was born in 2017 and both Kotb and Schiffman love to spend time with her. The white American has a perfect body and a perfect height. Kotb herself has a height of 1.75 m and they book look great standing together. Kotb left Schiffman out of the adoption application but considers him as her father. She left him because she felt that the adoption process would be easy with only one parent on the document.
Haley Joy was named by Kotb after the comet. “It was one of those things. I just picture her sailing through the sky,” she said to a news channel. Another reason for her name being ‘Haley’s is the alliteration she shares with her sister and niece, all of whose names begin with an “H.” Her middle name, ‘Joy’ expresses what Hoda and Schiffman feel for her. They make a perfect family. She still is not married to Schiffman and recently celebrated her 4 year anniversary with boyfriend, Schiffman. The couple might get married soon.

Hoda Kotb was once married in 2005 to a University tennis coach, Burzis Kanga. Their marriage lasted only for two years and they split in 2007. Hoda Kotb is a famous television host and news anchor from America. She shot to fame after being announced as the co-host of NBC’s Today Show. She also hosts Today Show’s ‘Fourth Hour’ on NBC with Kathie Lee Gifford. Kotb is also a recipient of the Daytime Emmy Award in 2010. She is a correspondent for Dateline NBC also. Kotb has been in a relationship with financier, Joel Schiffman since 2013. The two are not husband and wife yet.

1. Joel Schiffman has been dating Hoda Kotb since 2013 and they live together in her apartment in New York City.
2. Schiffman is Vice President & Director, Financial Institutions at Janus Capital Group.
3. They moved in together from October, 2016.
4. Schiffman has a daughter, Kyle Schiffman from a previous marriage.
5. Hoda Kotb was unable to conceive due to her cancer and hence she and Schiffman adopted a daughter, Haley Joy Kotb together.

We can’t wait for them to officially get married! Love is love, across all ages. 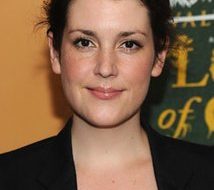 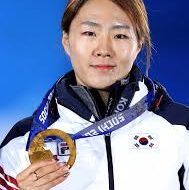 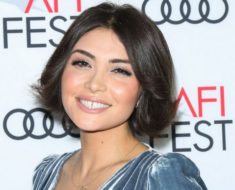 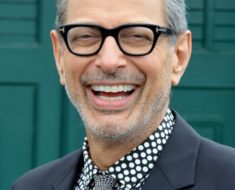 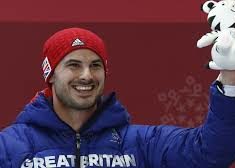