Joel Coen along with his brother Ethan Coen are a team of two comedic screenwriters. Here is all that you need to know about Frances McDormand’s husband Joel.

American actress Frances Louise McDormand was born on June 23, 1957. She is one of those few actresses in the industry to have managed to achieve the Triple Crown of Acting: An Academy Award for Best Picture – Fargo in 1996, a Tony Award for the Broadway play – Good People in 2011 and also an Emmy Award for the HBO miniseries – Olive Kitteridge in 2014. She met her husband filmmaker in 1984 and two have been married since then. Francis McDormand has starred in many films made by the Coen Brothers like ‘Blood Simple’ in 1984, ‘Raising Arizona’ in 1987, ‘Fargo’ in 1996, ‘The Man Who Wasn’t There’ in 2001, ‘Burn after Reading’ in re2008 and ‘Hail, Caeser!’ in 2016. McDormand has also been nominated three times for the Academy Award for Best Supporting Actress for her work in ‘Mississippi Burning’ in 1988, ‘Almost Famous’ in 2000 and ‘North Country’ in 2005. She also received worldwide acclaim for her movies like ‘Short Cuts’ in 1993, ‘Primal Fear’ in 1996, ‘Wonder Boys’ in 2000, ‘Something’s Gotta Give’ in 2003, ‘The Good Dinosaur’ in 2015 and ‘Three Billboards Outside Ebbing, Missouri’ in 2017. She made her Broadway debut with the 1984 revival of the Awake and Sing and also received a Tony Award nomination for her fabulous performance in the 1988 revival of A Streetcar Named Desire. She made a comeback into Broadway after 20 years with the 2008 revival of The Country Girl which got her a Drama Desk nomination for Oustanding Actress in a Play.

When asked about the secret to their happy marriage, Joel responded saying that there is no pressure in their marriage.

Directors Joel Coen and his brother Ethan Coen hit the screens with a very different and eccentric filmmaking style. They made their debut in 1984. Joel Coen, born on November 29, 1954 in Minneapolis, Minnesota shot to fame with the film, ‘Blood Simple’ which he made along with his brother Ethan Coel. Their filmmaking style came as a refreshing change in the industry. Their filmmaking style is ironic, eccentric, darkly comic and very violent. Their debut film received worldwide acclaim and put the brothers on the map as fresh and emerging talent. After graduating from New York University, both Joel and his brother Ethan began writing their screenplays. Both of them had an enthusiasm to direct movies since a very early age. Their 1987 film, ‘Raising Arizona’ was a lighthearted comedy movie which did very well at the box office. They went on to make several hits laters including ‘Miller’s Crossing’ in 1990, ‘Barton Fink’ in 1991 and ‘Hudsucker Proxy’ in 1994. What came next was the duo’s most successful film to date, ‘Fargo’. It was an extremely dark comedy which won them the Academy Award for Best Original Screenplay. Frances McDormand won the Oscar for the Best Actress for the same film. Their movie, ‘No Country for Old Men’ won the Academy Award for Best Picture in the year 2007. This movie also got them the Golden Globe Award for Best Screenplay. ‘Fargo’ had three Golden Globe nominations for Best Screenplay, Best Director and Best Motion Picture. Their recent, ‘Three Billboards Outside Ebbing, Missouri’, released in 2017 is a crime/drama film which also won them the Best Screenplay Award and critical acclaim worldwide.

Joel Coen and his brother Ethan Coen are a team of two comedic screenwriters who have a combined net worth of $120 million USD. Both Joel, born in 1954 and his brother, Ethan, born in 1957, grew up in St, Louis Park, Minnesota. They are renowned film directors, screenwriters, and producers. Together, their firm has produced big hits like ‘Raising Arizona’, ‘Fargo’, ‘The Big Lebowski’, ‘O Brother’, ‘Where Art Thou?’ and ‘No Country for Old Men’. Both of them attempted making movies as children. They were very enthusiastic about making movies and Joel Coen managed to purchase his first camera Vivitar Super 8 with the money he managed to accumulate by mowing lawns. They came up with their first venture, ‘Blood Simple’, which was written and directed by them together. The film received praise and even won awards at the Sundance and Independent Spirit Awards. They, however, shot to fame with their moving, ‘Raising Arizona’ which was a story of an unlikely married couple who are not able to conceive. Their films mostly have certain actors as their main cast including Joel’s wife Frances McDormand, John Polito, Steve Buscemi and John Turturro. They have been nominated for several Academy Awards and have even won many. As a team, they received twelve nominations, but their movie ‘Fargo’ got them individual nominations. Joel married Frances McDormand in 1984 and they adopted a son named Pedro. Ethan married film editor Tricia Cooke and they have a daughter Dusty and a son named Buster. 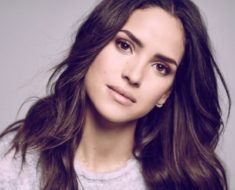 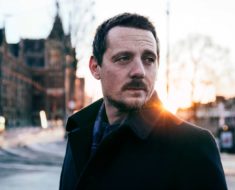 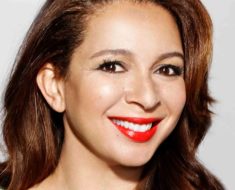