Home
Entertainment
Jeremy Renner Wiki: Everything To Know About ‘The Bourne Legacy’ Actor

Jeremy Renner is an American famous actor, singer, and film producer whose net worth has accumulated over the decades. Find out more facts about him.

Jeremy Renner Wiki: Everything to Know About ‘The Bourne Legacy’ Actor

Jeremy Renner is one of Hollywood’s most sought-after actors, a singer, and a film producer. Renner made his first film appearance in 1995 in National Lampoon’s Senior Trip. He further won a reoccurring role in the film Angel in 1999. Jeremy Renner achieved his breakthrough in his acting career in the movie Dahmer. Despite Jeremy Renner starting his acting career broke, he has managed to secure a $40 million net worth, which came from starring in big franchises such as The Avengers, Mission Impossible, The Bourne Legacy, Arrival, Avengers: Age Of Ultron, Captain America: Civil War, Arctic Justice: Thunder Squad and many more.

Jeremy Renner was born on January 7, 1971, in Modesto, California. His parents were Valerie Cearley and Lee Renner, who managed a bowling alley. Jeremy Renner is the oldest child of seven children. He graduated from Beyer High School and he later joined Modesto Junior College. During his college years, Jeremy Renner tried different departments of study such as Criminology, Computer Science, and Psychology. During his second year in Modesto College, Renner took part in a drama class. It was at this time that he developed a passion for acting. Jeremy Renner dropped out of Modesto College to pursue his acting career in San Francisco. While he was in San Francisco, he attended the American Conservatory Theater. Thereafter, he shifted to Hawaii and later to Los Angeles in 1993. While Renner was in Los Angeles, he devoted his time and took part in the film Search and Destroy, which he also co-directed. As he was pursuing his acting career in Los Angeles, he found a way to earn some income. He joined forces with his best friend Kristopher Winters and together they began renovating old houses into modern ones. With his unique way to maintain a roof over his head, he was able to earn enough money to increase his income.

Jeremy Renner had his major breakthrough in 2002. He took part in an independent drama Dahmer. In this drama, he starred as a serial killer that earned him an Independent Spirit Award Nomination for the Best Male Lead. After his big Award, Renner was fortunate to be assigned by an agent. After Renner’s breakthrough, he continued to take part in several projects such as dramas, independent movies, love comedy, to action movies such as S.W.A.T in 2003, North County Legacy in 2005, Neo Ned in 2005, and Love Comes to the Executioner in 2006. He further took part in the Hurt Locker, which earned him numerous nominations including Academy Award Nod. After his big success in Hurt Locker, Jeremy Renner starred in the action franchise The Avengers in 2012. In The Avengers film, he played the part of a comic book character Hawkeye, where he joins forces with the other heroes to fight against Loki and his aliens’ army from taking over the earth. The Avengers film was the highest paid film in 2012. It was the first Marvel movie to generate over 1 billion dollars in ticket sales. In the same year, 2012, Jeremy Renner tried to fill in the part of Matt Damon in The Bourne Legacy thriller. Matt Damon was the star in The Bourne Legacy series but he dropped from it. Therefore, Renner was to fill his shoes as the leading star in The Bourne Legacy sequel. Jeremy Renner continued to take part in crime drama American the Hustle in 2013. Subsequently, in the following year, he starred in Kill the Messenger. In 2015, Jeremy Renner took part in the Avengers: Age of Ultron as Hawkeye again. It is a sequel to the 2012’s The Avengers. In the Avengers: Age Of Ultron, the superheroes fight against the Ultron who are artificial intelligence group that tries to cause human extinction. Jeremy Renner will be cast in the third sequel of The Avengers: Infinity War that will premiere in May this year. In 2016, Jeremy Renner starred in the film Arrival. The Arrival was a science fiction movie that was based on Ted Chiang short story known as Story of Your Life. In the Arrival, Jeremy Renner took part as a physicist who was appointed by the government to study the aliens’ knowledge in math and science. In the same year, Renner took part in Captain America: Civil War. This film is the 13th film in Marvel Cinema Universe. It is also the third Captain America: Civil War film to be produced. Renner takes his role again as Hawkeye where he joins forces with the other superheroes in Captain America: Civil War. In 2018, Jeremy Renner took the leading role in a film called Arctic Justice: Thunder Squad. It premiered on January 26, 2018, in the United State of America. Renner stars as Swifty Voice, which is an arctic fox that dreams of becoming a star messenger. Arctic Justice: Thunder Squad is a 3D animated movie that is being produced by AMBI Entertainment. Aaron Woodley directed The Arctic Justice: Thunder Squad. It will be released later in the year. During the casting of the movie Tag, Renner injured himself while pulling a stunt. The Tag is a marvel superhero movie that will premiere this year in Atlanta. His left wrist and the right elbow were fractured at that time but this will not stop Renner from completing his work. The Tag is a true story of a group of friends that are to travel all over the world to participate in a game of tag. Unfortunately, the trip coincides with the wedding of the undefeated member of the tag team who is played by Jeremy Renner.

Facts to Know About the Actor Jeremy Renner

1. Jeremy Renner’s parents married when they were teenagers and they got divorced when he was ten years old. 2. Jeremy Renner has a German, English, Swedish, Irish, Scottish, and Panamanian ancestry. 3. Renner participated in a small role in one episode in the 2001 series CSI. 4. Jeremy Renner appeared in Pink’s music video in 2003 for her song “Trouble” as a bad boy sheriff. 5. Apart from studying acting, Jeremy Renner also studied Arnis and Muay Thai martial arts, which is Filipino martial art. He studied this to prepare for his role in the Mission Impossible, The Avengers, and the Avengers: Age of Ultron, Captain America: Civil War and the upcoming Avengers: Infinity War franchises. 6. Jeremy Renner is also a singer, guitarist, songwriter, keyboardist, and a drummer. 7. Renner runs a successful house renovation business with his best friend Kristopher Winters who is also an actor. 8. As Jeremy Renner was acting, he used to work as a makeup artist to make ends meet until his first breakthrough in the film Hurt Locker. 9. Jeremy Renner did all the stunts in The Avengers, Avengers: Age of Ultron, Bourne Supremacy, and the Mission Impossible. None of the stunts were faked. 10. After Jeremy Renner participated in the film Dahmer, he found it hard to date anyone. This was due to his role as a serial killer in the film. 11. Jeremy Renner loves singing. However, he does it as a way of expressing himself and not for fame. 12. Jeremy Renner once consumed a Viagra on a plane. Someone gave him a sleeping pill to help him sleep on the plane only to find out that it was a Viagra pill. Unfortunately, Renner was unable to sleep the whole flight. 13. Apart from learning martial arts and acting, Jeremy Renner studied criminology and computer science. 14. Jeremy Renner started acting while he was broke. He lived in old houses that he would renovate to be able to live in them. Fortunately, this became his side business.

The famous American actor, singer, and film producer has an estimated net worth of $40 million dollars. Renner has achieved his net worth from taking part in various roles in TV, films, and series. His unique side business of renovating old houses has also contributed to his net worth. The film The Avengers and its sequels have earned Jeremy Renner more than $ 9 million. In The Bourne Legacy, he earned $ 12 million and another $10 million for the Mission: Impossible film. All these films have tremendously increased his net worth over the decade. The 47-year-old famous actor Jeremy Renner is one of the most loved actors in America. He has taken part in mostly films that have been successful. Apart from Renner being an amazing actor and singer, he is also a successful businessman and an amazing father. His net worth will continue to increase as he continues to star in different genres of films and series. Jeremy Renner continues to amaze his fans with his gratitude and humility despite his success. 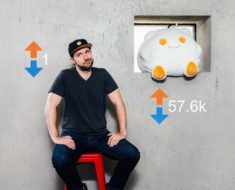 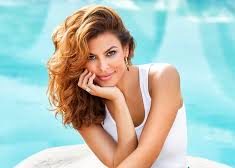 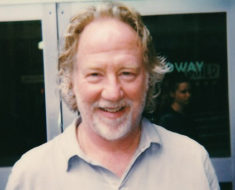