What is so intriguing about Paul Bettany?

Paul Bettany and Jennifer Connelly’s love life is no less than a Mills and Boon romance. They first locked eyes together while filming A Beautiful Mind and have been together since then. Bettany admits to being intimidated by the actress’s beauty initially and Connelly thought of him as a really good guy.

“I’ve never been this close to someone that beautiful before,” he gushed. “I remember thinking, ‘I bet every man you ever met has tried to flirt with you.”

Bettany was clearly awestruck by Connelly’s beauty the first time they met.

Their beautiful love life started soon after the wrapping up of the film and they tied the knot in 2003. They have two children named Stellan, 12 and Agnes Lark, 4. Jennifer Connelly has a son named Kai, 20, from a previous marriage. There is lots to this couple other than their famous relationship. The actor husband Paul Bettany has worked in four films together with wife Jennifer Connelly. They have been inseparable since the time they first met though they got into a relationship a little while later after knowing each other.

“He started playing guitar and it was all over,” she admitted.

Connelly reveals how she managed to fall in love with her husband.

Other than these famous facts about their marriage, children, and movies, there is a lot more to Paul Bettany. Read on further to know some interesting facts about him.

‘One couldn’t feel more safe as an actor than knowing that the director’s your husband,’ she says. ‘It’s like, oh, if I really make a fool of myself, I can just say, “Honey, can you please not put that in the movie?” That was a great perk.’

She enjoyed working in a film directed by her husband.

1. The net worth of Paul Bettany

Estimated to be worthy of $5.0 million, the 46-year-old actor had to struggle a bit before he could make it big in the industry. Born in London in the year 1971, he was a school drop out. He came from a theatre background and hence acting was running in his genes. He has rendered the voice of Jarvis in Iron Man and this had given him the first streak of fame in his life. He later played the role of Vision in Avengers: Age of Ultron and Captain America: Civil War. His wife’s work in the Hulk earned her much fame and recognition.

The actor has two children with wife Jennifer Connelly. Stellan is 11 years old and Agnes Lark is 4 years old. His wife also has a son named Kai who is 20 years old from a previous marriage. One being asked about what their kids feel about their famous parents, Connelly replied to a famous magazine saying that like all children they too are interested in their projects but it does cost them a normal fun life. For instance, they hardly get to see any of their parents’ movies like other normal people. They make it a point to come to the set of each film though. The couple feels that three children are the limit for their family.

3. His wife Jennifer Connelly is a part of the movie Spider-Man:Homecoming

They both have voiced a lot of artificial intelligence characters in various movies. Bettany has played the voice of Jarvis for Stark in The Iron Man and later on in Avengers. Similarly, she too plays the voice of Karen in the latest movie of the fast-talking web crawler. Jennifer is known for her roles in Hulk, A Beautiful Mind, Labrynth, Dark City, Hot Spot and many others.

4. Paul Bettany directed his wife in a movie

The movie ‘Shelter’ released in 2009 was directed by Paul and he casted his wife for a role in the movie. Connelly shares that she was given no special treatment in the movie even though they shared a bed together. She felt kind of strange going to work with the director every morning.

“an amazing experience to have had together.”

Connelly shares to the media about how it felt working with her husband.

“I had this fantasy that we’d talk about scenes all day,” Connelly confesses. “In reality, if the man sat down, there was a line of people wanting to talk to him.”

She added that she did not get all the time to talk to him and discuss scenes with him as there were so many people who wanted to discuss things with him.

5. What does Jennifer feel about husband Paul Bettany?

“I feel very creatively aligned with him,” Connelly – who stars in the film – said. “We are drawn to similar types of films and filmmaking.”

She feels working with a romantic partner can be tough at times, but they have managed to survive it all and it has only strengthened their bond. She was his childhood crush when he first saw her working in the film Labrinth. They became a couple much later after working in the film A Beautiful Mind as both were in different relationships at that time.

‘It sounds like I’m bragging terribly but he’s well rounded, and he’s interested in sciences, and he’s also a great writer and interested in history and he plays guitar,’ she says.

She is clearly besotted by her husband and being married for so many years, they have only grown as a couple.

Paul Bettany resides in New York, US but is a British National. Raised as a Roman Catholic initially, he later became an atheist. His kid brother died at the age of 8. His parents divorced when he was 17 years old. He has won London Film Critics’ Circle Award for Supporting Actor of the year for his work in the film ‘A Knight’s Tale’ in the year 2001. In the year 2004, he won the Jordan Award for Best Actor for the film Wimbledon.

About his role in A Beautiful Mind

A Beautiful Mind is a biopic about a troubled maths genius John Forbes Nash. Bettany plays the role of his college friend Charles Herman.

The couple has been blissfully married for 12 years and we only wish them years and years ahead of love, laughter and happiness. 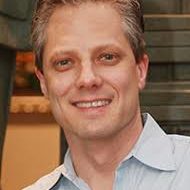 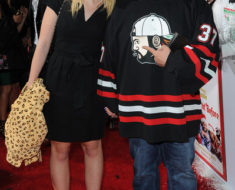 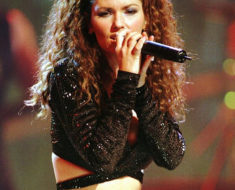