Football player Hank Baskett has split from his wife Kendra Wilkinson. Read on further to know everything about her ex husband.

Who is Hank Baskett?

Henry Randall Baskett III was born on September 4th, 1982. He is a former American football wide receiver who played in the National Football League (NFL) for the Minnesota Vikings, Philadelphia Eagles and Indianapolis Colts. Hailing from Clovis, New Mexico, Baskett has played college football for the University of New Mexico. While in college, Baskett played football as the leading wide receiver. In 2006, Baskett signed a contract with the Minnesota Vikings as a rookie undrafted free agent and was later traded that season to the Philadelphia Eagles. Baskett finished his rookie season with the Eagles after 22 receptions for an average of 20.1 yards per catch and also two touchdowns. In 2009, Baskett joined the Indianapolis Colts. He returned to the Philadelphia Eagles in 2010, but was released later and signed with the Vikings. Baskett got married Playboy model Kendra Wilkinson in 2009. Wilkinson and Baskett were co-stars on Kendra which is a reality TV series documenting Wilkinson’s life from 2009 to 2011. They have co-starred on another show, ‘Kendra on Top’, since June 2012. ‘Kendra on Top’ continues today on WE TV. Baskett was born to parents Henry Randall “Hank” Baskett, Jr., who initially worked for the Air Force before he became the director of a social service program, and Judy Baskett, who is a financial officer at the Cannon Air Force Base in Clovis. Hank Baskett attended Clovis High School. When Baskett was studying at the University of New Mexico, he played as its football team’s leading football wide receiver in 2004 and 2005. This feat earned him the Reese Leroy Hill Memorial Award as the team’s Offensive Player of the Year during those years.

His professional career can be divided into his tie up with the different teams: * First stint with Vikings: Baskett initially signed with the Minnesota Vikings as a rookie undrafted free agent in 2006 but was later traded to the Philadelphia Eagles in exchange for wide receiver Billy McMullen. * First stint with Eagles: Baskett performed exceedingly well for this team. For his performance, Baskett was awarded rookie of the week honors. He finished his rookie season with 22 receptions for 464 yards and also two touchdowns. He was termed as the 2007 special teams Most Valuable Player. In 2008, he began another six games, where he played well too. * Indianapolis Colts: On September 17, 2009, Baskett signed a one-year long contract with the Indianapolis Colts after their player, Anthony Gonzalez, suffered a knee injury. On February 7, 2010, during Super Bowl XLIV versus the New Orleans Saints, Baskett failed perform well at the start of the second half, which led to a Saints touchdown. New Orleans won the game 31-17. As a result, the next day, Baskett was released by the Colts. * Second stint with Eagles: In March of 2010, Baskett again signed a one-year contract with the Philadelphia Eagles but he was released on September 21, 2010. * Second stint with Vikings: On September 22, 2010, Baskett re-signed a contract with the Minnesota Vikings. He played for eight games with them that same year, mostly on special teams, with one reception. On March 3, 2011, Baskett was not extended a tender by the Vikings, making him an unrestricted free agent, but effectively ending his NFL career.

Baskett had a brief career on Reality TV. He co-starred in a spinoff of ‘The Girls Next Door’, titled Kendra, along with his then wife, Kendra, which focuses on his wife Kendra Wilkinson’s life after leaving the Playboy Mansion. The show which first premiered on June 7, 2009, had a huge viewership and amazing reception from the audience making it the highest-rated reality debut for the network. E! subsequently ordered eight episodes. Season 2 was aired from March 14 until June 8, 2010. The show was renewed again after that, and the third season began in November 2010. The fourth season of the show premiered on September 2011. The show, after its fourth season, ended its run on E! and has now become ‘Kendra on Top’ which began airing on WE tv since June, 2012. Season 2 was aired from September to November 2013 and season 3 ran from October to November 2014. The show continues to air even today. ‘Kendra on Top: Extras’ was first aired in 2017. ‘Kendra on Top: Extras’ gives a sneak peak of the season 6 which was first aired on June, 2017. Hank Baskett has produced a few films too including, ‘The Hungover Games’, ‘American Christmas Carol’ and ‘Supermoms’. ‘The Hungover Games’ is a 2014 parody film, directed by Josh Stolberg. The film’s title and central plot revolve around The Hangover and The Hunger Games, as well as parodying Ted, Pirates of the Caribbean, Avatar, Charlie and the Chocolate Factory and a few such others.

Baskett met Kendra Wilkinson at the Playboy Mansion. He proposed to his girlfriend, Playboy model Kendra Wilkinson, on top of the Space Needle after six months of dating. They later married on June 27, 2009, at the Playboy Mansion. The couple has a son together, Henry Randall “Hank” Baskett IV and they used to live in Los Angeles. In October 2013, the couple announced the arrival of their second child, a baby girl, Alijah Mary Baskett born in May, 2016. The couple seemed very happy together, featuring on reality TV shows and posting a lot of their happy moments on social media. On April 3, 2018, much to the shock and dismay of her fans, Kendra announced on the Instagram social media account that her marriage to Baskett is officially over. The reason for the split was Hank caught cheating on Kendra.

Hank Baskett has a net worth of $3.5 million. 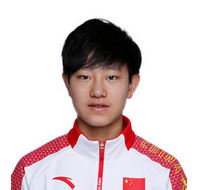 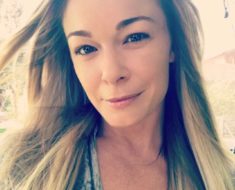 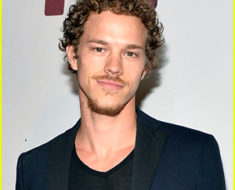