George Michael was a singer, songwriter, and producer and he died in 2016. Here is some information about the late singer and his net worth.

If you were born before the early ‘80s, you must have grown up listening to George Michael. He was releasing hit after hit, enjoying massive airplay all over the world. Those were the days love songs were beautifully crafted and Michael was just one of the best craftsmen of that time. In the ‘80s and ‘90s, almost every club in the world was playing George Michael’s jams. George Michael’s real name was Georgios Kyriacos Panayiotou. He was born in June 1963. Michael was an English singer, record producer, songwriter, and philanthropist. He rose to fame after joining a music group called Wham! Michael’s father owned a restaurant while his mother was a dancer. According to Michael, his grandmother, the mother of his mother, was a Jew, but she got married to a non-Jewish man and brought up her children as English because she was afraid that her family would be profiled during World War II. The late singer, Michael, spent most of his childhood in London where his parents owned a home and studied at Kingsbury High School. He grew up with his older sisters Melanie and Yioda. The family has a mixture of Greek, English, and Jewish roots. Michael then moved to Radlett with his family where he attended Bushey Meads School.

Michael Started Performing on the Underground

Michael started his musical career by busking on the London Underground and performing some songs like “39.” From there, Michael began working as a DJ in schools around Bushey and even clubs. Michael then moved to Stanmore and Watford and later formed a group called Executive with Ridgeley, Andrew Leaver, David Mortimer, and Ridgeley’s brother, Paul. The first song that won Michael some instant fame was “Careless Whisper.” Sometimes the song is credited to Wham! Group, which would break up later. “Careless Whisper” was Michael’s first solo single, even though he was still attached to Wham! The song is on the Wham!’s album. However, it grew his net worth.

After rising to fame from being a band singer, George Michael released his debut studio album titled “Faith” in 1987. The album was worked on by Columbia Records. Michael bagged many awards for the album, one of them being Grammy Award for Album of the Year. “Faith” sold over 20 million copies all over the world and grew the singer’s net worth by a large margin. Some of the hit songs on the album are “Father Figure,” “I Want Your Sex,” “Faith,” and “One More Try.” The songs dominated the charts between 1987 and 1988. Michael was also the first Caucasian singer to top the Top R&B/Hip-Hop Albums chart which was usually dominated by Black American singers. Rolling Stone ranked Michael’s album number 480 out of 500 Greatest Albums of All Time in 2003. One of “Faith’s” album songs is “Faith.” The song was written by George Michael single-handedly and then performed. “Faith” held the top spot on the Billboard Hot 100 chart consecutively for four weeks. Billboard also listed the song as the number one single on the whole 1988 in the US. Another song on the album is “Father Figure.” The song was also written by Michael himself and was the fourth single of the album. “Father Figure” was first played before New Year’s Eve of 1988. Just like Faith, the song conquered the charts and topped Billboard Hot 100 as well as becoming number 11 on UK Singles Chart.

His Third Album after a Long Silence

Another album that George Michael released was titled “Older.” It was his third studio album and as usual, the album was a hit. The album was crafted by Virgin Records and premiered in May 1996. In America, the album was released by DreamWorks Records. Michael had not released an album for five and a half years since releasing “Listen Without Prejudice Vol. 1.” The reason Michael took so long to record the album was that he was in a legal battle with his former record label. Michael had also decided to take time to explore new musical territories before recording “Older.” In the UK, the album produced six top three songs. The album was received in America warmly.

George Michael also released a live album in 2014 called “Symphonica.” The singer’s album is the only live one he ever made in his lifetime. “Symphonica” was worked on by Virgin EMI Records. During his Symphonica Tour from 2011 to 2012, Michael’s vocals were recorded at Royal Albert Hall. After his vocals were done, Michaels songs were taken to the studio where some touches were done on them including some string arrangements. Most of the songs in Michael’s album are live performances he did while on tour. Michael composed six of the songs while the rest are covers. The album didn’t do so well like his other ones and made a little impact on his net worth.

George Michael passed on peacefully at his home on Christmas Day. His lifeless body was found by Fadi Fawaz, his Australian boyfriend. According to the senior coroner of Oxfordshire, Michael’s death was by natural causes. His death shocked his fans and family.

The Late Singer’s Net Worth

It’s estimated that Michael had a net worth of $200 million. After his demise, it wasn’t clear who would take over the net worth since he didn’t have kids of his own. Part of the money in his net worth had been used for relief aid in Ethiopia.

Death is cruel and it takes the best. George Michael was one of the world’s best singers and songwriters. May he rest in internal peace. 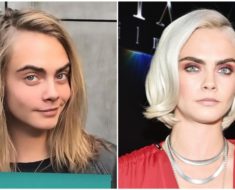