Ethan Hawke is an American actor, who has been part of films like ‘Dead Poets Society’ and ‘Before Sunrise’. Read everything about Uma Thurman’s ex husband.

Who is Ethan Hawke?

Ethan Green Hawke was born in 1970. He is a renowned American actor, director and writer. Hawke has received four Oscar Award nominations and a Tony Award so far. Ethan Hawke has directed three films, three off-Broadway plays and a documentary. He has also penned three novels, including ‘The Hottest State’, ‘Ash Wednesday’ and ‘Rules for a Knight’. ‘The Hottest State’ was released in 1996 and was his first novel. Hawke made his film debut as an actor with the science fiction film, ‘Explorers’ in 1985. He then got recognition with his breakthrough appearance in the 1989 drama, ‘Dead Poets Society’. After that, he appeared in many films but did not receive much credit. He was critically praised for his work in the 1994 Generation X drama Reality Bites. In 1995, Ethan Hawke appeared in the romantic drama, ‘Before Sunrise’ and later in its sequels including, ‘Before Sunset’ in 2004 and ‘Before Midnight’ in 2013. He was critically praised for his work in all three. In 2016, Hawk appeared in the crime action film, ‘The Magnificent Seven’. ‘The Magnificent Seven’ was the remake of a 1960 film of the same name. Ethan Hawke has received many accolades for his work in the industry. He was nominated twice for both the Academy Award for Best Adapted Screenplay and the Academy Award for Best Supporting Actor. He has also co-authored ‘Before Sunset’ and ‘Before Midnight’ which was highly recognized. Hawke’s performance in ‘Training Day’ in 2001 and ‘Boyhood’ in 2014 was also critically acclaimed. Ethan Hawke was honored with an SAG Award nomination for ‘Training Day’ and ‘Boyhood’ and also got a BAFTA and a Golden Globe nomination for ‘Boyhood’. Hawke has also appeared in the science fiction film, ‘Gattaca’ in 1997, in the contemporary adaption of Hamlet in 2000, in ‘Assault on Precinct 13’ in 2005, in the crime drama ‘Before the Devil Knows You’re Dead’ in 2007 and in the horror film, ‘Sinister’ in 2012. Apart from his film work, Hawke also is frequently seen in many theater productions. He made his Broadway debut in 1992 with ‘The Seagull’ which got him Tony Award nomination for Best Featured Actor in a Play in 2007. In 2010, Hawke directed the film, ‘A Lie of the Mind’, for which he received a Drama Desk Award nomination for Outstanding Director of a Play. Ethan Hawke resides in Boerum Hill which is a Brooklyn neighborhood in New York City. Hawke owns a small island in Nova Scotia, Canada. He happens to be the great-grandnephew of Tennessee Williams from his paternal side and his maternal grandfather, Howard Lemuel Green had served five terms in the Texas Legislature and was a minor-league baseball commissioner. Ethan Hawke married actress Uma Thurman in 1998 who he met on the sets of ‘Gattaca’ in 1996. They have two children together, daughter Maya and son Levon. They separated in 2003 owing to Uma Thurman’s allegations of Hawke’s infidelity. They filed for a divorce the next year which was finalized in 2005. Ethan Hawke married for the second time in 2008 to Ryan Shawhughes who had worked as a nanny to his and Thurman’s children for a short period. Ryan Shawhughes later graduated from Columbia University. Hawke has two daughters with his wife Ryan Shawhughes, Clementine Jane and Indiana. Dismissing speculation about their relationship, Hawke said, “… my [first] marriage disintegrated due to many pressures, none of which were remotely connected to Ryan.”

The net worth of Uma Thurman’s ex husband

Uma Thurman’s ex husband, Ethan Hawke has a net worth of $55 million.

There are some interesting facts about Ethan Hawke which are worth reading: * Ethan Hawke debuted as an actor when he was just 12 years old in Princeton, New Jersey’s McKarter Theater. * He completed his education from the West Windson-Plainsboro High School in New Jersey. But surprisingly, his picture does not appear in the 1984-86 year book of the school. * He dropped out of the Cargenie-Mellon University, School of Drama located in Pittsburgh, PA, after 5 months of joining. * Ethan Hawke had taken a two-year sabbatical from acting twice while he was just in his 20’s. First, when he studied English at NYU and the second time when he was writing a novel. * Ethan Hawke is a Star Wars movies fan and has confessed that he can watch them over and over again without getting tired. * His first novel, ‘The Hottest State’ was sold by him to Little, Brown and Company for an amount of $400,000. * He turned down the lead role offer as an FBI agent in 2002 movie, ‘Red Dragon’ as he wanted to dedicate more time to directing movies. * Before acting in the movie version of ‘Hamelet’, Hawke attended three sessions every week in acting classes conducted by his friend who had done a similar role on stage. * Hawke was the co-founder of a theater company, ‘Malaparte’ along with Steve Zahn, Robert Sean and Frank Whaleyand, but the company is now defunct. * He looks so similar to Mark McGrath from the ‘Sugar Ray’ band that many times, he ends up signing autographs as McGrath. The exact opposite happens quite often to Mark McGrath who ends up signing autographs as Ethan Hawke. 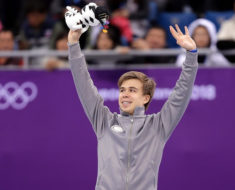 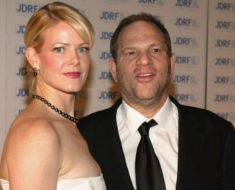