Get to know more about Dylan O’Brien, who is a Teen Wolf actor. Below are facts about him that you ought to know, including his net worth.

You have probably been following “The Maze Runner” trilogy from when it premiered in 2014 to the one released this year. Stiles is one of the characters you can’t get bored watching. The character is depicted by Dylan O’Brien. O’Brien has also starred in the MTV TV series, “Teen Wolf.” The actor has also appeared on “American Assassin”, “The First Time”, and “Spiderman.” O’Brien is admired not for his acting skills alone, but also for his looks. The handsome actor has stolen the hearts of many girls around the world and his accident when shooting the “The Maze Runner” made him more famous. So who is Dylan O’Brien? 27-year-old Dylan O’Brien was born in New York City and his mother, Lisa was an actress and managed an acting school, and Patrick O’Brien, a camera operator. O’Brien didn’t spend all his life in New York City. After he was born, O’Brien moved with his family to Springfield Township, New Jersey where he grew up and when he reached twelve, O’Brien and his family moved to Hermosa Beach, California. O’Brien’s father is Irish while his mother has a mixture of Italian, Spanish and English roots. He graduated from Mira Costa High School in 2009, and he considered studying sports broadcasting and hoped he could work for the New York Mets. When O’Brien turned 14, O’Brien created a YouTube channel and started posting original videos. With the videos developing, a producer and director approached O’Brien and asked him if he could work for a web series while still in his senior year on high school. He accepted! While working on that web series, O’Brien met an actor who then connected him to a manager. Before he had decided to pursue sports broadcasting major at Syracuse University, but he instead chose to follow his latest dream and pursued an acting career. He has made a decent net worth as an actor.

Facts about the actor, Dylan O’Brien

Dylan O’Brien had no friends for three years

According to Dylan O’Brien, when his family moved with him to California, he didn’t find any real friends for the first three years he was there. He said that it was hard to imagine himself, an outgoing person that he was, he couldn’t meet interesting people and build friendships. However, O’Brien understood why it was that way because he was from New York and Los Angeles. O’Brien stated that the two cities were like oil and water and it took some time for him to adjust to California. The only friends he had were from the show.

Judging by the performance he has shown from his previous movies and TV shows, it’s evident that Dylan O’Brien is super talented. The actor has made his fans laugh and cry at the same time in every “Teen Wolf” episode. How many actors do you know that can make you laugh loud until you kick your feet and the next minute you are slowly wiping tears from your eyes? Not many. O’Brien can assume any role and turn any scene proving that he was born to do this. He is also a great dancer with some amazing dance moves. O’Brien’s talent has helped him go through auditions and acting on “The Maze Runner”, “American Assassin”, “The First Time”, “Spiderman” and made him a Twitter idol.

Dylan O’Brien has had celebrity crushes

O’Brien has watched every episode of “Friends” at least over ten times, and you shouldn’t be surprised to find out that the actor had a crush on Jennifer Aniston who stars on the show. Seeing Aniston for over two times a day made O’Brien notice how much she was beautiful. But she wasn’t her crush alone. Dylan O’Brien also loves Selena Gomez and he has mentioned that in many interviews. Selene even posted on Twitter that she spent a whole day watching “Teen Wolf” on her tour bus and admitted that she was a huge fan. Selena and O’Brien met in 2011 Teen Choice Awards and everyone freaked out.

Acting is in Dylan O’Brien’s blood

There are some actors who are quite popular, but before becoming famous, their way to Hollywood was a long journey through broken dreams, hope, and sometimes heartbreaks. Some of them went through that because they hadn’t become so good. Dylan O’Brien is one of those successful actors who has trained the art from an early age and had the skills in their veins. His mother, as mentioned above, used to act and she also owns an acting school. O’Brien’s father was a cameraman. That type of background helped in shaping O’Brien’s talent before he arrived on his first set.

Dylan O’Brien is active on Twitter, and his fans love to read his tweets. He also tries to read all the tweets and messages from his fans though not frequently. However, when he tweets his posts are usually funny and cute, and he knows how to play with hashtags making them long and much greater.

According to Celebrity Net Worth, Dylan O’Brien has a net worth of $5 million. He has made all his net worth from acting and also from his YouTube channel.

There is nothing so beautiful like a good looking guy having an amazing talent, and Dylan O’Brien has both looks and talent. Women can’t resist him and would rather sit behind the screen and watch him doing what he knows best. 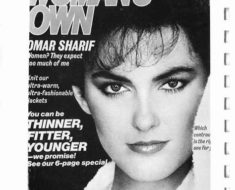 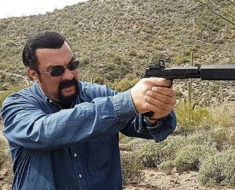 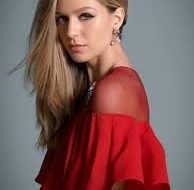 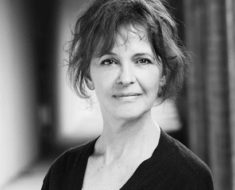