A great English actor with an adorable English accent, Colin Firth, is about to hit the top of net worth list with his latest movie hits!

The United States has it’s version of the “Brat Pack,” while Britain has it’s own as well! Actor Colin Firth is one of the members of Britains’ “Brat Pack,” an actor of this generation who recently reached stardom in Hollywood. His talent was noticed when he made a final play at the Drama Center in London. Interestingly, in his first role, Firth interpreted the leading character of the gay boy in the theater play “Another Country,” while in the movie adaptation, he performed the role of the best mate of the main protagonist. Nevertheless, the official debut of Colin Firth will be remembered by his rold the TV series “Pride And Prejudice,” based on the book written by Jane Austin. His role of Mr. Darcy was an inspiration for the movie “Bridget Jones,” where Firth interpreted the great love of cute Bridget, Mark Darcy (coincidence?).

Firth’s captivating acting in “Pride And Prejudice” brought him a deserved role on the big screen when his talent was finally recognized though he was often typecast Colin Firth was seducer in numerous romantic comedies. Firth proved this fact with an exceptional role in the comedy “Love Actually.” He worked with other great names in the business such as: Hugh Grant, Liam Neeson, Emma Thompson, and many others. “Love Actually” was a hit movie in 2003. Britain loved the movie while US critics didn’t quite share the excitement. In 2009, Colin Firth, along with several other colleagues, had the chance to repeat their roles in a short-acting TV movie based on the movie “Love Actually.”

A Movie ‘The King’s Speech’ was his Greatest Success

Talking about any famous actor, we have to mention a movie that left the biggest mark on his career. As far as Firth is concerned, it was definitely his appearance as young King George VI in ‘The King’s Speech.’ This is certainly Firth’s most acclaimed role of his career to this date. A fantastic performance in the historical drama about friendship and leadership brought Colin Firth an Oscar, a BAFTA Award, and a Golden Globe. It’s interesting that just a year before, he was very close to achieving similar success for the movie ‘A Single Man,’ for which Firth won the Academy Award nomination while winning the BAFTA Awards and the Venice Film Festival Award for Best Actor.

Prior to ‘A Single Man’ and his role in ‘The King’s Speech,’ Firth’s net worth was estimated at $14 million. Only a year after these achievements, the net worth of this actor almost doubled, amounting to about $25 million. Firth recently received a star on Hollywoods’ Walk Of Fame and he was also selected as one of the top 100 people with the most influence in the world of show business. According to his latest achievements, there’s no doubt that Firth’s net worth will continue to grow in the future. Speaking of achievements, we also want to mention that People Magazine chose Colin Firth among the 50 Most Beautiful People in the world and we couldn’t agree more! 🙂

In “Kingsman: The Secret Service,” Firth was a Charming Spy

In Whatever role he plays, Firth just cannot escape the role of seductive character. In the film “Kingsman: The Secret Service,” he played a spy, and critics claimed he irresistibly charming, as one of the main “culprits” in the film. The movie was cast with an excellent team of actors while the film itself was characterized as very funny; it received very good reviews. Last year, Firth repeated his role in the sequel to ‘Kingsman: The Secret Service’ with the release of “Kingsman: The Golden Circle.’ ‘Kingsman: The Golden Circle’ was labeled a decent follow-up to of the original movie receiving rave reviews from critics once again.

Although he is known as a typical English “Don Juan” on the big screen, his private life is nothing like the role he often plays in the movies. For 20 years he’s been loyal to one woman, the Italian director Livia Giuggioli, with whom he has two sons. That’s why Firth has Italian citizenship and even why he continues to speak Italian, even to this day. Before his marriage, Firth was in a long-term relationship with colleague Meg Tilly, and together the two have a son. Firth and Tilly have remained on good terms, and on several occasions, he said he loved her children as his own.

Firth made Known his Public Support for Woody Allen’s Victims

Colin Firth made a statement in the middle of the stories that shook Hollywood a few months ago, regarding sexual harassment by certain celebrities. Although he collaborated with Woody Allen on ‘Magic In The Moonlight,’ Firth offered support to all victims, actresses and unknown women who publicly accused the producer of sexual abuse and harassment. Firth became another actor that gave a public statement announcing that he won’t work with Woody Allen anymore. Before Firth went public with his declaration, other actors said the same thing. Natalie Portman, Mira Sorvino, and many other actors who worked with Allen said they would do so, no more. Firth made a similar case concerning Director Harvey Weinstein, whose company produced Firth’s “The King’s Speech.” 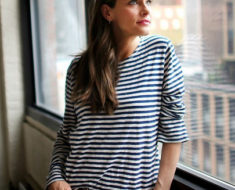 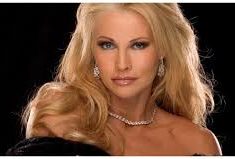 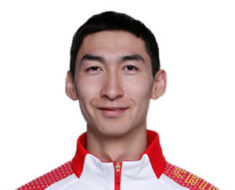