Luger Chris Mazdzer won a silver medal at the 2018 Olympic Winter Games.
Here are some facts about the champion luger, including his love life and net worth.

Chris Mazdzer: Born and Raised in the USA

Chris Mazdzer was born Christopher Mazdzer on Sunday, June 26, 1988, in Pittsfield, Massachusetts to parents Edward Mazdzer, an accomplished neurologist who has his own practice in their hometown of Saranac, New York, and Marty Lawthers, who works as the office manager in Mr. Mazdzers’ practice. Chris may have been born in Massachusetts, but he grew up in Saranac, New York, a town located south of Montreal and north of Lake Placid in Clinton County and is surrounded by wilderness. Chris has two sisters. One is Kate Mazdzer, who graduated from St. Lawrence University and loves the outdoors and traveling. His other sister, Sara Mazdzer, got her bachelors degree in sculpture from Pratt Institute in New York. She works as an artist. Chris’s family has always been supportive of one another, and they are a very close-knit family.

MAZDZER HAS ALWAYS LOVES SPORTS AND THE GREAT OUTDOORS

Growing up in the northeast hemisphere of the United States it is no surprise that Chris has a fondness for winter sports. In the winter he would go sledding and his dad make a sled race track in the front yard which Chris absolutely love and if Chris really wanted to sled fast he would go to the neighboring apple orchard that had a really big hill. The first time Chris saw a Luge competition was in 1998 while he was watching the Nagano games on television. At very young age Chris developed a love for sports and being in the great outdoors. Chris would go to open sliding track events at the U.S. Olympic Training Center in Lake Placid when the events were open to the public and he was interested in bobsledding however he decided to take up Luge instead because the sign up line was much shorter then the bobsled line and he could get more practice. Chris’s love for the outdoors most likely came from growing up in a town surrounded by nature and in fact by the age of ten Chris climbed 46 peeks of the Adirondack Mountains in New York which is a huge accomplishment for someone so young in age. Chris went to high school at the National Sports Academy in Lake Placid, New York where he played soccer and lacrosse then after graduating high school he enrolled at DeVry University in Illinois where he got a bachelors degree in business administration focusing on finance. Chris is a natural outdoors man, just one look at his Instagram and it is clear that this champion Luger has a love for the outdoor. Besides his love for luge in his free time he goes mountain biking, rock climbing, hiking, skiing, camping, canyoning and plays volleyball, football. Chris loves to travel and it seems like no matter where Chris travels to he takes some time to explore the wilderness around him and two of his favorite places are Utah in the United States and abroad he loves to go to Vietnam.

CHRIS MAZDZER AS A YOUNG LUGER

CHRIS WINS THE SILVER MEDAL AT THE 2018 OLYMPIC WINTER GAMES

Although Chris only placed 13th at both the 2010 Winter Olympics and the 2014 Winter Olympics on top of not having a great 2017-2018 season; Chris didn’t let that effect his attitude going into the 2018 Olympic Winter games. As always Chris put his heart and soul into his runs and was able to capture an Olympic silver medal. Chris’s Olympic silver medal win made U.S. history being the first person to win an Olympic medal in the men’s Luge singles race increasing his net worth and popularity. Chris became on over night internet sensation and heart throb to thousands of people. He also brought attention to the fastest Olympic ice sport that a lot of people never heard of despite it being around since the 1870s and being added to the Olympic winter games in 1964.

Sorry ladies Chris is taken, he is dating the stunningly beautiful Romanian born event planner Mara Marian and she is very proud and supportive of her handsome Olympic champion. Mara owns her business Fuse Wedding and Events and by taking just one look at Mara’s Instagram page and it is clear their relationship is stronger then ever and are very happy together. Besides his fondness for his beau Mara, Chris has a second love of his life his absolutely adorable golden retriever Obi-Wan. Chris is a self proclaimed goof ball and looking at his Instagram this also proves to be true. He also has a habit of collecting hotel key cards as souvenirs from every hotel he stays at and he has collected almost 200 cards. Chris is also helping the next Olympian generation achieve their goals. Chris is involved with a non-profit organization Classroom Champions where Olympic and Paralympic athletes mentor underprivileged children and help get the children the proper equipment to succeed. Chris is only not only the internet’s new handsome heart throb he is just a sweet down to earth guy who wants to help others succeed in their dreams to.

CHRIS AND HIS PUP OBI-WAN

Chris has learned a lot about the financial struggles fellow Olympians face. Most people assume Olympians make a lot of money and some do but in reality a large majority do not and most have part-time jobs and barely get by. There is no information out there about how much Chris’s net worth is however one can assume he has made enough to live comfortably. Chris is now studying to become a financial planner and is planning on starting his own business to combined life coaching and financial planning in the hopes of helping other people manage their money and life. Chris also serves on the International Luge Federation board and advocates for all Luge racers not just in America but for all Luge racers around the globe helping to change policy to improve the sport for all people who get into the sport. Don’t worry we will still be seeing a lot of Chris, he isn’t giving up his Luger career just yet and he has his sights set on competing in the 2022 Winter Olympics in Beijing!

CHRIS AT THE ANNUAL LUGE CONGRESS IN ROMANIA 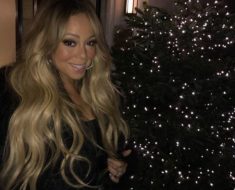 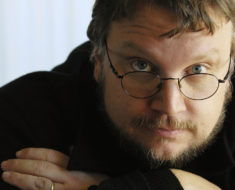 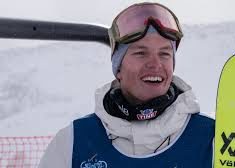