Before becoming known as Michael Douglas’ wife, Catherine Zeta-Jones captured the hearts of many as Elena Montero in “The Mask of Zorro.” Read on to know more.

All about Catherine Zeta-Jones

Welsh actress and Hollywood darling Catherine Zeta-Jones was born on September 25, 1969. She was born in Swansea, Wales and was raised in the district of Mumbles. Zeta-Jones was named after her 2 grandmothers. Zeta-Jones came from a working-class family. Her father, David Jones, worked as a factory owner. Her mother, Patricia Jones, worked as a seamstress. Zeta-Jones has 2 siblings: an older brother named David and a younger brother called Lyndon. She attended a private school in Swansea, Dumbarton House School. Zeta-Jones dropped out from school when she was 15 years old to pursue a career as a performer.

Catherine Zeta-Jones attended dance school which she thoroughly enjoyed. As a member of a dance troupe, she was able to join numerous trips to London. Zeta-Jones took that opportunity to attend auditions for theater productions. She was eventually able to land a role in West End productions like Annie and Bugsy Malone. After dropping out from school, Zeta-Jones became a part of another West End production, 42nd Street.

One of Hollywood’s most beautiful faces

After appearing in plays like Annie and Bugsy Malone, Catherine Zeta-Jones went on to become a film actress. She made her debut as Scheherazade in the French-Italian movie 1001 Nights, which turned out to be unsuccessful. Zeta-Jones gained better recognition when she starred in the British TV show The Darling Buds of May. She went on to appear in several other shows and movies in Britain.

Breaking through in Hollywood

Wanting to portray roles with more substance, Zeta-Jones moved to Los Angeles in the mid-90s. She played the role of Sala in 1996 superhero movie The Phantom. Zeta-Jones received positive reviews for her performance. However, the movie did not do well financially. In the same year, Zeta-Jones landed a role in the TV series Titanic. This project turned out to be the thing that would lead her to a breakthrough role. Zeta-Jones’ performance in the TV show Titanic caught the attention of director Steven Spielberg. Eventually, the Welsh actress landed the role of Elena Montero in the box-office hit The Mask of Zorro. The movie received positive reviews and earned a hefty $250 million.

After her breakthrough role as Elena Montero, Zeta-Jones appeared in more movies as a main character. She starred alongside Sean Connery in Entrapment, a 1999 heist movie. In Entrapment, Zeta-Jones played the role of investigator Virginia “Gin” Baker. The actress also appeared in comedy-drama movies. In 2000, Zeta-Jones played the love interest of John Cusack in the movie High Fidelity. In the following year, she starred in the comedy movie America’s Sweethearts alongside Julia Roberts. In 2002, Zeta-Jones gained recognition in the award-winning movie Chicago. She played the role of showgirl Velma Kelly and gained an Academy Award for Best Supporting Actress. Chicago also stars Renée Zellweger and Richard Gere. Zeta-Jones appeared alongside George Clooney in a dark comedy movie entitled Intolerable Cruelty. She portrayed the character of Marylin Hamilton Rexroth Doyle Massey. Intolerable Cruelty was released in 2003. In 2004, Zeta-Jones starred in Ocean’s Twelve as Isabel Lahiri. This movie features an all-star cast including George Clooney, Brad Pitt, Matt Damon, and Julia Roberts. Ocean’s Twelve is one of the top-grossing films of that year.

This 2018, Zeta-Jones stars in the TV movie Cocaine Godmother. She plays the role of Griselda Blanco, a Colombian drug trafficker. With her beauty and talent, Zeta-Jones continues to be one of Hollywood’s most beloved stars.

Becoming the wife of Michael Douglas

A lot of Hollywood couples started out as costars, but it’s different for Catherine Zeta-Jones and Michael Douglas. They met at a film festival in the late ’90s. Douglas proposed to her on December 31, 1999. However, they needed to wait until Douglas’ divorce was finalized. Zeta-Jones and Douglas were finally married in Manhattan on November 18, 2000. The highly-publicized wedding took place at the Plaza Hotel and cost £1.5 million. Zeta-Jones is the second and present wife of Douglas. They live in upstate New York where they own a property.

Want to know more? Here are some interesting facts about the iconic actress, Catherine Zeta-Jones.

As a young child, Catherine Zeta-Jones attended the Hazel Johnson School of Dance. But here’s what’s interesting. Did you know that her parents paid for the fees with money they won from a bingo game? That’s right. Zeta-Jones was born to working-class parents, but their situation improved when they won £100,000 by playing bingo. It was indeed a lucky surprise for them!

She was not impressed by Michael Douglas

Catherine Zeta-Jones first crossed paths with American actor Michael Douglas at the Deauville American Film Festival. Douglas, charmed by the Welsh actress, found a way to get introduced to Zeta-Jones. Douglas used the pick-up line: “I’m going to be the father of your children.” But Zeta-Jones was not impressed by the actor’s pick-up line. The actress responded by saying, “I’ve heard a lot about you and I’ve seen a lot about you, and I think it’s time that I said goodnight.” But that was not the end for Douglas and Zeta-Jones. The pair eventually started dating and got married in 2000. Looks like the actor’s pick-up line became reality!

She’s impressive as an actress, but not as a cook

Catherine Zeta-Jones does not know how to cook, and she’s not ashamed to admit it. She prefers to dine outside instead of cooking at home. The actress also shared that she does not prepare meals but she just reheats them for her children.

Want to know her net worth?

Many people are often curious about celebrities’ net worth. If you’re curious about the net worth of Catherine Zeta-Jones, then look no further. Based on our research, Zeta-Jones currently has a net worth of $45 million. For her noteworthy performance in The Mask of Zorro, the Welsh actress was paid $10 million. She also appeared in several box-office hits like Chicago and Ocean’s Twelve. Those films have definitely contributed a lot to Zeta-Jones’ massive net worth. 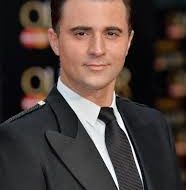 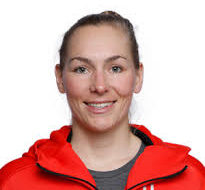 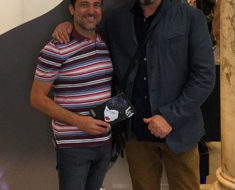 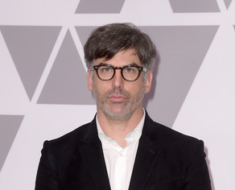