Get to know Bob Dole who was a WWII soldier, a senator, and an aspiring president. Here are the facts about the lawyer, including his net worth.

Robert Joseph Dole, who is better known as Bob Dole is a political figure known not only in the US but also from all over the world. Before he became a politician, he was a successful lawyer. Dole started representing Kansas in the Congress in 1961 and retired in 1996. He also served as the Republican Leader of the Senate all the way from 1985 to 1996. He was nominated for the presidency on the Republican ticket. 94-year-old Bob Dole was born in Russell, Kansas and he was the son of Doran Dole and Bina M. Both of his parents passed on. His father made a living through his creamery. Dole graduated from Russell High School in 1941 and proceeded to University of Kansas. He used to play basketball, football, and run the track for the university. The World War II disrupted his studies.

He was in World War II

Dole joined the US Army’s Reserve Corps to fight in WWII and protect the sovereignty of his nation. He became a second lieutenant in the army and with his 10th Mountain Division engaged the rival military near Apennine mountains, Italy. The Germans hit his upper back, and when the other soldiers saw the magnitude of his injury, they gave him a dose of morphine. He was transported back home in the US and recovered slowly due to life-threatening infection and blood clots. He recovered from the wounds after he was admitted to a military hospital. The then hospital is now a federal building known as Hart-Dole-Inouye Federal Center. Dole also received two Purple Hearts, a Bronze Star, and combat “V.”

Dole was hired for a Viagra commercial

Pfizer is a company that makes drugs, including Viagra pills. In 1998, Pfizer Inc. wanted to improve their Viagra sales and raise awareness about impotence. Their best choice was the then presidential contender, Bob Dole. Dole’s role was to engage the public through services, speaking and educational ads. However, the company didn’t reveal how much it was paying the lawyer, but being an influential politician, he must have been paid very handsomely. The Viagra commercial involving Dole was the first from the company to appear on TV. Dole also participated in the trials of the drugs and described them as “great drugs.” The sales of the drugs almost reached $1 billion at the end of the year it was first sold.

The lawyer and his wife wrote Unlimited Partners

The book titled, “The Doles, Unlimited Partners” tells the story of Bob Dole and his wife, Elizabeth Dole. The books describe Washington as a home for powerful couples like the Doles, and other married lawyers, journalists, and government officials. They use social pretensions to define who their identity. “Unlimited Partners” portrays the Doles as ambitious and self-driven. Dole and his wife Elizabeth Dole is a power couple that is at the peak of their careers, hoping that Dole will win the Republican nomination and probably be the next president of America. The book helps to offer the insight of the two and leaves the reader desiring to read more. The book boosted Dole’s net worth.

Dole is also the author of What Rough Beast

“What Rough Beast” is a book that narrates the story of a boy known as Robin. It was set in 1962, and in the book, the boy is forced by the staff in his boarding school to consult a psychiatrist to help him overcome his homosexuality. The psychiatric turns Robin into a schizophrenic, instead of a heterosexual and then Robin goes to look for the “Second Coming.” According to a reviewer, Doles book, “What Rough Beast,” treats the readers with a brand new perspective on one of the key pillars of the modern theology. It also helps to expose the intolerance for human differences and the story of young Robin. The book helped Dole to build his net worth.

Bob Dole remains the longest-serving Republican leader in the US Senate, and he received the Congressional Gold Medal on Wednesday. Dole was grateful for the honor and thanked the Senate for presenting it to him. Among the attendants were the House Speaker Paul Ryan, the Senate Majority Leader Mr. McConnell, the Minority Leader, Mr. Schumer and the House Minority Leader Nancy Pelosi. President Trump also had something to say about Dole, praising his political legacy. Dole served in the Congress for 35 years and is known for his sense of humor. Dole was also as a political commentator for Daily Show in 2000. The only people who have received the Gold Medal are the first president of the US, George Washington, President Andrew Jackson, Walt Disney, Harry Truman and a few others. Bob Dole got the award because he was a man of the Congress and a legislator and therefore getting the distinction was crucial, according to Loomis.

The lawyer, Dole has a net worth of $7.7 million. Most of his net worth is from his political career and book sales.

Even though he retired, Bob Dole is still a significant person in America. His past contributions helped to shape the country and most American citizens right now are living freely thanks to the laws that he helped pass. He deserved the Gold Medal. 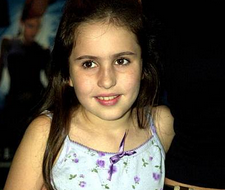 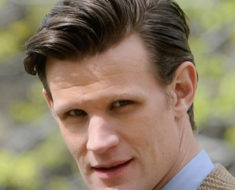 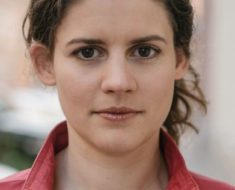