Five things you should know about the legendary actor and funny man Bill Murray. From his start in comedy to his net worth, unusual methods and tv show.

Bill Murray was born on September 21, 1960. His parents, Edward and Lucille Murray. Bill Murray had eight siblings. In his high school years, Bill Murray enjoyed causing trouble, music and acting. Though Bill Murray did not start off going to school for that, he started college as a pre-med major. A lot of Bill Murray’s awards were collected more recently in his life, he earned a golden globe and BAFTA for Lost in Translation (2003) and an Emmy for the tv show Olive Kitteridge (2014). Bill Murray is currently not married, though he has been married before. His first wife was Margaret Kelly in 1981 they had two children, Homer and Luke. They divorced n 1996 following Bill Murray’s affair with Jennifer Butler. Murray married Butler and they had four children. Caleb, Jackson, Cooper, and Lincoln. They divorced in 2008.

The fact that Bill Murray actually still acts is surprising since he is intentionally hard to get ahold of. Bill Murray doesn’t have an agent or manager. He refuses to answer his phone and directs any offers for roles to a number that goes directly to voicemail. There, whomever wants him to work on something they can leave their pitch and if he likes it based on that then he will get ahold of them. Bill Murray doesn’t hurry to check the messages either. It seems that he feels if there is a good script it will find him otherwise he doesn’t even care.

Before Bill Murray was known for famous movies like Lost in Translation, Groundhog Day and Scrooged, and tv shows like SNL, the actor Bill Murray started his acting career by joining a comedy troupe (improv), a suggestion from his one brother, which was run by Del Close. Chicago’s Second City. It wasn’t until Bill Murray made it to New York that he met John Belushi. If it wasn’t for Belushi Bill Murray probably wouldn’t have been nearly as famous as he is now. Belushi convinced Bill Murray to be a player on the National Lampoon Radio Hour. This led to his gig on Saturday Night Live.

Bill Murray Net Worth from Lost in Translation, Scrooged etc.

Bill Murray gives off a very chill vibe, in real life and a lot of time in his movies. Though Bill Murray seems to be easy going, its mostly when things are on his terms. Bill Murray has been known to cause some drama on various sets. The most notorious feud being the one with Chevy Chase. On the set of Saturday Night Live, they would often insult each other and sometimes have physical fights. This first happened when Chase was a host on SNL after he left the cast. Though they were able to patch things up for Caddyshack they continued their hate fest off and on ever since. Other known fights Bill Murray has had involved Sean Young, Lucy Liu, Harold Ramis and Richard Dreyfuss. A lot of the feuds he started himself, with Lucy Liu, Bill Murray said that she was a horrible actor while filming Charlie’s Angels. His treatment of her and others is rumored to be the reason Bill Murray was replaced by Bernie Mac in the sequel. Despite his seeming inability to keep the peace, this has not stopped the popularity of Bill Murray as a person, nor his ability to star in amazing movies.

Busness out side of hollywood

As though having an amazing acting career wasn’t enough Bill Murray has joined some non-acting business ventures. The first being Caddy Shack. No, not the movie but a restaurant. This venture he went in with one of his brothers. This restaurant is located in Florida. They advertise with all of Murray’s brothers as the spokespeople and their tagline is “Eat Drink and be Murray”. He also owns part of the St. Paul Saints independent baseball team, Charleston River Dogs, and several other minor league teams. Within the last few years, Murray has not only been revered for his acting but his cultural worship. He’s been the topic of many stories floating around the internet. He is his own thing, his own icon. He has been featured as a mascot for Chive. He also makes random appearances at strangers parties to stir up fun and stories.

Most recently Murray has been seen playing Steve Bannon on Saturday Night Live. His performance as Steve Bannon was the first foray into this impression and his make up alone for the role was stunning, but of course, his acting was even better. 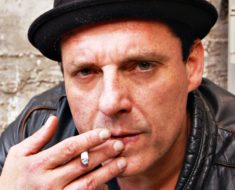 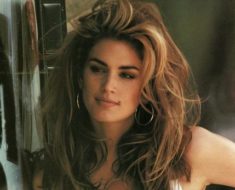 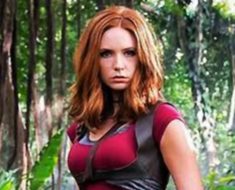 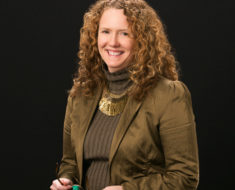