Beyoncé Knowles is a talented model, actress, musician, singer, songwriter and mother. She is popular for her beauty, unique voice and perfect music shows.
Her relationship with Jay-Z (Shawn Carter) started in 2002 and they got married 4 years later without publicity. Jay-Z is an  American rapper, entrepreneur, songwriter, and record producer. The Billboard Hot 100 ranked him as the biggest artist of the 2000s.

Beyoncé received numerous awards including 22 Amy Awards. Their family has a combined net worth of $1.16 billion.
In 2014, she became the highest-paid black musician in history and was listed among Time’s 100 most influential people in the world for the second year in a row.
Forbes ranked her as the most powerful female in entertainment on their 2015 and 2017 lists, and in 2016, she occupied the sixth place for Time’s Person of the Year.
This couple is known for the private family they have. Beyoncé believes that not publicly discussing their relationship has helped them a lot.

Beyoncé revealed that she was pregnant with their first child in 2011. Their first daughter, Blue Ivy Carter was born in 2012 in New York City. The media already knows this little 6 years old princess. You can hear Blue Ivy’s voice on their songs, Blue and Legacy. She also co-stars in the Blue music video.
Blue Ivy performed at the 2017 Grammys. This is a lifelong goal for most recording artists. She even had the chance to go on tour with Beyoncé when she was 19 months old. Beyoncé was pretty happy about being able to balance her life and her family.

We all expect Beyoncé’s daughter to have some moves. TMZ published a video of her ballet recital and she was killing it.

Blue Ivy is caring and nurturing as a big sister. She welcomed her twin brother and sister (Rumi and Sir) in 2017 in California and she was very excited about this.
Rumi and Sir are fraternal twins and they have completely different personalities. Sir has a mean stare like her father but Rumi is happy and sweet all the time. Rumi is the big sister and she was born first.

In September Beyoncé shared her Vogue’s photoshoot and behind the scenes video. This video is one of those rare contents she published that shows the twins face.
Beyoncé said:

“I am accepting of who I am. I will continue to explore every inch of my soul and every part of my artistry. I want to learn more, teach more, and live in full. As the mother of two girls, it’s important to me that they see themselves too—in books, films, and on runways. It’s important to me that they see themselves as CEOs, as bosses, and that they know they can write the script for their own lives—that they can speak their minds and they have no ceiling.”

Style runs in the family. Blue Ivy is so fierce because she has the best fashion icon to look up to and for this family and money is not an issue. You can be sure that Blue Ivy’s closet is better than yours.

Blue Ivy and Beyoncé were frequently spotted in matching outfits. Beyoncé shared the picture of their matching floral outfits at the Museum of Ice Cream.
They matched their dresses in the Beauty and the Beast premiere once again. Blue Ivy’s green and pink Gucci dress costs $2100.

The 2017 Grammys had a full tribute segment for Prince who passed away in 2016 so Blue Ivy chose a prince inspired pink suit and a high ruffled white shirt. The total price of her outfit for the Grammys was more than $3600. She said that Prince is her fashion idol.

This little fashionista attended the 2016 VMAs in a gold Mischka Aoki gown that cost $10950, wore a $2000 denim jacket to a basketball game and carried a $2675 Valentino Purse at the 2018 Grammys.
She is always wearing sneakers with her couture gowns to remind us she has cool pricey clothes but she is still just a kid. A lot of her closet items are Gucci like her mom but she mixes them with girly adorable trends.

Blue Ivy’s Halloween Costumes were eye catching every year. She is so cute and the dresses they choose are all so creative.
In 2014 Beyoncé and her daughter dressed up as Janet and Micheal Jackson and the details and the accessories they chose were adorable. In  2016, she dressed up as Barbie and the ’90s group Salt-N-Pepa.

The 18-months-old twins are barely ever in the spotlight like their big sister but this time Beyoncé made an exeption for the holidays.
She posted a picture with her kids. In this picture Rumi has the cutest yellow bows on her hair matching her dress.

In another picture, the twins are wearing simple with dresses and looking at the sunset on the beach.

Beyoncé is the co-founder of the brand Ivy Park (activewear line) and loved shopping but now sends her assistant to buy clothes for Sir and Rumi Then she decides which outfits stay in their closet.
The twin’s personal stylist is our beautiful Blue Ivy and she is practicing her fashion skills by doing so.

The clothes are not just random baby clothes, She loves high-end designer’s clothes and makes sure her brother and sister don’t miss out on trendy Gucci, Lilly Pulitzer and Dolce & Gabbana items and matches the cute ones together.
We expect Blue Ivy to continue to the twin’s personal stylist, hone up her fashion skills and have her own Blue Ivy original line soon.

Blue Ivy is not just matching her clothes with Beyoncé. This mini model attended the 2016 CFDA Awards matching her dad in monochromic tuxedo and bow tie.
They supported Beyoncé who was being honored in the Awards. She also matches her clothes with her cool aunt Solange and her grandmother Tina Knowles.

The personal stylists of the little trendsetters

We don’t expect Beyoncé going shopping for clothes. All of  this designer items and custom made clothes that Blue Ivy wears come from her own professional stylist and personal shopper.
Manuel A. Mendez is her personal stylist .He is one of Beyoncé’s personal assistants in the Knowles-Carter operation and chooses the glamorous dresses like the white tuxedo she wore to the 2018 Grammys, the gol Falguni shane Peacock Dress she matched with her mom and the poofy gold feathered dress she wore to the Art Gala.

Mendez has documented her fashion evolution on his Instagram page since 2013 and all of her fashion home run pictures are captioned with the designer names and the hashtags #KidsStyle and #KidsFashion.
He mixes the princess looks with modern items and brings new trends to children’s fashion.
Wait! he is also the stylist for the twins too.

Blue Ivy was born to be a star into a luxury and royal family and she was crowned the ultimate celebrity child before she was born.
She is just six years old and living a luxurious life like her mother. Her parents tried to trademark her name shortly after she was born.

The net worth of her successful and hardworking parents is around $1 billion and she has a $88 million house. This house has four swimming pools, a basketball court and many other rooms. it is one of the most expensive homes in the entire Los Angeles.
Blue Ivy is in the list of the richest celebrity children and more than 140000 people are following her on Instagram. She knows everything about trending topics and fashion.

We expect her to create a remarkable career in the entertainment industry and continue the path that was started even before she was born.
As for Sir and Rumi, we hope to more of them in the limelight and whether and whether Rumi will follow her elder sister footstep into the celebrity and fashion world! 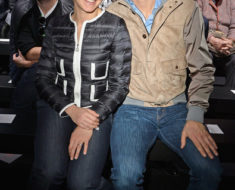 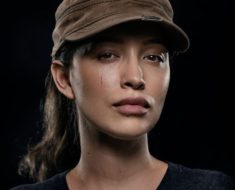 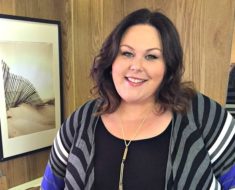 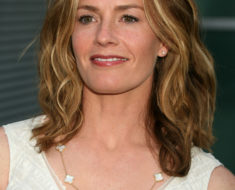 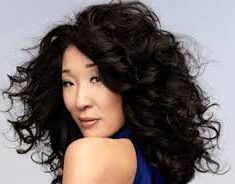